‘Soul of Heroes: Empire Wars’ RPG-Strategy Hybrid Is Free on Android and iOS 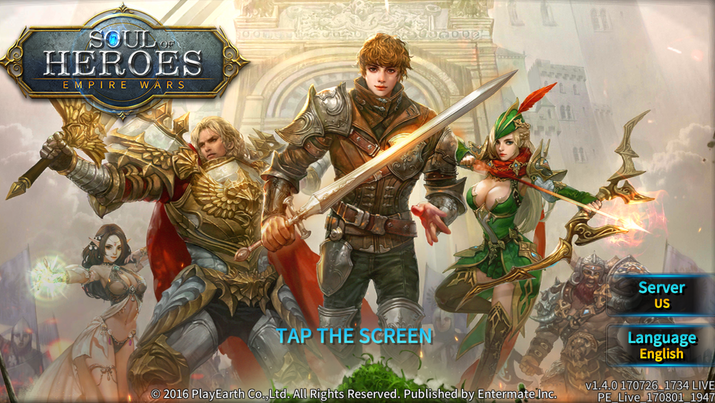 You can go ahead and enjoy the RPG-strategy hybrid Soul of Heroes: Empire Wars on Android and iOS for free!

You can create your own team that has Dealers, Tankers, and Healers to build the ultimate kingdom in the animated RPG. The heroes can be customized and equipped with gear to ensure victory in PvE combat. There’s also a tactical mode that players can enjoy.

The ‘Clan Battle System’ allows players to use servers and gather in one place to engage in strategic war. During guild-based contests, players can identify the best clan and develop their war skills through clan strategy and cooperation. Furthermore, the game also allows players to explore a large world and find out more about the backstories of their heroes.

“We love strategy games like Heroes Charge and Civilization. We felt that the Tactical RPG space – particularly on mobile – deserved a more strategy-focused approach, which is why we published Soul of Heroes: Empire Wars,” said Yong-Rak Choi (Marketing Director, Entermate).

“We’ve been counting down the days to launch. We’re confident that strategy and RPG fans are going to have a great time playing our game – whether they’re relaxing at home or out and about,” said Cha Ji-hoon (Business Director, Entermate).

Soul of Heroes: Empire Wars is currently available on iOS and Android. The game is free-to-play with in-app purchases.

Have you played Soul of Heroes: Empire Wars yet? Let us know.