The Legend of Korra Book 2 x 9 Review: The Guide 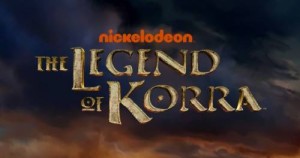 The Legend of Korra Book 2 returned this week and it kept up the pace it had from the two-part episode where we were treated to the amazing story of the very first avatar. This week the story focuses on accepting what a person can and can’t do, along with some major character development. It also takes a look at the interpersonal interactions between Tenzin and his siblings, which helped bring back the ‘family’ theme, Avatar: The Last Airbender, had. Let’s get to it!

After regaining her memory and knowing about the fight between the dark spirit ‘Vaatu’, and the light spirit ‘Raava’, Korra goes to the Air temple to ask Tenzin for help. She needs to go to the spirit world and close the portal before the harmonic convergence. This is where the interesting things begin to happen in the episode.

Ever since book 1 of the series, Tenzin has been shown as a wise leader and a mentor, not only to Korra, but to the Republic City as well. We know he’s the only airbending son of Aang, and has spent much time with his father, learning about the spirit world. Book 2 properly introduced his older siblings, the waterbending sister, Kya, and the nonbender brother, Bumi. This led to some interesting sibling dynamics this season: Kya is the wanderer of the three. Bumi, though a United Forces Commander, still feels he has to do more in order to make his father proud.  Tenzin has always been the ‘important’ one. When Korra comes to Tenzin for help, he takes it as something he was ‘always meant to do’. He takes Korra to different spiritual places on the air temple island but he is unable to enter the spirit world. This leads to the revelation that he’s never been able to make such a journey. Though his siblings are surprised by this, they don’t rub it in his face. This shows that even if the siblings have their differences, they still care for each other. 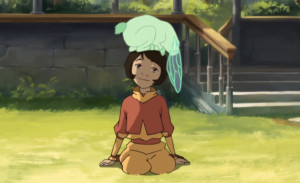 When it comes to character development, Tenzin and his daughter, Jinora, take the lead in this episode. Jinora, has a strong spiritual connection. She can even see spirits roaming around, but she’s afraid to tell others about it. Kya is the one who detects this and she supports Jinora to be the Avatar’s guide. Tenzin doesn’t accept it at once. He has been studying for years and thinks it’s too dangerous for his little daughter to make such a journey. I understood Tenzin’s reactions. Being a parent he doesn’t want his child to face danger, and as an adult he feels useless. He’s been trying to get into the spirit world for years, but a little girl, his own daughter, has the natural ability to do what he can’t. Tenzin begins to feel that he’s failed his father. However, Jinora, Kya, and Korra help him understand that everyone has a different task to do in their lives. 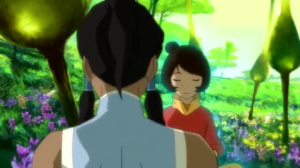 I was excited to see Jinora growing as a character ever since the promotional trailers for the season were released. I wouldn’t have had any problem if Tenzin was Korra’s guide, but the writers breathed some fresh-air into the whole ‘Tenzin is the wise one’ plotline. I feel it was a good thing for the writers to do. It helped Jinora grow, and allowed Tenzin to feel what his siblings have been feeling about not being able to live up to Aang’s standards.

As far as the rest of Korra’s friends are concerned. I didn’t find them interesting in this episode. Mako tries to find evidence against Varrick, Bolin is still being a diva, and Asami is trying to get back with Mako. I never enjoyed the Korra/Mako/Asami love-triangle. For me, Asami could’ve been a strong independent female character but that didn’t happen. Asami not believing that Varrick could be a culprit didn’t make sense, especially after what her father did in the previous season. She should be more suspicious about ‘business’ type people. Bolin looks like a lost cause. I don’t know what the writers want to do with him. Lin Beifong feels OOC this season. How can she not believe Mako after all they have been through the past season? The writers need to do something with these characters or just let them go because they distract from the major storyline.

All in all, this was a ‘Jinora and Tenzin’ episode and it laid the groundwork for the rest of the season. Korra and Jinora are now in the spirit world and I’m excited to see what happens with them. Korra’s cousins also appeared, and Eska going to help Desna when he’s injured, for me, hinted that the twins will go to Korra’s side near the end.

Best Bending: I would have to give it to Unalaq. The waterbending ‘ice drill’ he created in order to open the spirit portal was very cool!

What did you think of the episode? Has it caught your interest or do you think Book: Air is still better?