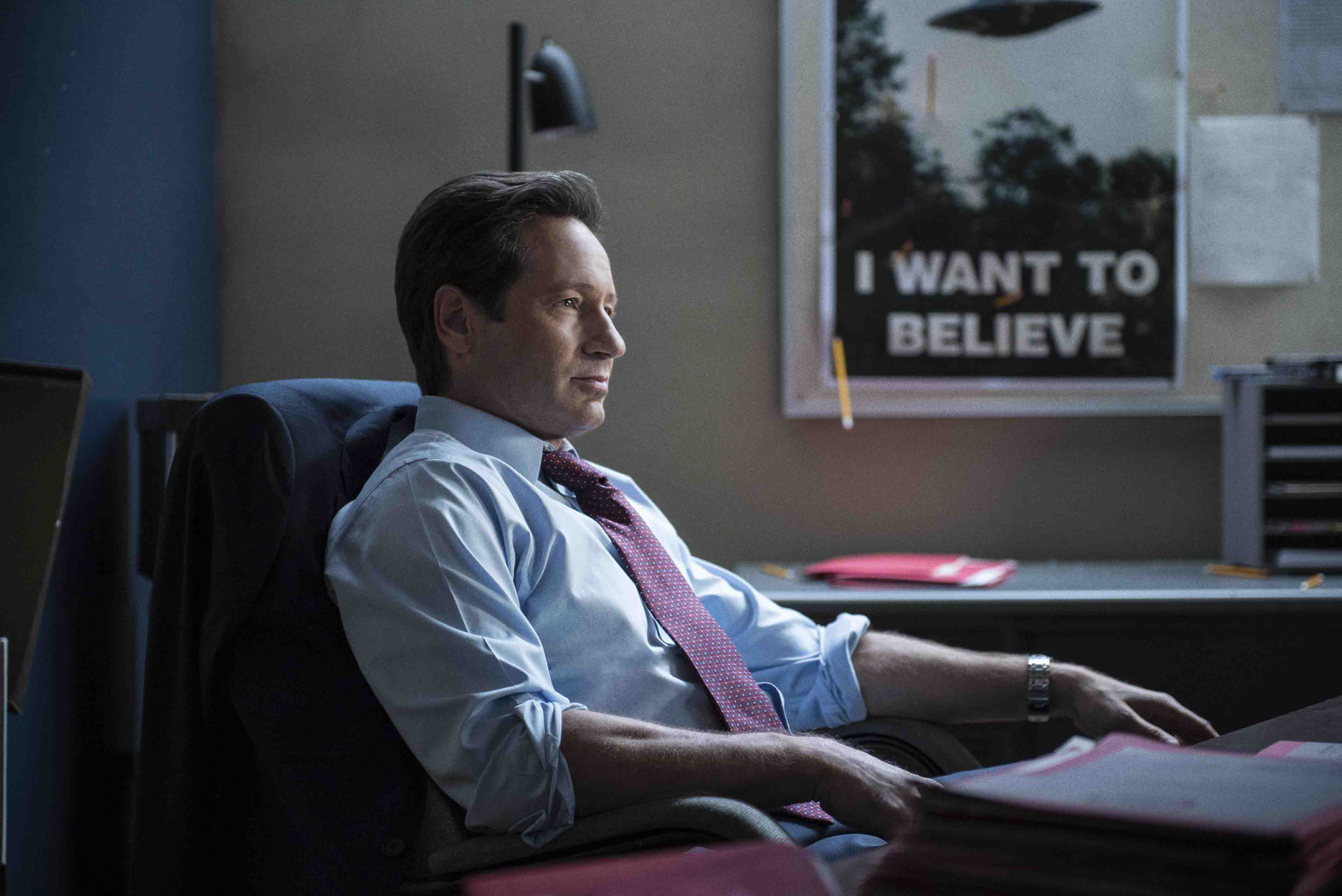 In “Mulder and Scully Meet the Were-Monster”, we have an actual laugh-out-loud-inducing episode reminiscent of “Jose Chung’s From Outer Space” – and no wonder, as both were written by Darin Morgan.

Admittedly, I didn’t know what to think for the first third or so of this episode. Last week’s “My Struggle” and “Founder’s Mutation” were both heavy and almost felt awkward, as if the actors were still finding their footing – or the writers were, depending on the filming order. But despite Mulder’s crappy attitude at the beginning of “Mulder and Scully Meet the Were-Monster”, and despite the abrupt change in tone that came with it, this season ten installment quickly found its footing, and in the end I was left wanting more like it.

The opening scene with Tyler Labine and Nicole Parker coming back to X-Files (and as stoners, again) was definitely a fun surprise, especially considering that their huffing was very reminiscent of Mad Max: Fury Road (I mean, their faces were covered with shiny gold paint). They set the almost over-the-top tone that made “Mulder and Scully Meet the Were-Monster” an episode that I want – no, need – to watch again.

But nothing was better than Rhys Darby (Murray from Flight of the Conchords) as Guy Mann. Yeah, we got some awesome Mulder and Scully moments…but Rhys really stole the scene. (Or at least every scene that he was in.) He did such a great job of telling his story about being a lizard-man who starts turning into a human by day because a person bit him – a crazy twist on werewolf tales – that while he was telling it I was constantly going back and forth between believing Guy Mann and thinking he was just a really good liar. 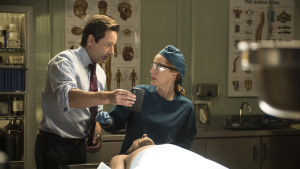 However, despite the fact that we didn’t find out what the lab results said until the mystery was solved, I realized pretty soon that Guy’s story was too coincidental and that there was someone else (the animal control officer) who was also always there when the lizard-man was supposedly attacking/killing people. I guess if one refused to believe that Guy could be telling the truth, this wouldn’t have been so obvious, but when I figured it out I was practically tapping my foot waiting for Mulder to come to the same conclusion. Still, the way they wrapped everything up in the end – with Mulder actually getting to see (and shake the hand of!) the lizard-man – was quite fulfilling after all his years obsessing over urban legends and how he was so sure at the beginning of “Mulder and Scully Meet the Were-Monster” that they were all BS. 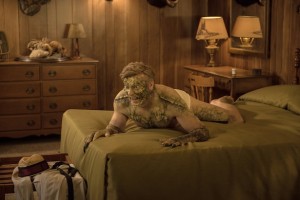 There was so much good in this episode that just thinking about it again makes me grin. Mulder throwing pencils at the “I Want to Believe” poster and Scully claiming that poster as hers? Awesome. The hilarity of Mulder trying to use his cell phone to get pictures of the “supposed” lizard-man, to the point where he ran after it brandishing his phone rather than his gun? Ridiculous and hilarious at the same time. That old Mulder and Scully banter that was maybe sillier than it used to be but good to hear after the oh-so-serious tone of the first two episodes? Such a welcome change. And again, I really can’t say enough about Rhys Darby, because his portrayal of a lizard-man who wakes up human and immediately just knows to do human things – and even gets tired of them in the same ways we all do, practically right away – was sheer perfection.

And yet there was one thing that really irked me. While we did see Guy and Scully “having sex” (something that didn’t actually happen, because in Guy’s words, as a human he feels compelled to lie about his sex life), we didn’t see what actually happened (him quitting his job and flipping out when she walked into the cell phone store to ask him a few questions). I can almost forgive that because if they’d shown him doing so, his lie about having sex with Scully would have seemed even more obnoxious…but then later we saw the animal control officer go after her, yet didn’t get to see her fighting him off. Why was Scully sexualized in a scene that portrayed something that didn’t actually happen, and then not given her moment(s) of glory when she was being her usual badass self? Bad form, X-Files. Bad form.

What did you think of “Mulder and Scully Meet the Were-Monster”? Were you as giddy about it as I am (for the most part)? Let us know in the comments!