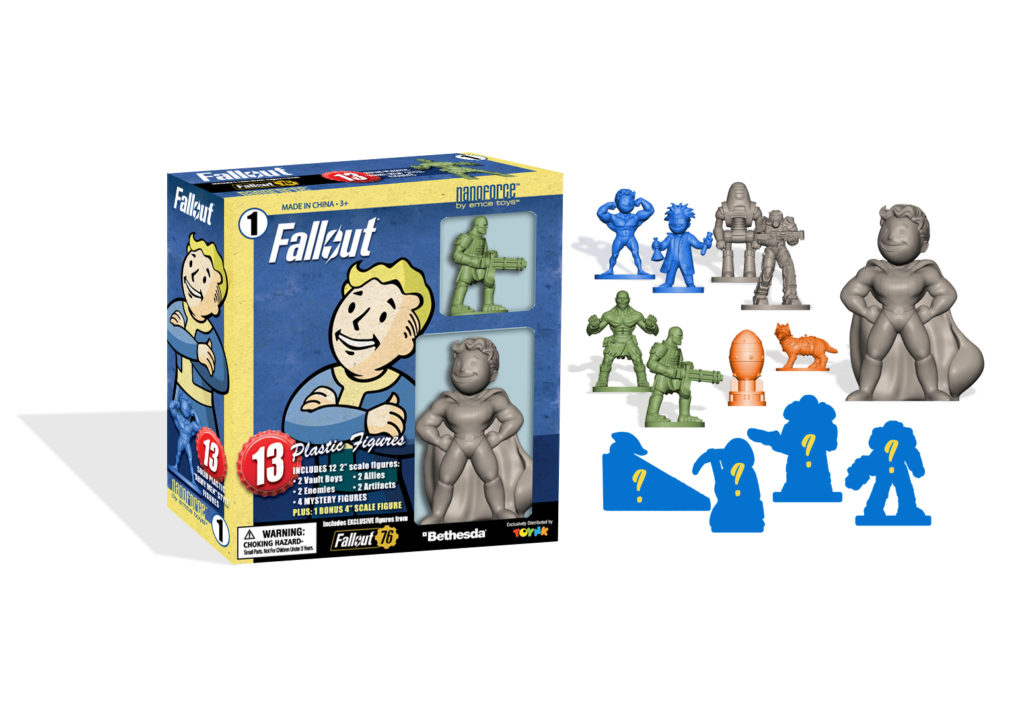 Toynk Toys is excited to announce their newest product line, by EMCE Toys, which features figures from the highly successful video game franchise Fallout. The new line will have a total of 52 collectible figures!

Fallout was released back in 1997, and since then it has grown into a very popular game franchise set in a post-apocalyptic world. Fallout 4 was released in 2015.

If you are someone who likes to collect Fallout swag, Toynk Toys has you covered. The Fallout Nanoforce Series 1 Army Builder Collection allows gamers a second chance to own Fallout figures similar to those of Bethesda’s now sold out Fallout 76 Armor Edition.

The Fallout Nanoforce™ Series 1 Army Builder Collection Line includes 52 highly detailed, army men styled figures from the Fallout Universe, designed for diehard Fallout fans who want to decorate their vault with the newest collectibles found in the Wasteland! The Series 1 Collection will be packaged in collectible boxed and bagged sets, and will be released in phases, starting from late 2018, to early 2019.

You can order Bag 1 right now from Toynk Toys. All Fallout Nanoforce figures are officially licensed by Bethesda and will be exclusively distributed by Toynk Toys.

Check out the image gallery!

Are you excited about owning a set of exclusive Fallout 76 figures? Let us know.