Vinyls for All: Funko at NYCC 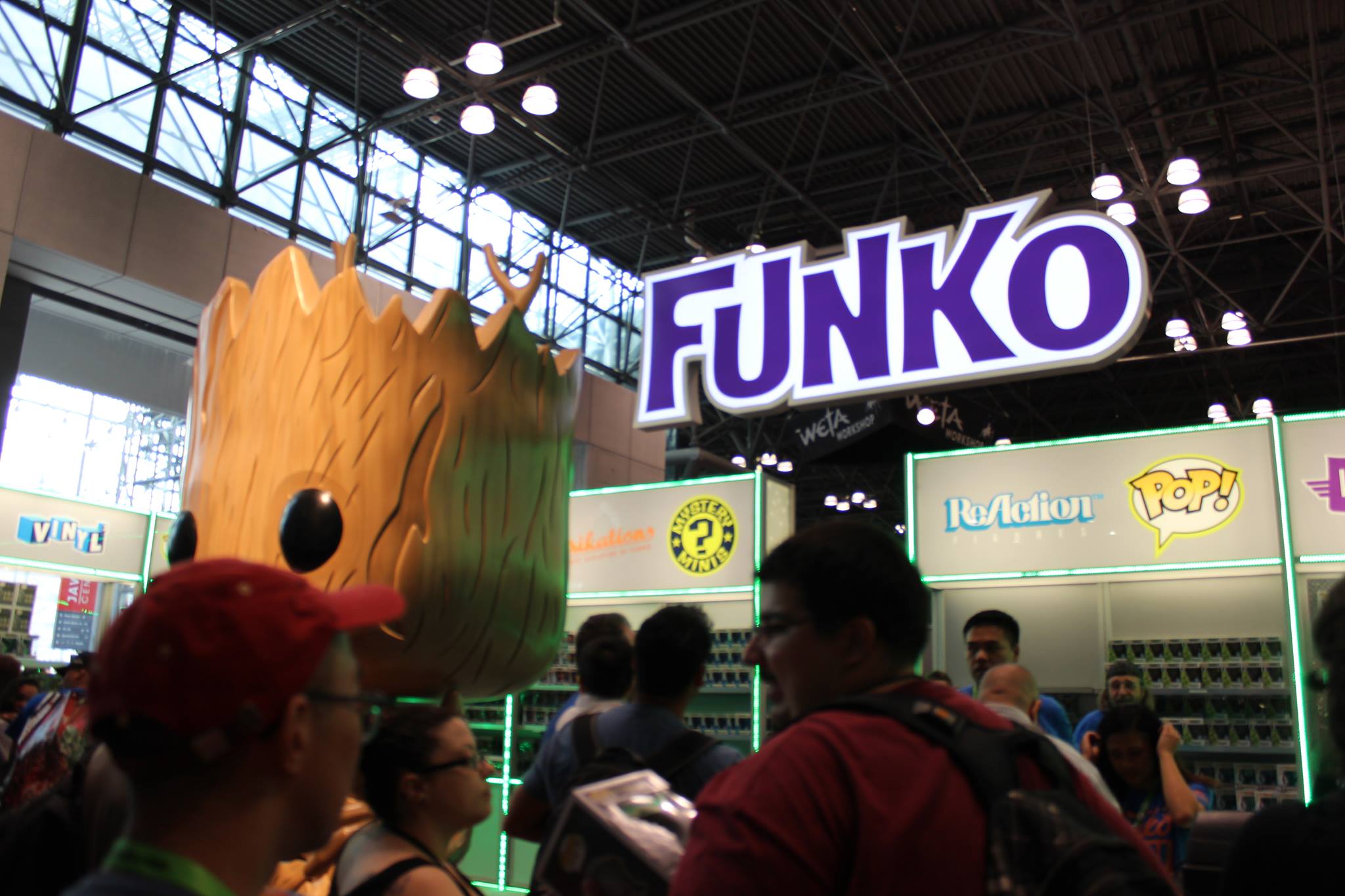 As always, there were massive lines at the Funko booth at NYCC. Both at SDCC and at NYCC, the offerings from Funko were divided: the main booth and Collectors Corps.

The main booth, which was ticketed this time (a first for Funko), had quite an array of exclusive offerings for con goers. They did open the booth up to the public (sans ticket) later on in the day, but mostly after a lot of the popular items had sold out. This time around there were the Pop Vinyls, Dorbz, Vinyl Idols, t-shirts, and a few other Funko lines. 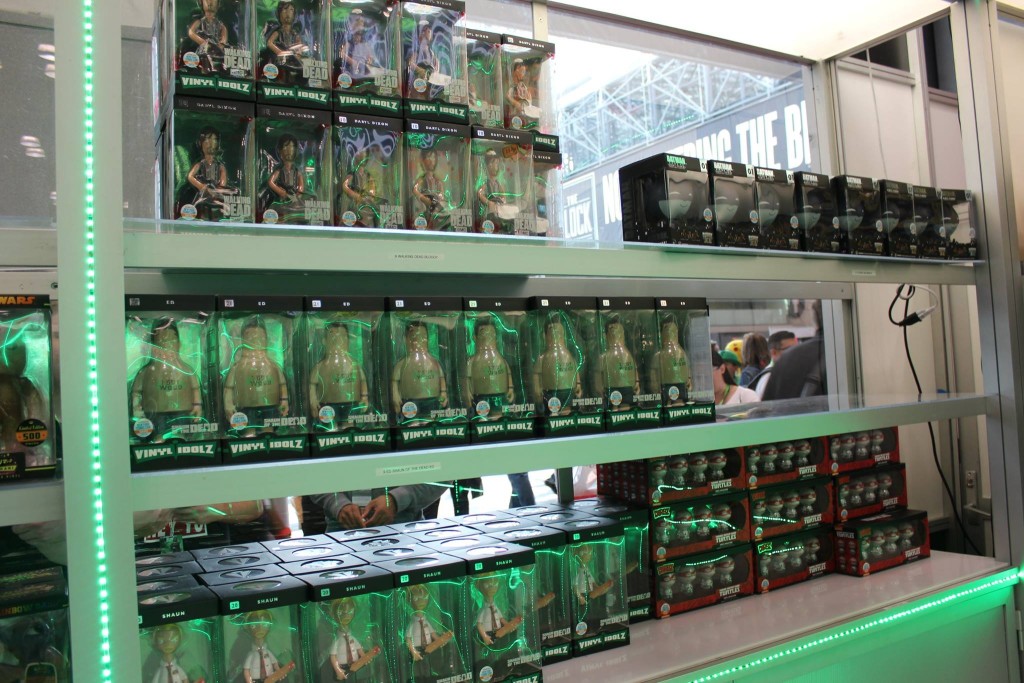 My personal favourites were the Rico variant from The Penguins of Madagascar and the Tenth Doctor variant in the orange space suit. Not conventional choices, but I never said I was. One of the big sellers, though, was the Iron Throne from Game of Thrones. Not being part of that fandom, I don’t get it, but the amount of people clamouring for it was impressive. 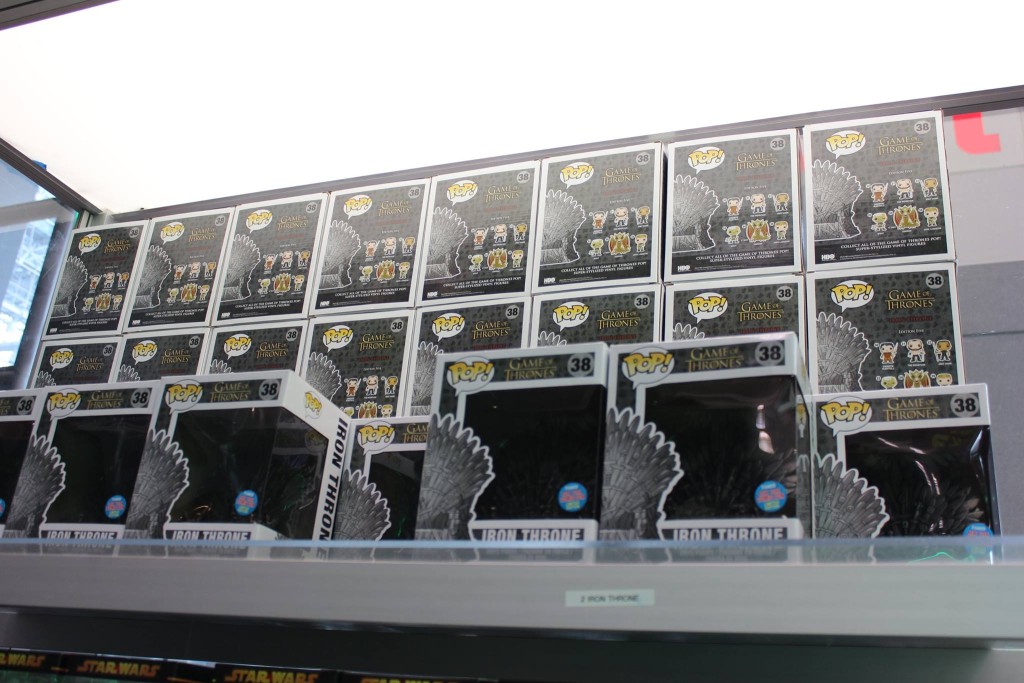 Across the aisle was the Collectors Corps booth. This is a subscription box service that Funko started back in May. On sale at the booth were three of their previous Marvel boxes for $25 each: Marvel, Ant-Man, and Secret Wars. 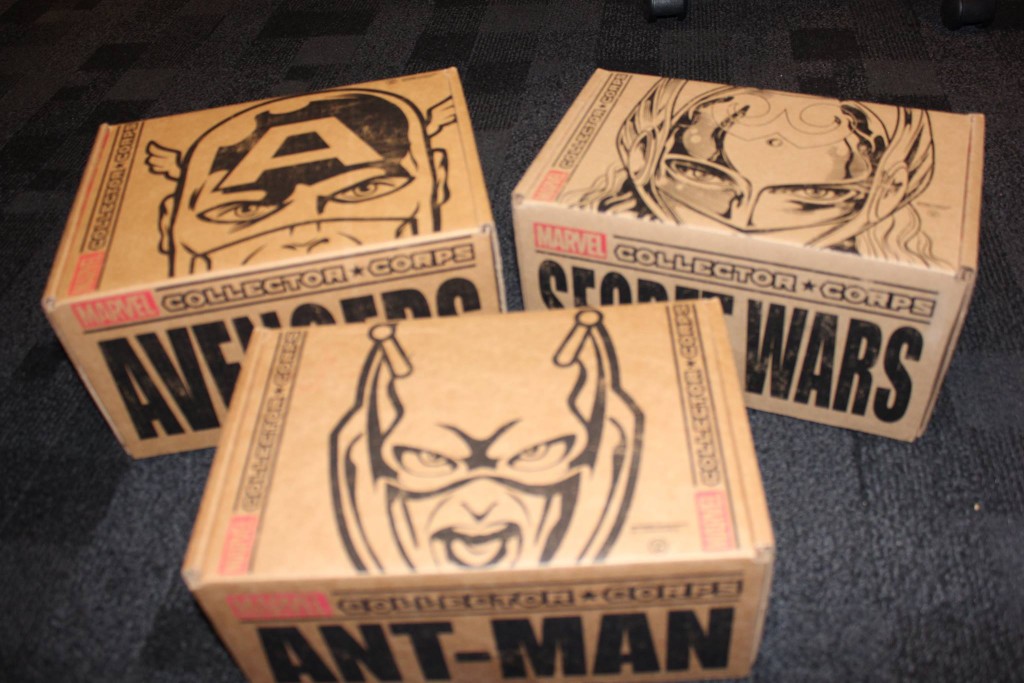 Inside each was an exclusive Pop, t-shirt, comic, patch, and pin (at minimum). I have to say, each exclusive Pop had its own merits. In the Ant-Man box, they gave you a scaled down Ant-Man, which is the smallest Pop Vinyl they’ve ever offered. In Secret Wars, the female Thor and a Spider-man variant were on offer. Nothing, though, was as cool as the Hulkbuster in the Avengers box. It was really quite heavy for vinyl, but awesome nonetheless. 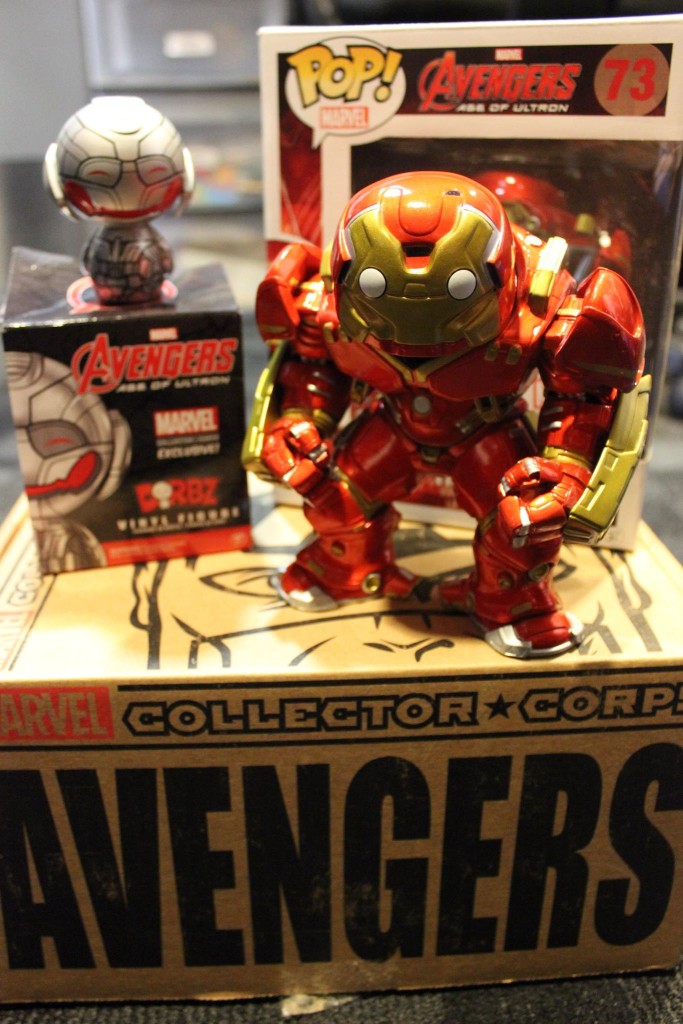 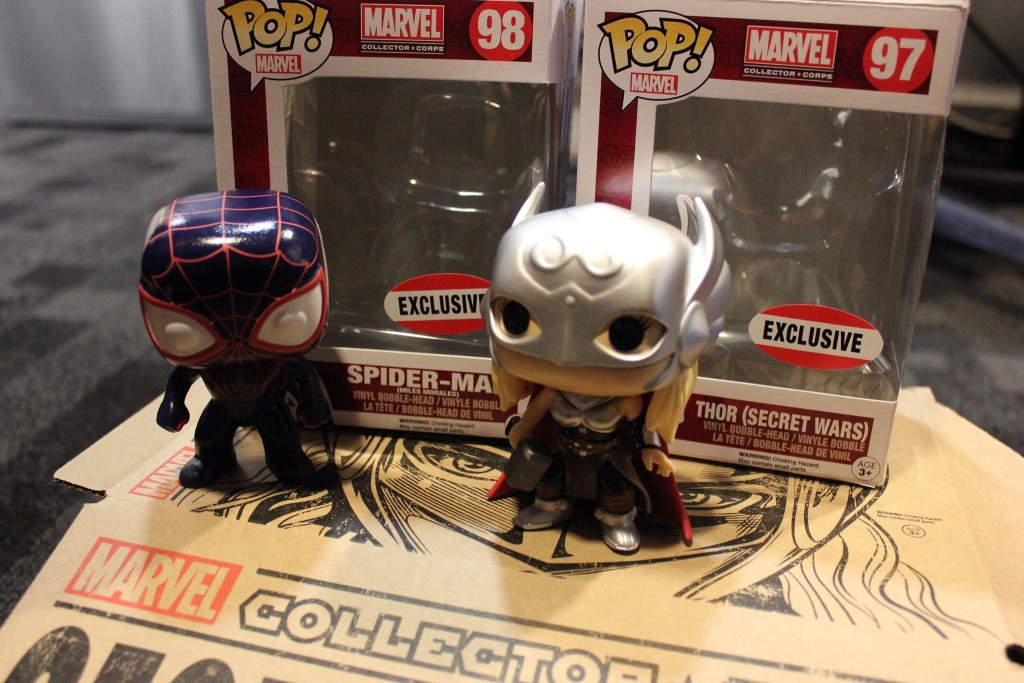 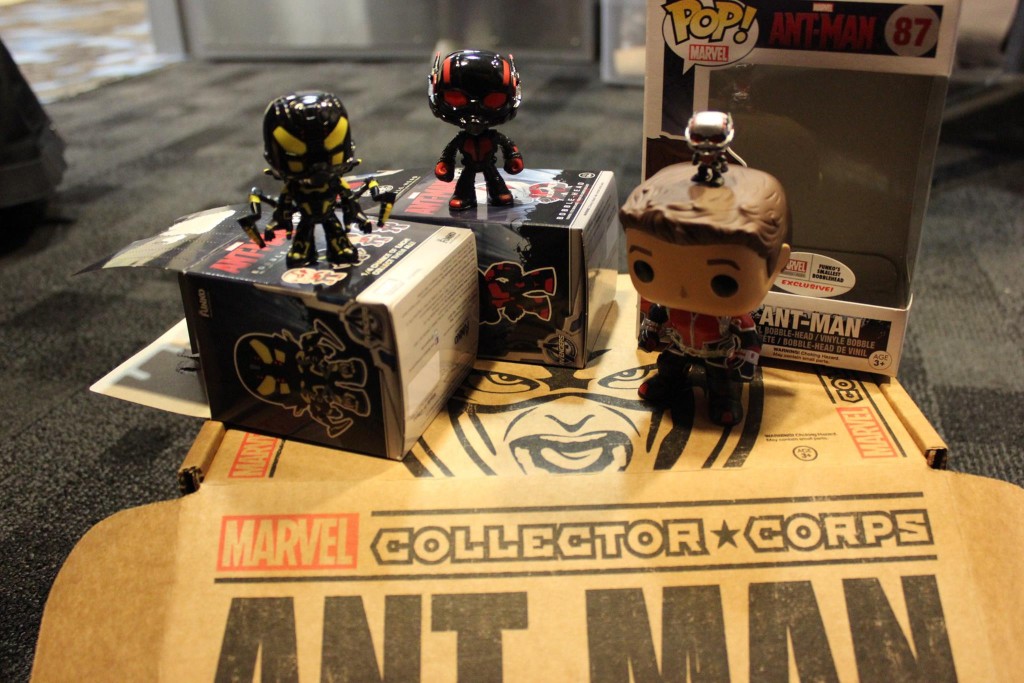 The next box in the series for their Marvel line is “Villians” which comes out in October. They were also offering a new Star Wars subscription box that drops in November. Both were available to pre-order, though the latter seemed to be vastly popular amongst the crowd. Unsurprising with the next installment of the Star Wars series on the horizon.

Ultimately, Funko did well at NYCC, with their booth in a prime location (as opposed to being near a back wall at SDCC). Though there were fewer choices available at this con, I don’t think it hurt at all. SDCC is bigger, but NYCC is right on its heels, so maybe next year we will get as big of an exclusive line up as our West Coast brethren.

Previous:Gay Superhero Couple, Hulkling and Wiccan, Back in New Avengers #1
Next: Supernatural 11×2 Review: Form and Void