What’s in the Box?! LootCrate at NYCC 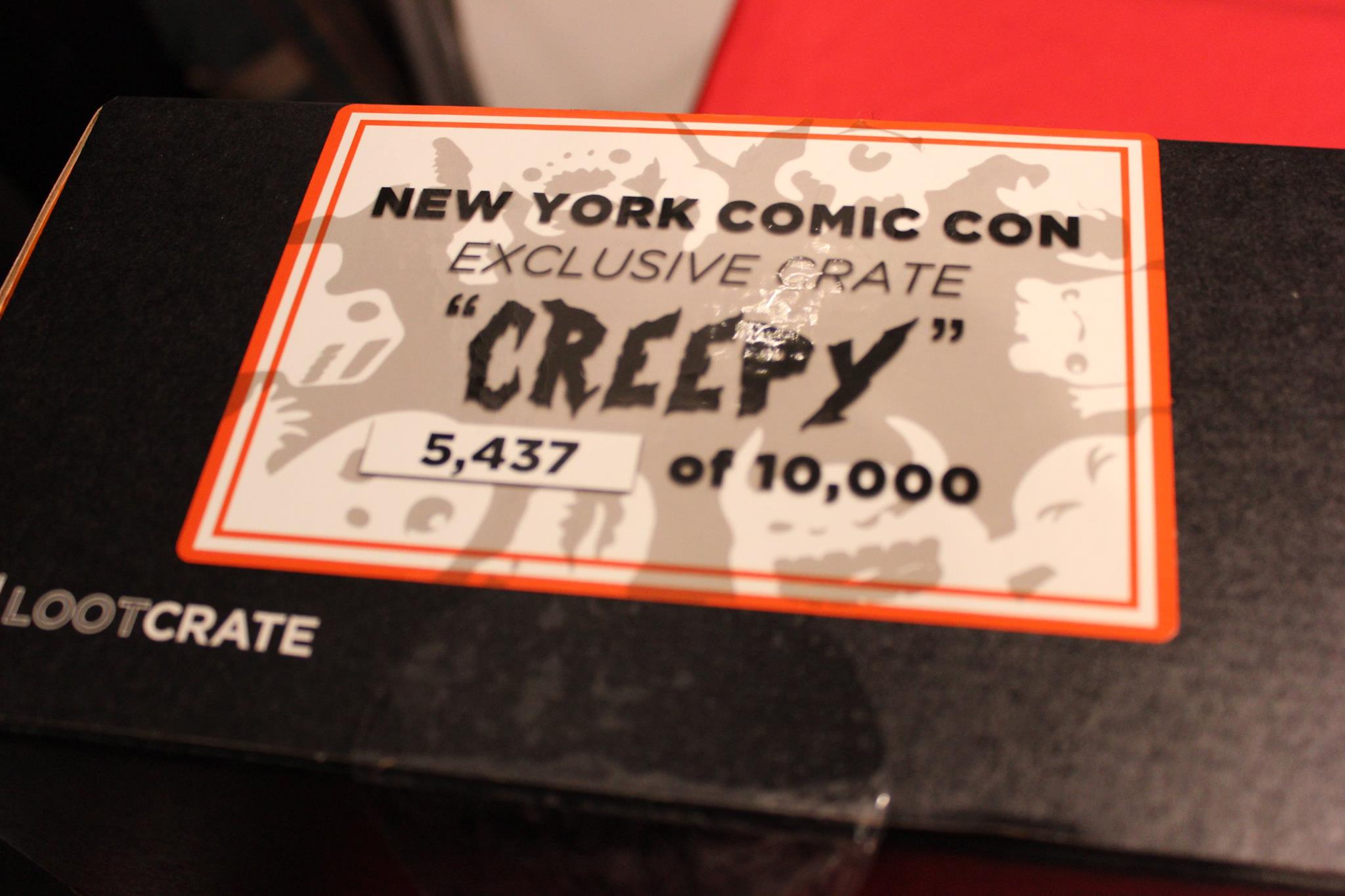 One of the pastimes of any Comic Con is queuing, and that was something that happened quite regularly over at the LootCrate booth this year at NYCC. As with their two exclusive crates from SDCC (Creature & Cosmic), there was an exclusive NYCC crate just in time for Halloween. “Creepy” definitely lived up to its name.

From this limited-run crate, there were a ton of items to chose from, but I went practical with my favorite. Can you figure out which one I’m talking about?

The first item up was a Funko Pop! Figure of Edith Cushing from Crimson Peak. I’ve heard good things, and considering I’ve seen every other Guillermo del Toro film, I’m definitely up for this one. 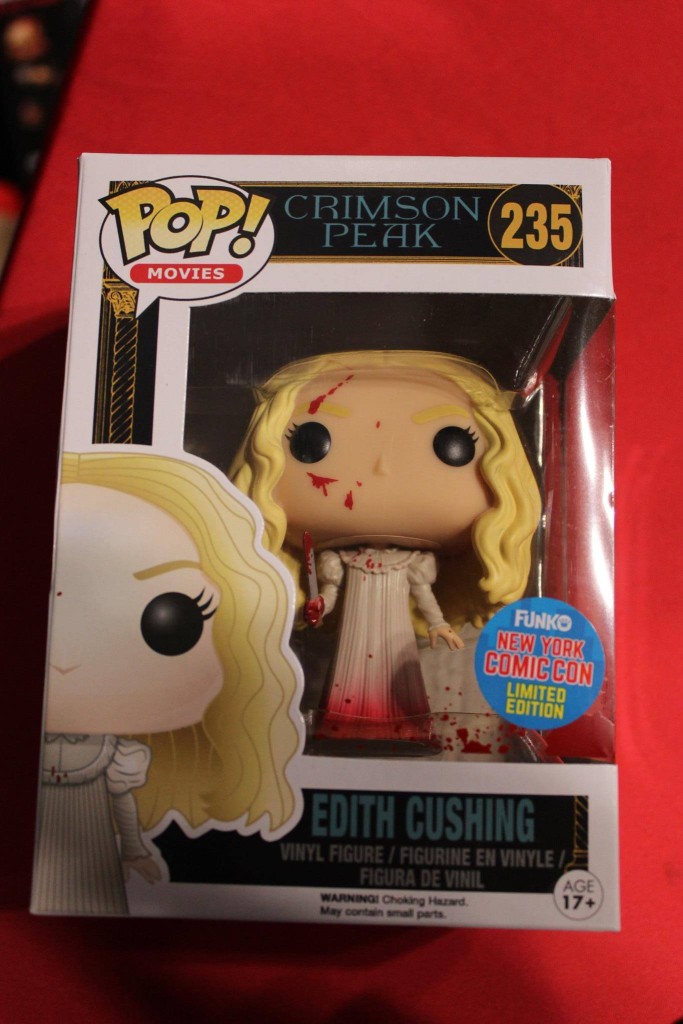 The next was from Mezco Toys. It was a Bride of Chucky vinyl figure wielding a knife. Yeah, that thing scared me as a child and it’s doing a damn good job of doing it today. Dolls and kids man, two creepiest things in horror movies. Did they really have to put them together?! 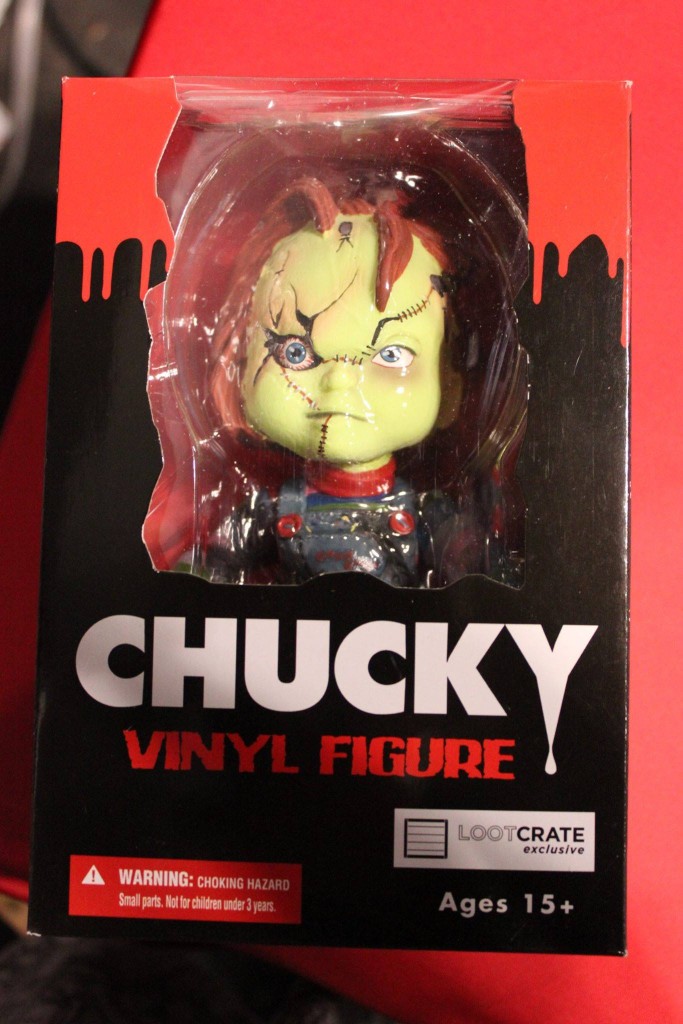 The third item was a mini painted ceramic zombie garden gnome. I don’t know if that counts as creepy, but it apparently glows in the dark. Okay, maybe a little creepy. 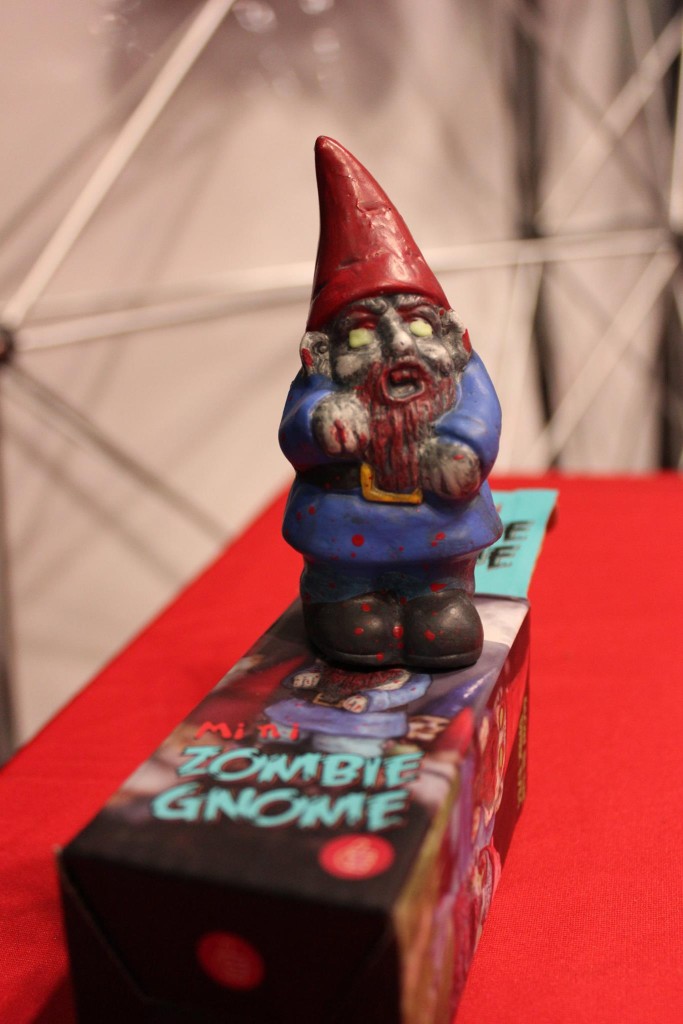 The most practical item (okay, so I suck at being subtle) was a collapsible umbrella from Umbrella Corporation (from “Resident Evil”). It’s worth noting that I got my box on Saturday, not Friday when there was a huge downpour and I needed it desperately. Figures. 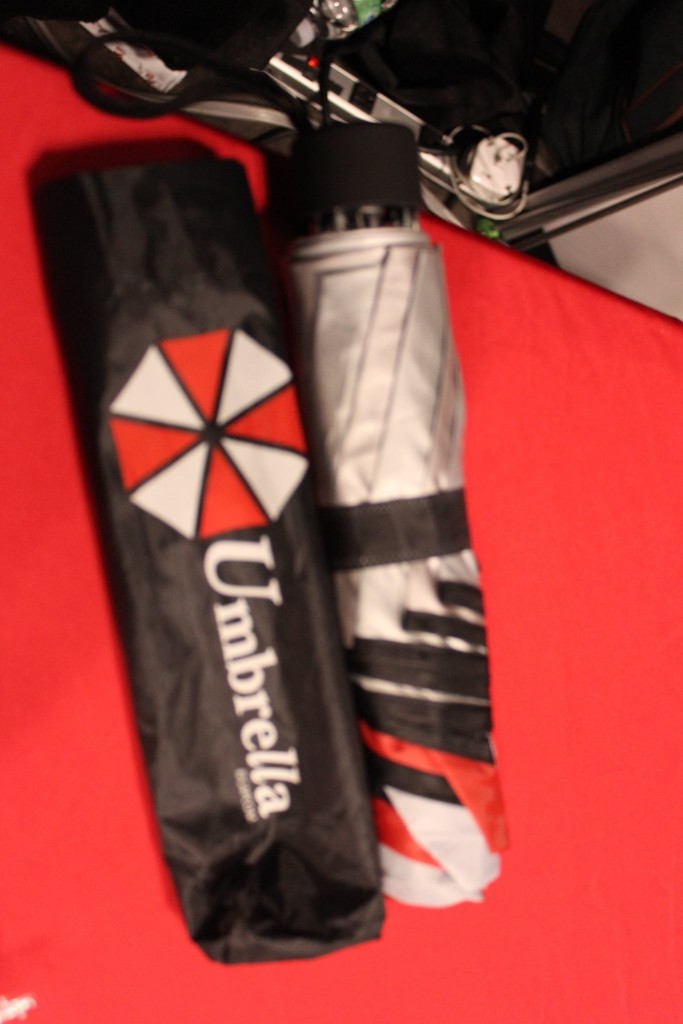 The last two items were “Fear in a Can” which was a mini air horn that screams – a necessity for scary costumes on Halloween night – and a set of beautiful foil cards from the Black Lantern Corps care of Cryptozoic. 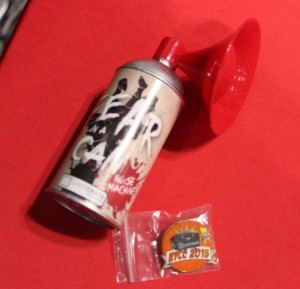 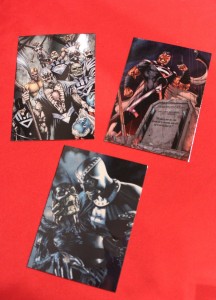 In addition to the crate, there was also a limited edition hoodie available. It was pretty sweet, and if you are a fan of the Alien movies, right up your alley. Available only in men’s sizes, the zip-up had the Nostromo on the front and an alien floating through the stars on the back. 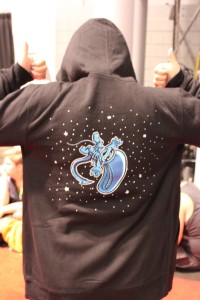 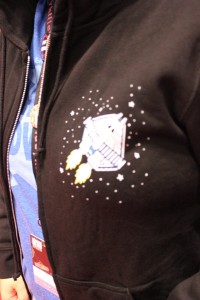 The past few months of LootCrate have been touch and go. August was Villans 2. September was Summon. The August crate contained a wooden Joker toy from DC Collectibles, very reminiscent of the Superman and Batman ones available as NYTF exclusives; a Los Pollos Hermanos apron from Breaking Bad, a mug shaped like Carnage or Venom from Marvel Comics, and a HYDRA pin. Call me lame, but the pin was my favourite thing. 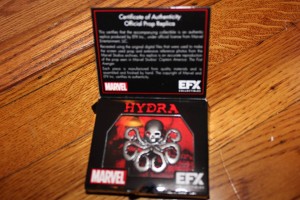 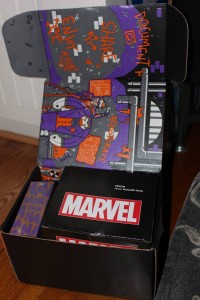 The September crate was highly anticipatory in my eyes, as it contained a Supernatural item. What we got in the crate was: a Pokemon hat, a Hearthstone stress ball and collectible coin, a Homer Simpson Buddha by KidRobot, a Master Summoner free game code, and, of course, an exclusive 1967 Chevy Impala variant from GL Collectibles (the license plate is C-45P4, which is the one from 1973). Can you tell that was my favorite item? 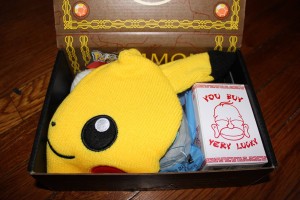 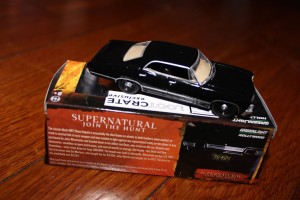 There is also the Level Up, which is now available as an add on or separate to the original LootCrate boxes. This has three different options that change monthly with the LootCrate main box themes. You can add socks, an accessory, a wearable, or any combination of the three if your wallet allows it.

Ultimately, LootCrate is getting better with their offerings. I’m definitely looking forward to next month’s “Time” crate, as I’m sure a lot of Looters (new and old) are as well.