Walking ‘In the Forest of Light and Dark’ with Author Mark Kasniak! 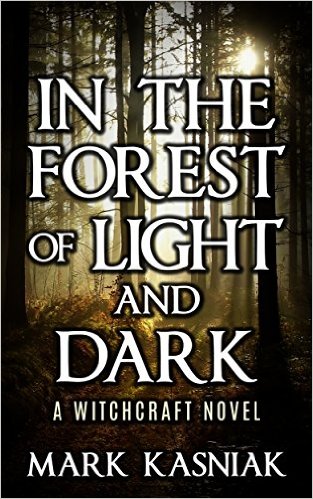 Today we have author Mark Kasniak with us. Check out our exclusive interview with the horror genre loving author!

Let’s get to know more about author Mark Kasniak, his work, and what his fans can expect from him in the near future.

Tell our readers a bit about yourself.

I’m a pretty simple person, kind of introverted. I hate crowds and drama; I love being out in nature and just spending the day in peace and quiet. I live in New York State, near Buffalo; it’s nice, but too cold, too often. Most times you’ll find me hanging out with my dog Tipper while he pretends to pee on everything. Of course I love to read, television is just awful with the exception of The Walking Dead and the Buffalo Sabres who hopefully will no longer be awful for the foreseeable future.

When did you realize you were an author?

I still don’t know that I have; I don’t look at myself that way. My story is simple really. I’ve read a lot of books, some great, a lot really good, and way too many terrible. After reading a lot of bad books, I, like many people I’m sure, said to myself, ‘How the heck did this get published? I can do better than this’. So, instead of whining about whether or not I could do better I decided to try and haven’t looked back.

Who are the other authors that have inspired your work?

George Orwell, 1984 and Animal Farm are absolute masterpieces. Seth Grahame-Smith is another, his Pride and Prejudice and Zombies books may be the best living dead novels I’ve ever read. Neil Gaiman is another author I really like, but I do find his work to be very hit or miss.

Hands down, it’s horror. I love the zombie genre, but I’ll read almost anything as long as it’s a good story. 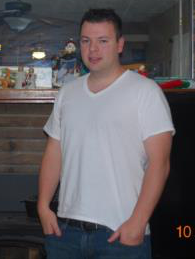 What can you tell us about your work In the Forest of Light and Dark? What kind of readers will enjoy it?

This was a challenging book to write, but that was the goal. I had a list of things I wanted to hit with it, and if I could, I figured I might be all right at this writing thing after all. My goals were to touch on writing from the viewpoint of a seventeen-year-old girl as she wrote from the viewpoint of her twenty-one-year-old self – not easy to do when you’re a thirty-six-year-old guy with no kids. I wrote my character Cera to have a rebellious, Southern rebel side to her, full of wit and sarcasm. I also wanted to hit on family strife and secrets. Of course, I wanted it to be a fun book about witches and witchcraft, for some reason not a lot of authors take on the genre. My audience? I think anybody can enjoy this story, from young adults to older.

Any thoughts on traditional and self-publishing?

Who doesn’t want to be traditionally published? See your book in hardcover on shelves at the local book store. I think the goal is ultimately to be traditionally published, but independent gives you an excellent way to build your platform, and maybe make a few dollars while doing it. I also love that indie publishing gives authors an option; it pulls power back from agents and traditional publishers. If they don’t want to lose great writers then they now truly have to start listening to what people have to say.

Are they any upcoming works we should know about?

Plenty! I just released a Halloween anthology titled, Autumn Harvest… a Celebration of Halloween and the Macabre on January 1, 2016. It consists of a dozen short-fiction pieces with a novella that will anchor the book. The stories are creepy and fun, definitely dark-humored. I will also be releasing a zombie novel titled, Lovienthal Montague Spiritual Detective on March 9, 2016. This book breaks from the mold of the traditional zombie book; it’s really a lampooning of the genre. I would describe it as trailer park boys meet the zombie apocalypse. I am also just finishing up with my fourth novel, titled Michael. It is about the archangel Michael having come back down to Earth on a mission to kill a child. Fans of In the Forest of Light and Dark will be interested in this one because several characters from that story continue on and play roles Michael.

You can get to know more about Mark Kasniak by connecting with him on Goodreads.

You can check out In the Forest of Light and Dark, and more of his works on Amazon.

Have you read works by Mark Kasniak? What did you think? Let us know!

Previous:“Passenger” Is a Powerful Page-Turner
Next: Star Wars: The Force Awakens and “True Fan” Culture