“Passenger” Is a Powerful Page-Turner 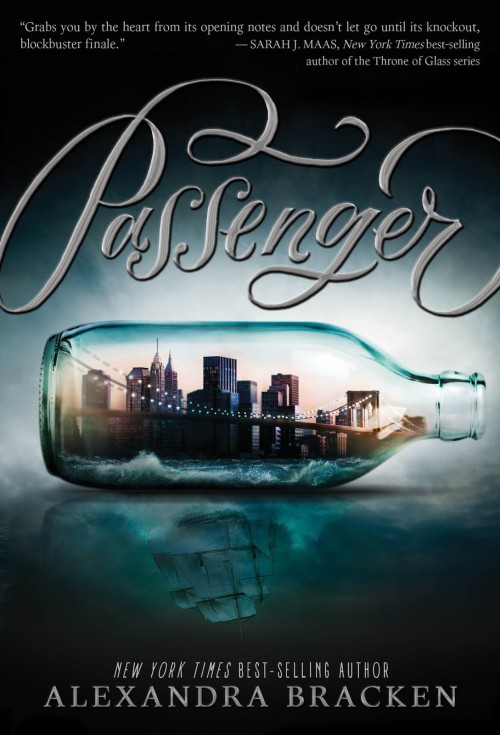 Etta’s only goal in life is to be a concert violinist, but during a performance at the Metropolitan Museum of Art, she’s ambushed and pushed through a rip in the fabric of time to the year 1776.

There, she finds herself facing the startling knowledge that the family she never knew has a seemingly impossible legacy. She and her mother are the last living descendants of a powerful family of “passengers”, people with the natural ability to travel through time. But her mother is in danger, and in order to rescue her and get back to her own time, Etta must make a deal with Ironwood, the very man responsible for her predicament. In exchange for her mother’s freedom, she must track down her family’s most prized possession, an astrolabe with the potential power to completely change the course of history, and bring it back to Ironwood. But Etta has plans of her own.

Passenger by Alexandra Bracken is a well-written science-fiction story with a fabulous, flawed female main character and a POC love interest from a completely different era. Different time periods and different countries are represented in a way that feels very authentic, at least according to this white middle-class girl from rural America. Time travel isn’t exactly an uncommon plot device in this day and age – look at Doctor Who – but the Passenger’s plot is truly gripping, and the writing is simply beautiful. (Of course, I did that thing again where I think it’s a solo book and it turns out to be the first book in a series, but what are you going to do.)

Passenger takes a different view of time travel than we’re used to seeing. The way the story usually goes, a person is sent back in time and warned not to change anything, because that could alter the future. In Passenger, Etta learns fairly quickly that messing with the future used to be par for the course, and that the future that she knows is not, in fact, the original timeline. There are rules, of course – namely not crossing your own timeline or attempting to change history – but with the ability to travel through time, it’s not difficult to see that people can be lured to the dark side. That kind of power, that kind of knowledge, is something that would tempt almost anyone. Etta herself is tempted and must wrestle with the ethical decision of whether or not to risk history in exchange for one person.

Etta is an intrepid heroine and one of the most fascinating characters I’ve recently read. The term “strong female character” gets bandied around a lot – especially in regards to YA literature – and generally refers to women who behave more like men. Etta is a classically trained violinist who doesn’t even have self defense training. She’s faced with incredibly stressful circumstances, and yet still manages to stumble her way through her journey with pluck and aplomb. She is fierce, determined, and beautifully flawed. The other female characters are much the same, each driven and fantastic in their own ways. Even Etta’s antagonistic relationship with Sophia – the girl who essentially kidnapped her – is well done. They don’t like each other, they don’t get along, but they are still able to somewhat peacefully coexist and even cooperate. Sophia is a villain, but not truly, and I feel that you can really understand her motivations and empathize with her.

Most fascinating is Etta’s relationship with Nicholas, Ironwood’s bastard grandson (the result of his son’s “indiscretion” with one of the family’s slaves). Nicholas is half-black and raised at a time when slavery was still very much the norm. He’s used to being viewed a certain way, whereas Etta comes from a time when things are sort of better and therefore doesn’t treat him in the manner he expects to be treated at all. One thing Bracken does well is deal with the issue of Nicholas’s race; as they journey to different times, people view Nicholas differently, and more than once Etta is forced to confront her own privilege.

Passenger has an engaging plot, compelling characters, and well-crafted prose. In short, it’s a powerful page-turner and a real trip…through time. I think a lot of people will really enjoy this story in the same way that I did. It’s more character-driven than you would expect, and though the plot moves slowly, it never feels like it’s dragging. I’m eager to read the next book in the series and find out what happens.

Passenger by Alexandra Bracken is published by Disney-Hyperion and is currently available wherever books are sold.

Previous:Crystal Reed Is Returning to Teen Wolf!
Next: Walking ‘In the Forest of Light and Dark’ with Author Mark Kasniak!