“Crown of Coral and Pearl” Review: Beautifully Written But Needs to Slow Down 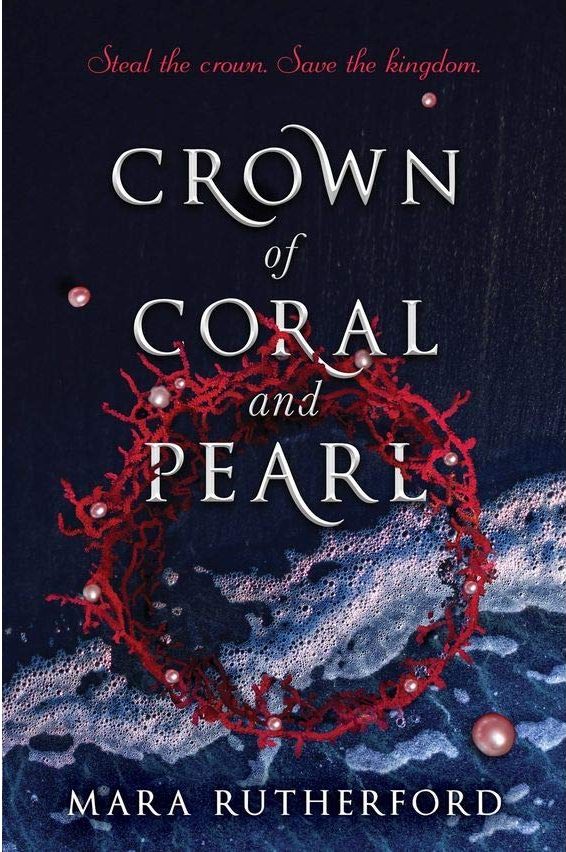 Mara Rutherford’s stunning debut, Crown of Coral and Pearl, is a richly detailed fantasy full of drama and political intrigue that sadly stumbles toward the end of the book and collapses under a rapidly increasing pace and cramming way too much in the last few chapters.

Crown of Coral and Pearl is following in a long line of YA fantasies that border on the dystopian and focus on the idea of beauty as a commodity. In the village of Varenia, which is located entirely on the ocean, beauty is prized more than any other trait, as all the eligible young women compete to be chosen as “most beautiful” so they can be sent to Ilara as the king’s bride-to-be. This is a custom that goes back centuries, and no one quite knows why it continues. Twins Zadie and Nor both know Zadie will be chosen, but she is in love with the son of the village chieftain and Nor desperately wants to escape their tiny village and see the world. After Zadie risks her life to take herself out of the running, Nor must take her place.

Rutherford did a fabulous job with the setting; it was so easy to picture the stilted houses that make up Varenia and the opulent caves of Ilara’s New Castle. Most of the characters are just as well-developed, and even the villain is humanized in such a way that, while you might not agree with his methods, you can still empathize with the idea of a motherless child watching his father die of unknown circumstances and worrying he will meet the same fate. Unfortunately, Talin does not seem to have much going for him other than his appearance, and we are warned multiple times not to base things on beauty. His “romance” with Nor is shallow and completely on the surface, which is sadly a continuous trend in media. Just because they are attractive doesn’t mean they’re meant to be. I was hoping their relationship would be fleshed out more, but it never quite gets the depth that it should.

My main issue with Crown of Coral and Pearl is the pacing. The first probably three quarters of the book are done well; the setting is established, the characters are introduced, you are starting to get a sense of the villain and what his motivations are, and if you’re paying attention you can probably figure out some of the things that aren’t being said. However, once the book approaches its climax, things start happening much too quickly. This title was sold as a one-book deal, which explains why Rutherford felt the need to give it an ending, but the ending it has is very Poochie’s home planet needs him. I hesitate to call it a deus ex machina, because I think there was enough groundwork laid that it didn’t come completely out of nowhere, but I can understand how some readers may feel that way. There is going to be a sequel, which will hopefully smooth out some of the rough edges of the ending.

I think this book could have done with a little better structure. Some of the plot points introduced at the very end would have been much better served in the sequel; even if a second book wasn’t guaranteed at the time, there are ways this could have ended without stuffing all of this information in the last chapter. As such, my opinion of the book went down a few notches. This could have been one of my go-to recommendations, but the ending sours it. Will these issues be fixed in the next installment? We shall see.

Crown of Coral and Pearl by Mara Rutherford is published by Inkyard Press and will be available August 27, 2019, wherever books are sold.

Previous:Boruto: Naruto Next Generations 1×121 Review: The Entrusted Mission – Protect the One Tails
Next: Epic Epcot Marvel News – Guardians of the Galaxy: Cosmic Rewind