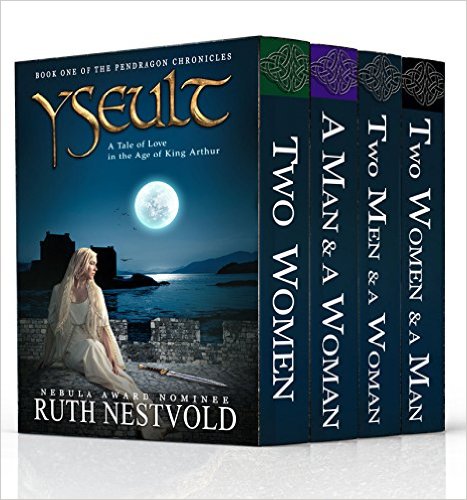 Today we have the extremely talented author Ruth Nestvold with us. Check out our exclusive interview with the author!

Let’s get to know more about Ruth Nestvold, other authors who have influenced her work, what her fans can expect from her in the future, and much more!

I’m an American expat living in Germany. I have a Ph.D. in English Literature, and I write fantasy and science fiction. I love traveling, roses, good food, my kids, my granddaughters, and my husband — among other things, and not necessarily in that order. I laugh a lot, sometimes too loud. I’ve been a waitress, a professor, a rock singer, and a localization expert, and now I’m a writer and translator.

When did you realize you were an author?

I personally don’t think you can “realize” that you’re an author. It takes a lot of work to hone your writing until you can produce a work readers will be interested in. When we start out, many of us think our words are golden and we don’t need to work on our craft, but we tend to learn soon enough how wrong-headed that is — either when the first critique group rips a story to shreds, or agents, publishers, and readers alike are completely uninterested in our work.

My first forays into writing were when I was in grade school, when I wrote epic animal stories. In 7th grade, I started writing my first historical fiction novel set in ancient Greece (unfinished). While I was in college and graduate school, I wrote poetry and song lyrics. The first novel I wrote was autobiographical garbage, which I luckily never attempted to show to the world. I didn’t finish a publishable novel until after I was done with my dissertation, and before I started my first university job.

Are there other authors who have inspired your work?

For fantasy, George R.R. Martin had a big influence on me. He was one of the instructors when I was at Clarion West, and the down-to-earth way he portrays the fantasy world in the Song of Ice and Fire series was a major inspiration for me when moving forward with Yseult. When I was in high school, I devoured T. H. White’s Once and Future King, and while my style is very different, it’s one of the main reasons I love everything Arthurian.

For science fiction, Ursula K. Le Guin was a revelation when I first started reading her work. I loved the way she was able to weave contemporary issues into tales of far future worlds.

Aside from fantasy and science fiction, I read lots of different things. About the only genre I don’t read is horror. When I’m traveling, I like to read thrillers and mystery novels. I read romances. I read literary fiction. I read historical fiction. Some of my favorite books of the last few years have been mainstream: The Book Thief, Remarkable Creatures, The Time Traveler’s Wife.

What can you tell us about your Pendragon Chronicles series? What kind of readers will it appeal to? 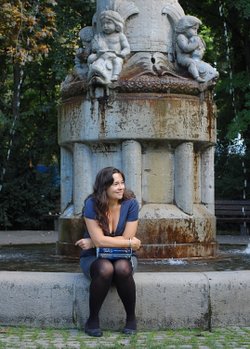 Elizabeth Bear critqued an early version of Yseult, the first book of The Pendragon Chronicles, and she called it “high mud fantasy” — a description I find very apt. It isn’t something for readers who want traditional high fantasy. Aside from a lot of historical detail, there are detailed battle descriptions, political maneuverings, and sex. While the books are based on Arthurian Legends, readers who want very traditional retellings are likely to be disappointed, since I try to adapt the stories to fit with the historical reality of fifth and sixth century Britain and Ireland.

Readers who are more likely to enjoy the series are those who like a heavy dose of reality in their fantasy, or don’t mind a certain amount of fantasy in their historical fiction. I tend to think they are something for fans of George R. R. Martin, Bernard Cornwell, and Rosemary Sutcliff.

What are your thoughts regarding traditional and self-publishing?

Yseult was originally published in translation with Random House in Germany, a big name publisher. But when my German editor was unable to sell the rights to the original English, they reverted back to me. That’s when I started self-publishing.

I don’t think self-publishing is for everyone. While the rewards can be a lot greater, an author also has to be willing take a lot more responsibility for her career. She has to stem the expenses for editing, cover design, and advertising herself. But for an author willing to take on those tasks, instead of earning 10-15% of the cover price of her books, she can earn 70%. And it isn’t as if a traditionally published author doesn’t have to do any marketing. These days, publishers expect authors to be involved in social media. And while they may not expect authors to pay for advertising, that doesn’t mean the publisher is going to advertise the book.

I like the control self-publishing gives me. At the same time, I wish it didn’t take as much time from my actual writing as it does.

I know this might be a tough question to answer but are there any favorites from all the works you’ve completed?

That is a hard question, since I really only write books and stories I would want to read. But I have to admit, Yseult is special for me. Since studying the medieval Tristan in college, I’ve loved the tragic love story of Tristan and Isolde. In the late Middle Ages, it was eclipsed by the story of Lancelot and Guinevere, an invention of French medieval authors who were retelling the “Matter of Britain.” While writing Yseult, I had a lot of fun researching older narrative traditions for my retelling.

I’m also very fond of my SF novella Looking Through Lace. It touches on a number of topics that mean a lot to me. It took me months just to develop the languages I used in that story

Chameleon in a Mirror is also high on my personal list of my completed works. Like the heroine Billie in that novel, I think Aphra Behn, the first professional woman writer in the English language, is one of the most amazing, talented, determined, and largely unrecognized women who ever lived. And, like my heroine, I’d love to help to rehabilitate Aphra. I like to think that the novel *can* contribute a little to Behn’s reputation, just as my heroine dreams of doing.

Are there any upcoming works we should know about?

Right now I’m working on a Pendragon Chronicles prequel, Ygerna — a radical retelling of the legends surrounding King Arthur’s birth. I also have a rough draft of A Wasted Land, the next book in the series after Shadow of Stone. A Wasted Land goes beyond the legends and into the uncharted territory between Arthurian tales and the beginnings of written history in Britain.

You can get to know more about Ruth Nestvold through her website, and blog.

You can check out works by the author on Amazon.

Yseult (The Pendragon Chronicles Book One) by Ruth Nestvold is also featured in our astore.

Have you read works by Ruth Nestvold? What did you think of them? Let us know!