“Worlds of Ink and Shadow”: Just Because It’s in Your Head Doesn’t Mean It Isn’t Real 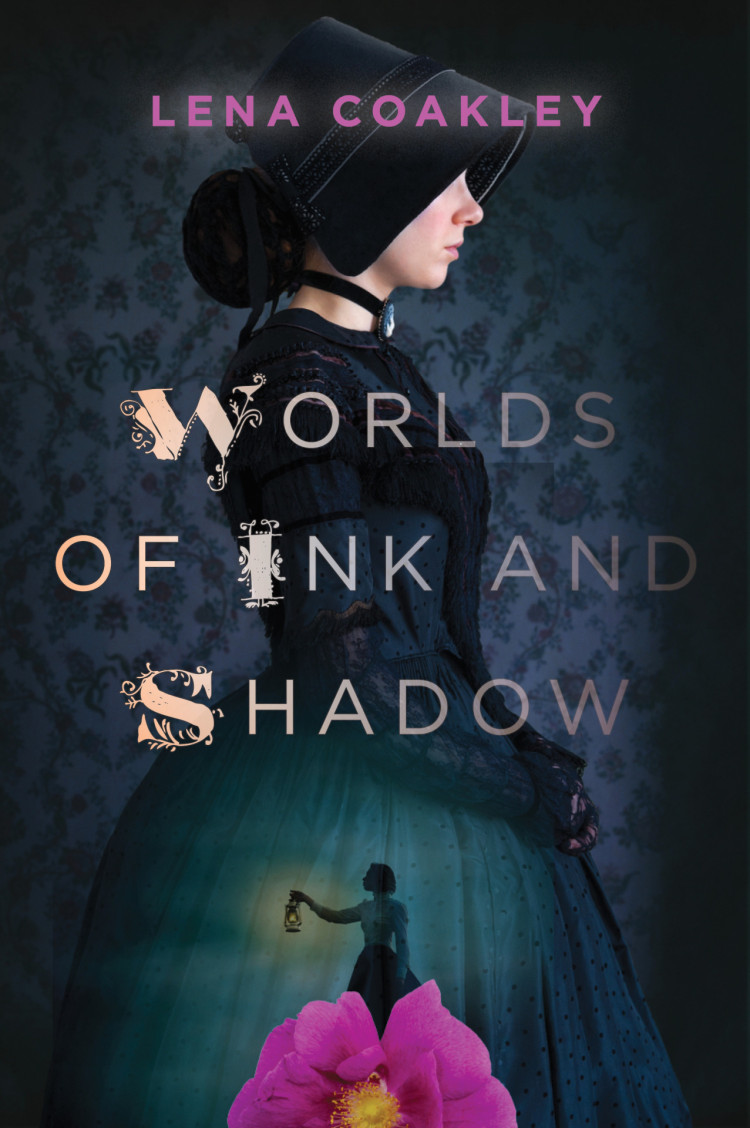 When people say that writing takes them to another world, they’re usually being figurative. Not so for the Brontë siblings.

Their imagination literally transports them to another world — a world of their own creation called Verdopolis, where they are able to interact with their characters and guide their stories as they wish. But where Charlotte is beginning to realize that she will never be able to write a satisfactory love interest for her hero Zamorna, Branwell suspects that his dastardly Rogue is becoming more self-aware than a fictional character should be. Suddenly their creations are failing to follow their guidance, and the stories are taking on lives of their own. …And of course, there is a price for crossing over.

Worlds of Ink and Shadow, by Lena Coakley, focuses on the famous literary Brontë family – siblings Charlotte, Emily, Anne, and Branwell – and presents a fantasized account of their teenage years. There is fact in the fiction, of course, such as the siblings’ cooperative writing processes and the deaths of elder sisters Maria and Elizabeth from tuberculosis (an event which continues to haunt Charlotte and Branwell throughout the novel). This book may or may not be an attempt at a creative explanation as to why the Brontës moved away from the fantasty stories of their youths and towards more realistic ones.

For the most part, I enjoyed the book. It’s a fabulous premise, one that I as a writer can absolutely get on board with. The idea that the worlds you write about exist in some form, that you can actually journey to them and interact with the characters you’ve so lovingly created, completely and totally appeals to me. However, I don’t think I’d be willing to deal with the price – which, although you don’t discover what it is until more than halfway through the book, is probably exactly what you’d expect.

I found the characters to be fairly well-developed – flawed and interesting, with believable motivations and reactions. This can often be difficult to achieve when said characters are based on real people and not simply total fabrications of the author. Purists may grumble at the historical liberties taken, and anyone extremely familiar with the Brontës and their background may not be able to completely separate themselves, but as someone who knows very little about such well-known female writers I found them to be very engaging. Their closeness was evident, not to mention kind of important, considering how this story ends.

There were a few issues with the pacing; the plot doesn’t really begin to pick up until nearly halfway through, and the story tends to drag at parts. I received an ARC from NetGalley and had problems with formatting, which often made it difficult to determine what was going on, but as it’s an unedited proof, I don’t expect those same errors to be present in the final e-book.

Pacing and formatting aside, the plot is enchanting, the characters are interesting, and the writing harkens back to the mood and romanticism of a novel by one of the Brontës. I have definitely read (and even recommended!) far less interesting books. I’ve seen some criticism about much of the action “not really happening”, as in taking place largely in an imaginary world inside the characters’ heads. Well, to paraphrase another famous British author, just because it’s happening inside their heads doesn’t mean it isn’t real.

Worlds of Ink and Shadow might not be a “can’t-put-it-down” read, but it was charming and well-crafted. I suspect that fans of historical fiction, fantasy, and the Brontës themselves will appreciate and enjoy the story just as much as I did.

Worlds of Ink and Shadow by Lena Coakley is published by ABRAMS Kids and is available January 5, 2016 wherever books are sold.