Welcome to the Ballroom 1×08 Review: Reality 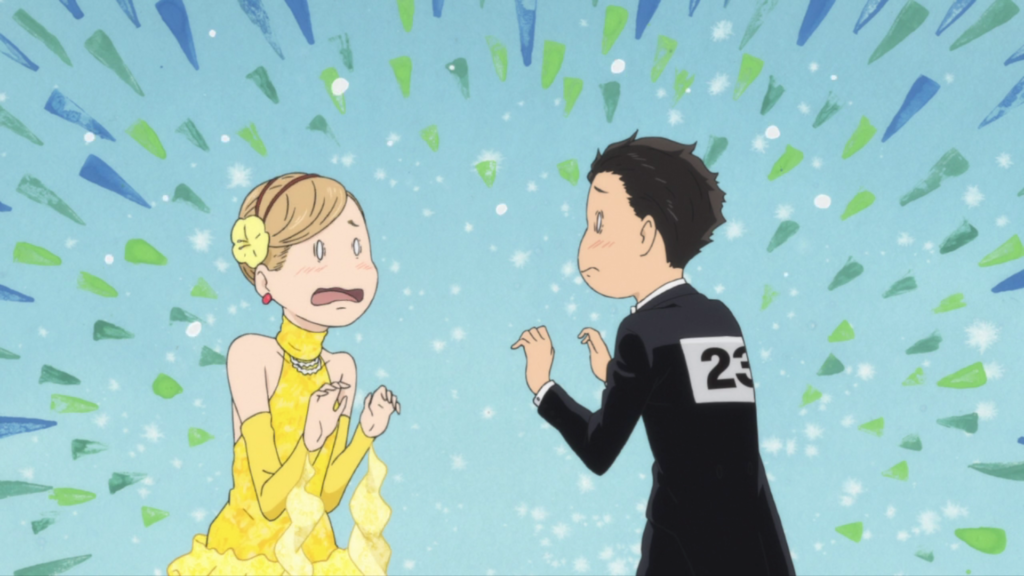 While Welcome to the Ballroom is moving along at a fairly steady pace, at times it seems to drag a little. “Reality” did a great job in showing some character progression, but the fact that we’re still at the Tenpei Cup for another week is a little ridiculous. Just get to the finals already!

It’s hard for me to get a handle on Shizuku as a character. She’d been kind of meek and in the background for a few weeks; in last week’s episode, she got her spine back. But in “Reality”, it’s clear that she is suffering from some severe self-doubt. It makes sense – she’s only about fifteen years old – and I can understand that she feels left behind in the shadow of Hyodo’s obvious talent. I tell myself it’s because she’s fifteen that she seems to be unfairly taking things out on Tatara, even after seeing Gaju bully Tatara and Mako for weeks.

I wish we knew more about what’s going on in Shizuku and Hyodo’s relationship. Hyodo doesn’t seem upset at all that Shizuku has a new partner – though to be fair he probably expected she would, considering his injury. Even a few months is a long time to be out of such a competitive sport, and Shizuku couldn’t afford to lose the time. He also seems to be fairly dismissive of her, declaring her the enemy that Tatara needs to take down in order to win.

“Reality” also showed one of the drawbacks facing Tatara as he tries to enter the world of competitive dance: he’s only been doing this for a few months, and everyone else has been doing it for years. Stamina is not something that you think of when you start doing a sport; he probably didn’t realize how exhausting it would be, and Sengoku hasn’t really been a proper mentor to him. Speaking of Sengoku, I did appreciate how he seemed upset that he hadn’t given Tatara any advice. The anime tones down his  more jackass-y qualities, and I thought this was a nice touch.

A big point in this episode is Mako’s evolution. She lacks confidence – unsurprising after seeing what her brother is like – and so far she’s just been willing to follow Tatara. In “Reality”, she finally has the courage to make a demand, and the trust in Tatara that he can deliver. One thing is for sure – the finals next week are going to be amazing.

Are you guys watching Welcome to the Ballroom? What did you think of “Reality”?

Previous:Warbringer Gives Us the Modern Young Wonder Woman We All Need
Next: The Complete Black Sails Season 4 – Blu-ray Review