Will ‘Guardians of the Galaxy’ Pass the Bechdel Test? 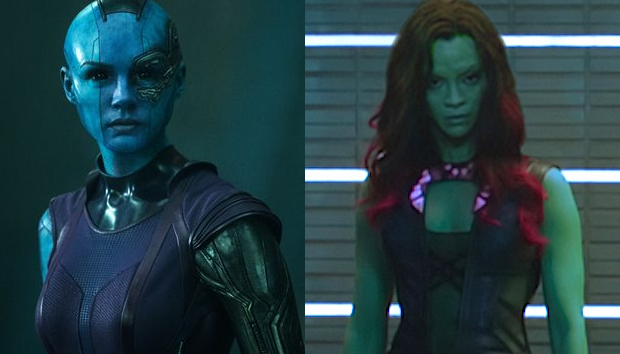 As a fan of the Marvel Cinematic Universe, I’m extremely excited for Guardians of the Galaxy to come out this August. I’ve latched onto the character Gamora, played by the always incredible Zoe Saldana, and I’m very excited to see Karen Gillian play Nebula as well. As the release date draws closer I can’t help but think about the roles these two women will play in the narrative, and whether or not they’ll fall into certain stereotypes that women often fall into in action films. Primarily, I’ve been putting a lot of thought into whether either of them will help the film pass the Bechdel test, or if their roles will be mostly tied to the male characters around them and not have any meaningful interaction(s) with other female characters.

For those who are unfamiliar with the Bechdel test, the criteria for passing it are:

I’m never going to claim that this test is perfect for categorizing a film as “feminist” or not.  For example, Sharknado passes the test while Pacific Rim does not.  On an individual level, I feel that Mako Mori is a much stronger feminist icon than any of the characters in Sharknado.  In fact, Pacific Rim not passing inspired a spin-off of the Bechdel Test that’s called the Mako Mori test.

In order to pass the Mako Mori test your film needs to have:

Strangely enough, this is something that’s also incredibly hard to find in most films. I think it’s a less flawed version of a feminist film test, but I doubt that, moving forward, the percentage of films that will pass it will be much higher than those that pass the Bechdel test. It’s a fact that women in film are drastically underutilized, no matter how you look at it.  While passing either of these tests won’t automatically make a film feminist (again, note Sharknado), they are good indicators of the overall utilization of women within a film’s narrative.  Both of these tests should be used as a guide to gauge female utilization, and not as the final verdict on a film’s feminist representation.

So here we have Guardians of the Galaxy, which has at least three named female characters in prominent positions in the narrative and is coming from a company that has a long track record of creating strong female characters.  This is the same universe that brought us Pepper Potts, Natasha Romanoff/Black Widow, Maria Hill, Agent Carter, Jane Foster, Sif, and Frigga.  All of these women break out of the binds by which so many female characters are often confined. They are smart, commanding, and/or strong warriors who have their own motivations and goals.  The pressure is high for their films to pass at least one of these tests, and many of their films – including Iron Man 2, Iron Man 3, Thor, and Thor The Dark World – do just that.

The shot of Gamora’s side boob in the original trailer upset some people, but the shirtless Star Lord scene immediately before it may somewhat even the score. It seems like there will be heavy sex appeal across the board, but the question is how these women will be treated within the narrative itself.  Will their roles be confined mostly to their sex appeal?  Will they have their own stories not tied to the male characters?  Recent trailers and promotional material suggest a romance between Gamora and Star Lord, which is also supported by the source material. Likewise, Nebula’s plot is closely tied to two male characters. Will Gamora and Nebula be able to interact with each other and talk about something other than a man? Judging from the trailer, we know that Gamora and Nebula do have a solo scene together, and if you’ve read the comics, you also know that they have some pretty strong connections to each other in their history as well. Whether or not they will have a chance to actually interact outside of fighting each other and talk about something that allows them to pass the Bechdel test at this point remains to be seen. 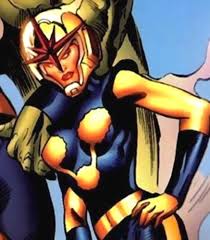 However, they aren’t the only named female characters in the movie – we’ll also have Irani Rael, the Commander of Nova Corps, who is played by Glenn Close. Though she hasn’t really been prominently featured in promotional materials at this point, she has a great shot at helping the film pass one or both of these tests. She’s an extremely high ranking official, thus her narrative arc probably won’t be about supporting a man.  She also has a high probability of interacting with Gamora, since Gamora will be under Nova Corps custody. Unless Gamora and Nebula have another scene besides their fight scene, I feel like our strongest chance for passing either test is going to be with this character.

It’d be easy to look at the comics for clues about the roles they’ll play, but none of the MCU films have been 100% direct translations of the source material.  They all deviate for various reasons, whether it’s running time or other narrative constraints.  While I’m sure they’ll keep many of the major plot points, we shouldn’t assume that all the character interactions will get directly translated onto the big screen. In order for us to judge if this story is going to pass either the Bechdel or the Mako Mori tests, we’ll have to watch the movie – and we’re less than two months away from the premiere now, so the wait is almost over!

Previous:Supernatural Season 9: A look back
Next: Naruto x 680 review: Once Again