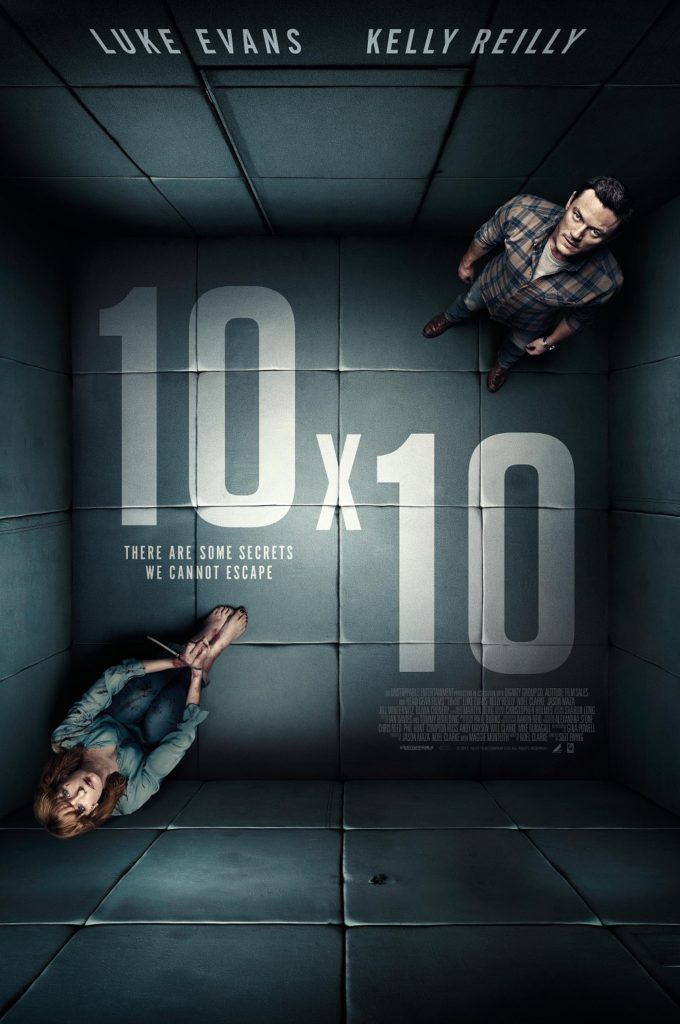 Vertical Entertainment has released the trailer for 10×10, a thriller starring Luke Evans and Kelly Reilly. The film will be released on VOD and theaters on April 13, this year.

I have to say that when I first got to know about 10×10, it looked like the typical ‘man-kidnaps-woman’ movie to me. However, after watching the trailer, I’m actually looking forward to the April 13, 2018, release date. There’s definitely a lot more to both characters, and I’m a fan of stories filled with twists and turns.

Check out the thrilling trailer!

Cathy (Kelly Reilly) is definitely hiding something and I want to know what it is!

Just a few days from opening her new business, Cathy’s (Kelly Reilly) fresh start is interrupted when she is attacked, kidnapped and locked in a room. She assumes the kidnapper wants her body or her life, but he is after something simpler…her name.

10x10 will serve as Suzi Ewing’s feature film directorial debut. It has a runtime of 88 minutes. The rights were acquired by Vertical Entertainment last fall during the American Film Market.

I’m so happy for Luke Evans and his career. 2017 was a big year for him, starring in Beauty and the Beast, Professor Marston and the Wonder Woman, and The Fate of the Furious. In 2018, you can see Luke in TNT’s The Alienist which also stars Dakota Fanning and Daniel Brühl. Along with State Like Sheep, he’s also working on Anna, another crime-thriller, and a project with Josh Gad.

Feel free to share your thoughts about 10×10 with us.