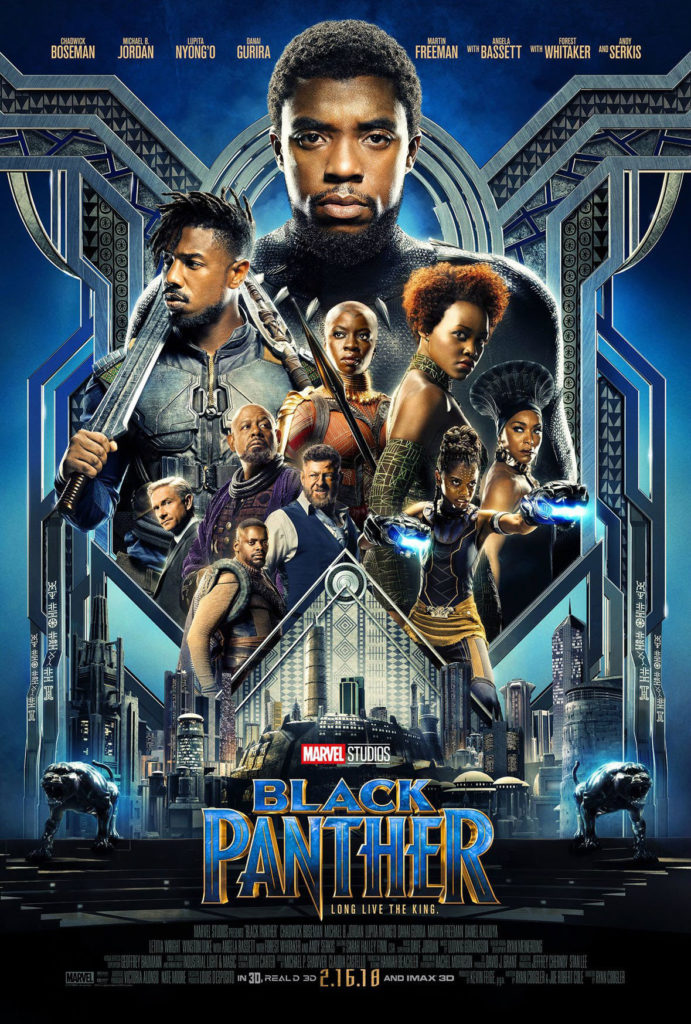 Disney-Marvel’s latest superhero film, Black Panther, is making a lot of money and I’m so glad! The film is heading for a $218 million debut over the four-day Presidents’ Day weekend (playing at 4,020 locations in North America). Wakanda forever!

The current tracking shows that Ryan Coogler-directed Black Panther, starring Chadwick Boseman as the titular hero, has been able to double its initial estimates. The latest Disney-Marvel film, with an estimated $200 million budget, was expected to debut between $100 and $120 million during initial reports (on January 25). The film went on to collect $25.2 million during Thursday previews, becoming February’s largest Thursday night preview grosser as well as being the second-largest preview box office collector for a Marvel film.

The previous largest President’s Day weekend record was held by 2016’s Deadpool with $153 million. Furthermore, the movie’s $192 million three-day number happens to be the highest debut ever seen by a February release and places Black Panther at number five on the list of films with the highest debuts. The movie’s estimated global box office, through Sunday, stands at $361 million (including the $169 million international debut in 70% of the market).

Take note that the opening weekend of Black Panther has exceeded the entire run of Guardians of the Galaxy in Hong Kong, Malaysia, India, Taiwan, Philippines, and Thailand.

According to the audience demographics, the viewership was 37% African American, 35% Caucasian, and 18% Hispanic. The moviegoers were 55% male and 45% female. Adults made 73% of the audience with families making up 17% and teens coming in at 10%.

Go ahead and read our review of the Black Panther. Have you watched it yet? Feel free to share your thoughts with us.