“The Alienist: Angel of Darkness” Gets Official Trailer Before July Premiere! (Update) 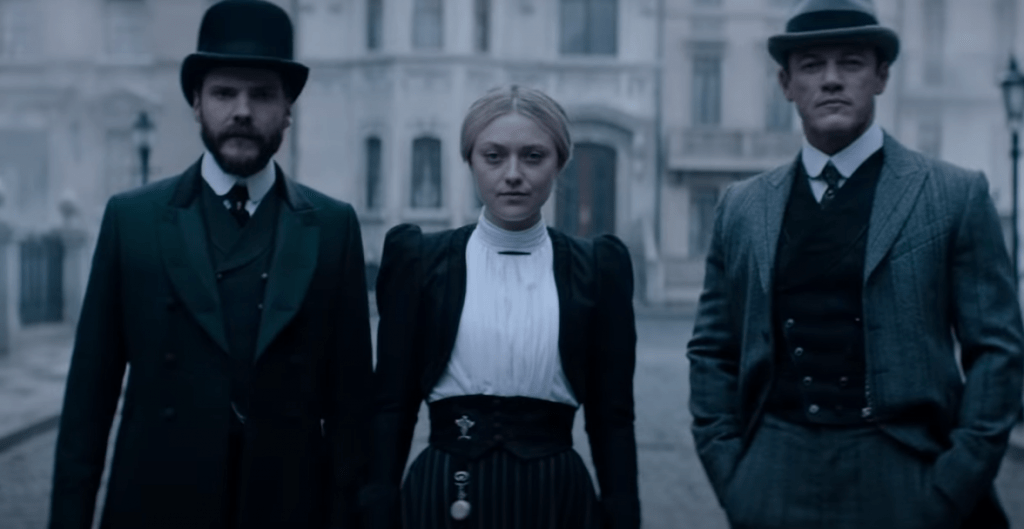 Laszlo, Sara, and John in ‘The Alienist: Angel of Darkness’ (Image: Screengrab)

TNT has released the official trailer for The Alienist: Angel of Darkness before the show’s premiere on July 26, 2020. You all have no idea how excited I am to watch The Alienist season 2!

Due to what’s happening around the globe, I assumed production had halted on the second season of The Alienist. But it seems like that wasn’t the case and we will get to enjoy the entire second outing once it begins airing in July. The first season of The Alienist debuted back in 2018 and went on to be successful for TNT while collecting numerous award nominations and wins. I can’t wait to see what Angel of Darkness has in store for the three lead characters.

According to Deadline, Angel of Darkness will premiere on Sunday, July 26 at 9 p.m. ET/PT, the week after the Snowpiercer season one (which I’m reviewing) finale.

The upcoming season is based on the novel of the same name by author Caleb Carr.

Sara has opened her own private detective agency and is leading the charge on a brand-new case. She reunites with Dr. Kreizler, the formidable alienist, and John Moore, now a New York Times reporter, to find Ana Linares, the kidnapped infant daughter of the Spanish Consular. Their investigation leads them down a sinister path of murder and deceit, heading towards a dangerous and elusive killer. As in The Alienist, the series shines a light on the provocative issues of the era – the corruption of institutions, income inequality, yellow press sensationalism, and the role of women in society – themes that still resonate today.

Along with Dakota Fanning as Sara Howard, Daniel Brühl as Dr. Laszlo Kreizler, and Luke Evans as John Schuyler Moore, the cast also has Douglas Smith and Matthew Shear reprise their roles as the twin brothers Marcus and Lucius Isaacson. Robert Ray Wisdom is coming back as Cyrus Montrose along with Ted Levine as former NYPD Police Commissioner Thomas Byrnes.

The new cast members include Melanie Field and Rosy McEwen.

Deadline has reported that Brittany Batchelder, a guest star on The Alienist, has been elevated to a recurring role for Angel of Darkness. The actress plays Joanna, Cyrus Montrose’s niece, who returns to New York as an aspiring journalist and ends up becoming a protege to John Moore at the New York Times.

I am so ready for this!