Learning to Love Clara Oswald AKA My Favorite Doctor 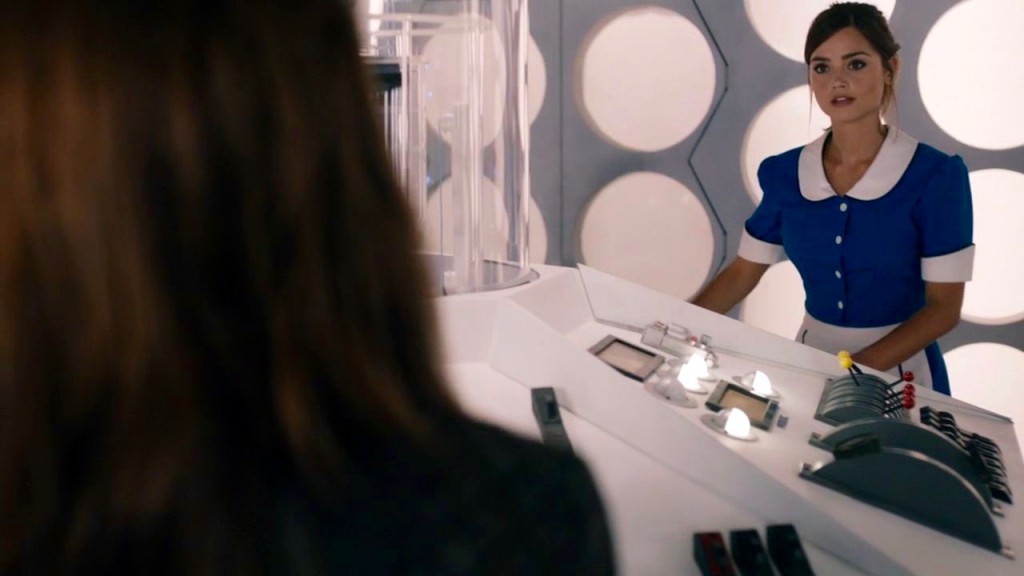 I wasted a lot of time hating Clara Oswald, but when I finally let go of her problematic origins, I realised she’s actually the best Doctor ever! Yes, I said Doctor.

It took her “death” for me to realise that I never really gave Clara Oswald a chance. I spent A LONG time resenting her for things that were not entirely her fault. Sure, she was another “special” woman who was LITERALLY born to save the Doctor. And she was a rather underdeveloped character until recently, but that was mainly down to the lack of time. She only really had six episodes before she was relegated to the background for the very special events. Clara Oswald didn’t really become an actual person until Peter Capaldi’s first episode; unfortunately, by the time that happened I had already judged Clara Oswald too harshly.

Let’s get this out of the way: the Impossible Girl storyline was terrible. I didn’t like it at the time, and looking back now, it’s even worse than I remember. It was the third time Steven Moffat had used a female character as nothing more than a mystery for the Doctor to solve. Amy Pond and River Song were great characters that I grew to love dearly, but more often than not for the purposes of the story they were relegated to mysteries wrapped in pretty packaging. The introduction of ANOTHER mystery girl to entice the Doctor was too much for me to handle. Also, Series 7 was the weakest since the show’s revival in 2005. The episodes were unmemorable, and the overarching mystery was bland misogynist garbage. Poor Clara Oswald never stood a chance. 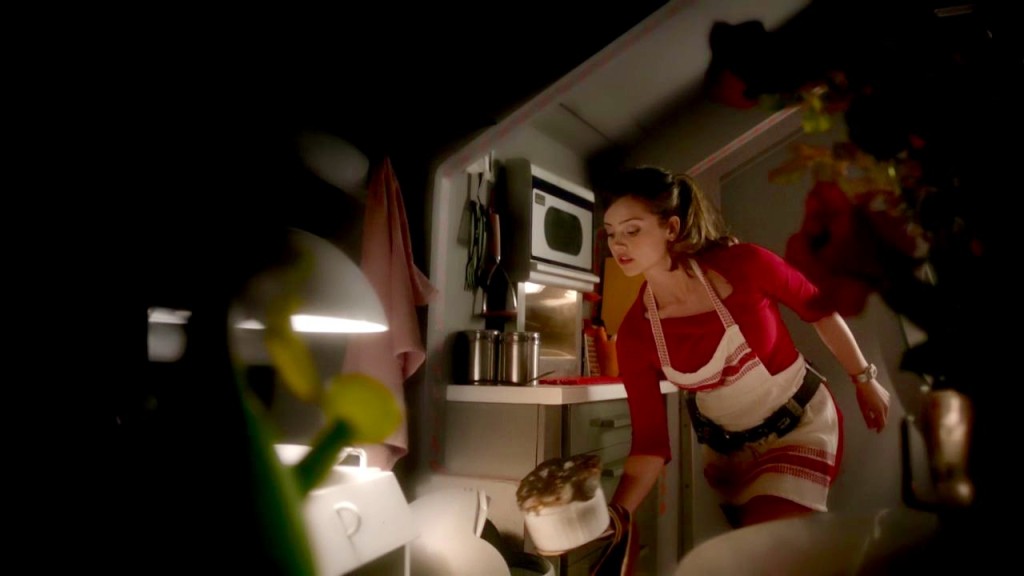 In Jenna Coleman’s first two episodes, she plays characters that are Clara but at the same time are not Clara. Both these feisty one-off characters were actually incredibly likeable. Oswin Oswald in her red dress, making her soufflés and flirting with everything that moved was an absolute delight, and although “The Snowmen” wasn’t a great episode overall Clara Oswin Oswald, barmaid/governess, was surprisingly easy to love. It made sense that she would draw the Doctor out of retirement, and she didn’t even need to be a mystery to entice him. It’s a credit to Jenna Coleman that she made us love these women, but it’s unfortunate for Clara Oswald because she didn’t live up to their legacy for a long time. 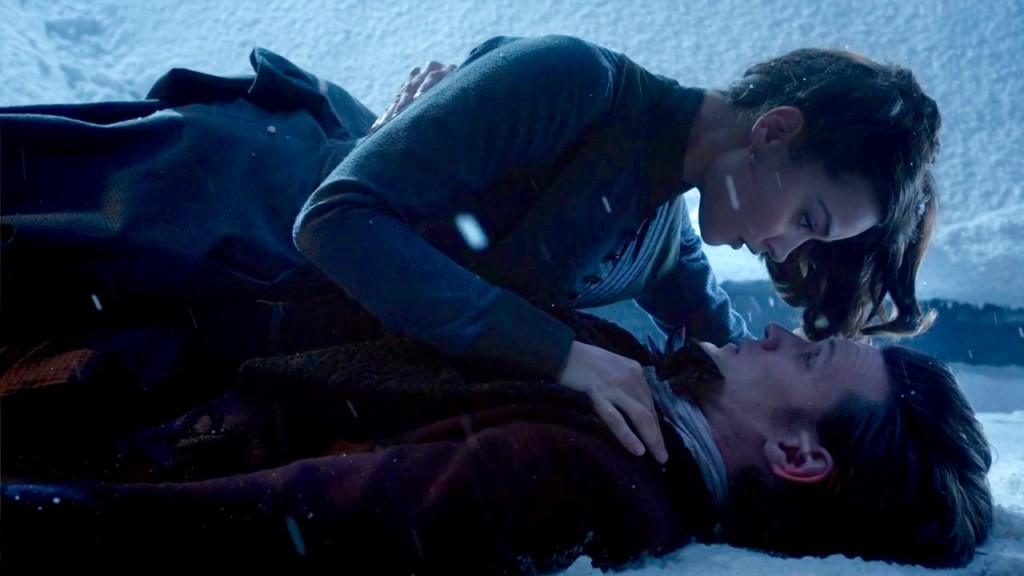 Throughout series 7, the Doctor doesn’t really see Clara Oswald at all and as a result neither does the audience. The Doctor is still trying to save Clara Oswin the Victorian governess; he doesn’t bother to get to know Clara Oswald, 21st century nanny. I genuinely cannot remember anything about Clara Oswald during series 7, apart from the fact that she’s looking after a couple of kids that were never seen again. It seems like they were relying on the rapport the audience built with Oswin and Victorian Clara, which just encouraged comparisons and made the fact that Clara Oswald had very little personality of her own glaringly obvious. 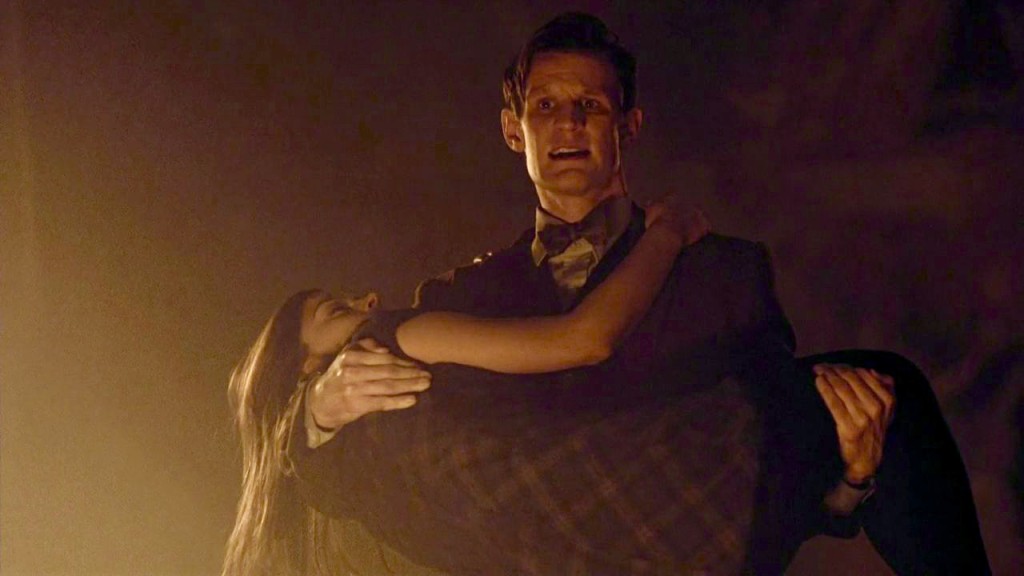 The specials that bridged the gap between series 7 and series 8 didn’t give Clara Oswald much of a chance to break away from the mess that was The Impossible Girl storyline. Her mystery was solved, which meant that she could hopefully become a character in her own right. Unfortunately the 50th Anniversary Special was so chock-full of Doctors that Clara didn’t get a look in, and the less said about “The Time of the Doctor” the better – for me it is the worst episode of the revival, although I know not everyone agrees with me on that. During these episodes Clara is little more than someone for the Doctor to talk to and occasionally work as his moral compass. Jenna Coleman was still immensely likeable, but Clara Oswald was nothing more than a shell where a character should be.

When Peter Capaldi arrived on the scene, I was too busy trying to work out whether or not I liked him to spare a thought about Clara. By that point I had already decided she wasn’t worth my time, which was a huge mistake on my part, because it turns Clara Oswald is actually amazing. Overall my feelings about series 8 are mixed; it was a vast improvement over series 7 but still not overwhelmingly memorable. But it did give us a chance to finally get to know Clara Oswald, and that was brilliant. 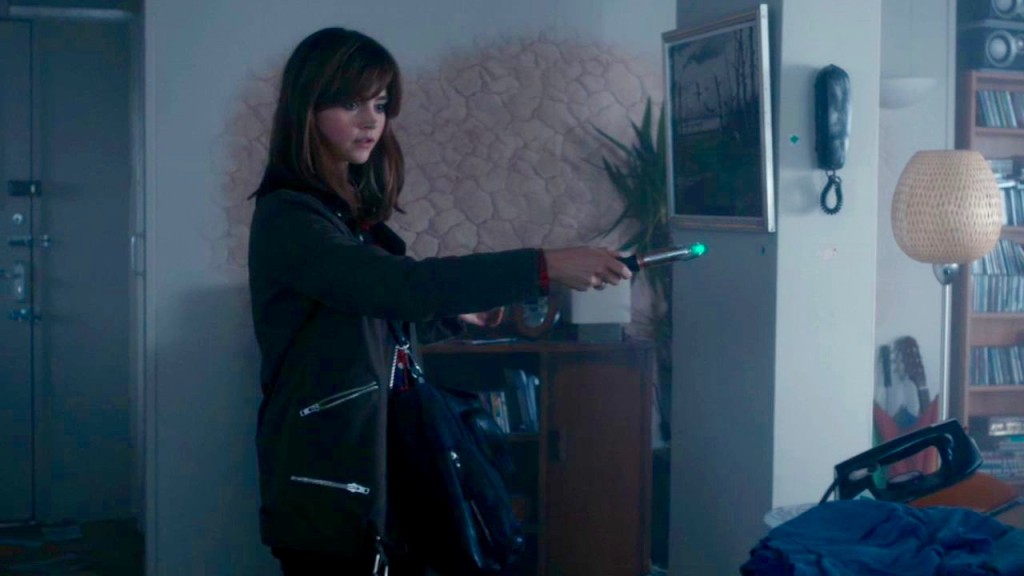 In series 8 Clara is no longer a just mystery for the Doctor to solve. She has a life beyond the Doctor, and it’s one that is more than just a link to the other incarnations of Clara that have come before – she’s not just the modern equivalent of a governess. She’s still beautiful and impeccably well-groomed, but that obsession with her appearance becomes an actual character trait. Clara Oswald is kind of vain and she does REALLY care about how she looks. These are incredibly interesting flaws to give a female character as women are not often allowed to be both vain and likeable at the same time. This decision to use Jenna’s appearance as part of her character is the best thing they could have done for Clara Oswald. 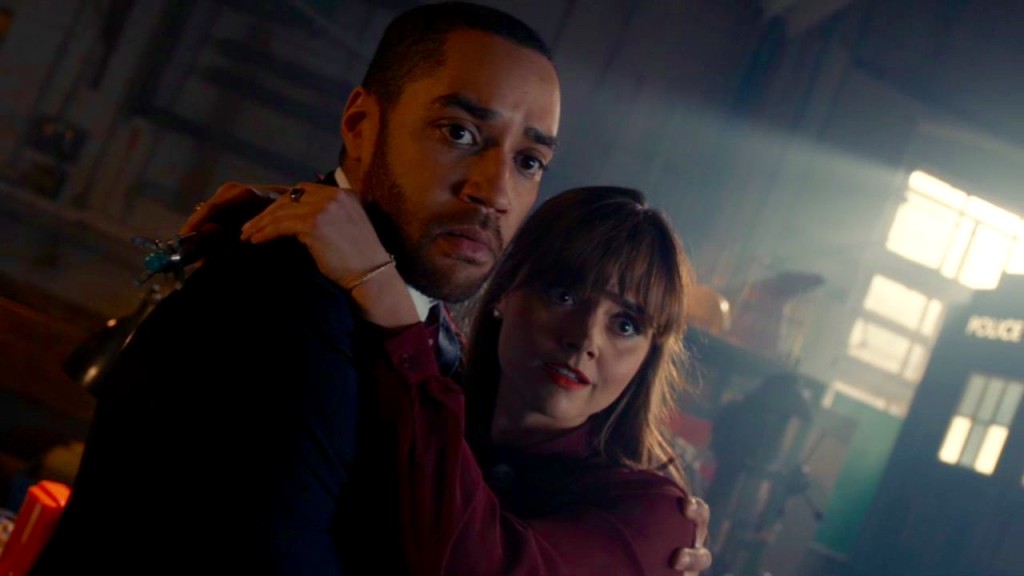 Clara still takes on the companion’s traditional role as caretaker. As the Doctor says, she cares so he doesn’t have to. But as series 8 progresses, Clara is revealed to be more and more like the Doctor. She takes the role of caretaker when necessary, and she does care, but at the same time she is reckless, selfish, and a little too smart for her own good. In fact, she’s so like the Doctor that she gets a companion and caretaker of her own – Danny Pink. The episode where Danny finds out about the Doctor is literally called “The Caretaker”.  Danny becomes Clara’s moral compass, her link to humanity; when he dies she loses that link and basically becomes her own version of the Doctor.

The fascinating thing about Clara’s journey towards becoming the Doctor is that it gives her a bunch of character traits that female characters are not usually allowed, like arrogance and recklessness. She’s quick to action and incredibly sure of herself. There’s none of the insecurity that is usually found in female characters. Clara Oswald knows what she wants, and she knows there’s a good chance she’s going to get it. These characteristics in such a pretty petite little package create something truly fascinating. Of course the result of this is that by the end of series 8 the Doctor doesn’t have a caretaker, he has an enabler. This creates a dangerous and fascinating relationship that is destined to end in disaster. 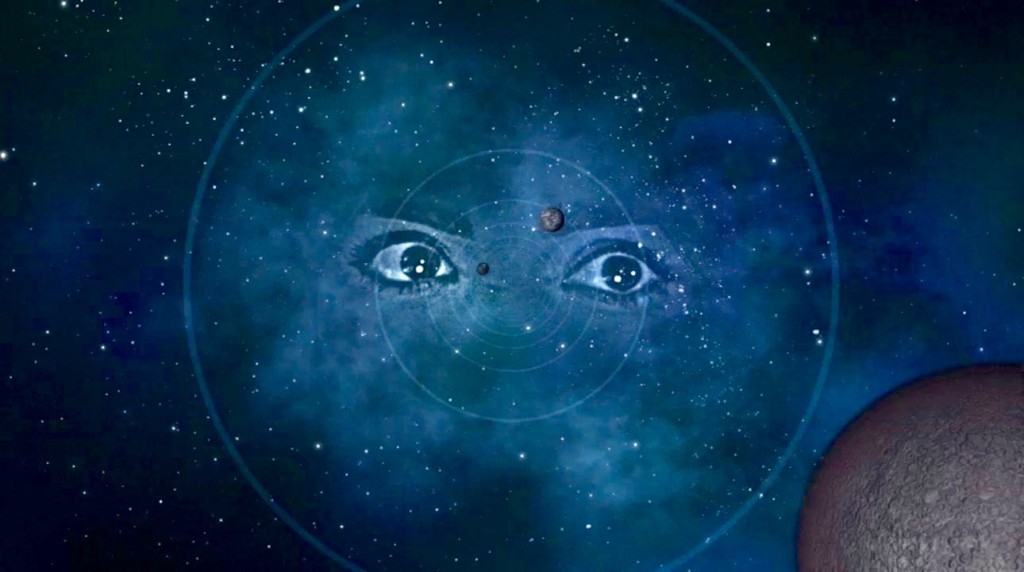 Clara’s journey towards becoming the Doctor culminates in the final episode of series 8. It’s foreshadowed brilliantly as the episodes progress. In “Kill the Moon”, the Doctor tasks her with making a terrible decision to save the world, as the Doctor has done on many occasions. In “Flatline”, the Doctor is trapped in the TARDIS so Clara plays at being him for the majority of the episode. Danny’s death is the final piece of the puzzle because it gives Clara a reason to run. Finally, in “Death in Heaven”, Clara tries to convince a whole room full of Cybermen and the audience that she is in fact the Doctor. Her transformation is complete; she even gets her own opening credits.

As fascinating as her transformation was, it’s in series 9 that things get super interesting, because in series 9 there are essentially two doctors travelling together. The dynamic between Clara and Twelve is like watching a train hurtling towards a broken track. There’s nothing you can do to stop the disaster that’s coming, but it’s impossible to look away. Because there is one giant problem with Clara being the Doctor – one that they are determined to ignore until it’s too late. The problem is that Clara is not a Time Lord; she’s human. Being human makes her fundamentally vulnerable in a way the Doctor will never understand. Clara can’t be the Doctor because it will kill her.

Throughout series 9 it became increasingly obvious that Clara Oswald was going to die. Doctor Who is great, but it’s not particularly known for it’s subtlety. It’s beautifully bittersweet that Clara sacrifices herself for Rigsy, who was first seen in “Flatline”, the episode where Clara first calls herself the Doctor. Clara dies because she does what the Doctor would do; she does what she has seen him do on several occasions. She puts herself in the path of death to save someone more vulnerable than her. Of course the Doctor has a failsafe that Clara does not. He can regenerate, she cannot. 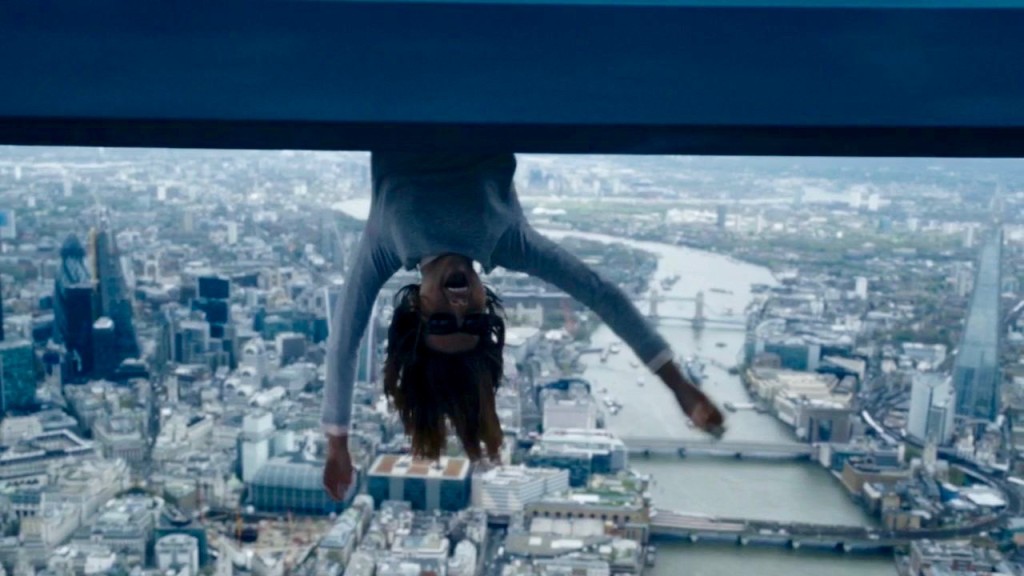 What happens next is the source of some controversy. There have been many discussions as to whether or not Clara should have stayed dead. It would have fit better with the overall theme of death and ending if she had stayed dead. Her death scene was so beautiful, and mourning her was cathartic. If “Face the Raven” had been Clara Oswald’s final episode, it would have been incredibly powerful. But when looking at Clara’s journey throughout series 8 and 9, the fact that she returns from the dead, the fact that she regenerates, means that Clara genuinely does become her own version of the Doctor – complete with her own TARDIS – and that is pretty freaking cool.

Series 9 ended with the Doctor losing his memory of Clara – possibly an attempt to rectify what happened to Donna all those years ago. This was perfect because it gave Clara something no companion has ever had before: knowledge. The power imbalance between companions and the Doctor is maintained by knowledge. He knows more than they do. But in the case of Clara at the very end of “Hell Bent”, she knows more than the Doctor. She’s the one with the power and she’s the one that walks away to protect him, as the Doctor has done to many companions before. 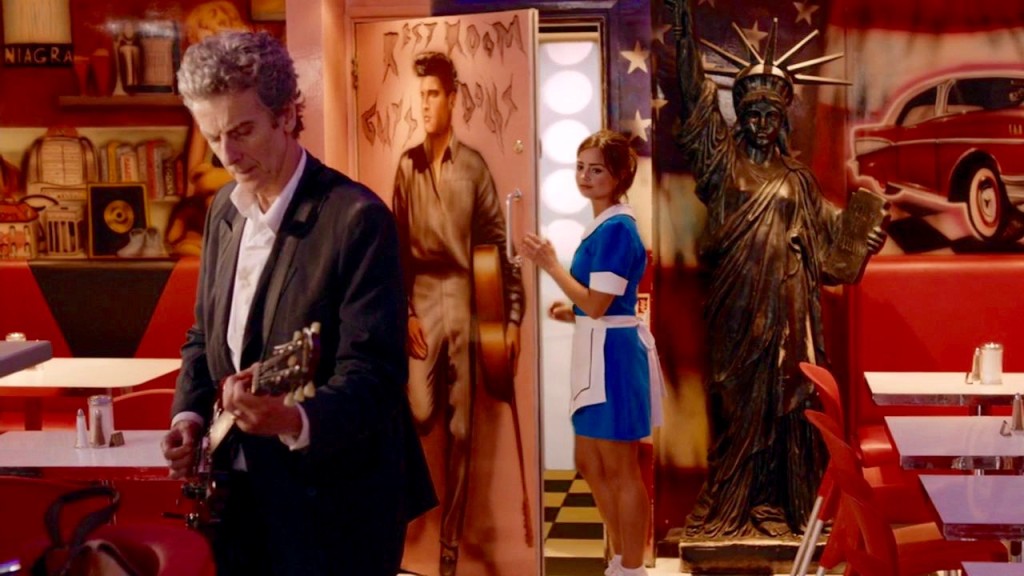 Clara Oswald began as a two dimensional sexist cliché; she was a nothing character played well by a likeable actress until she wasn’t. Until they turned the most annoyingly clichéd aspects of her characterisation into the most interesting thing about her and then put her on a path to awesome. Clara’s slow climb from bland to brilliant is mirrored by the show’s increase in quality over the last couple of seasons. It shows that taking the time to develop an interesting and compelling companion who is more than just a mystery for the Doctor to solve is worth its weight in gold. Clara’s transformation into her own version of the Doctor was brilliantly crafted, and that is why Clara Oswald is now my favorite Doctor.