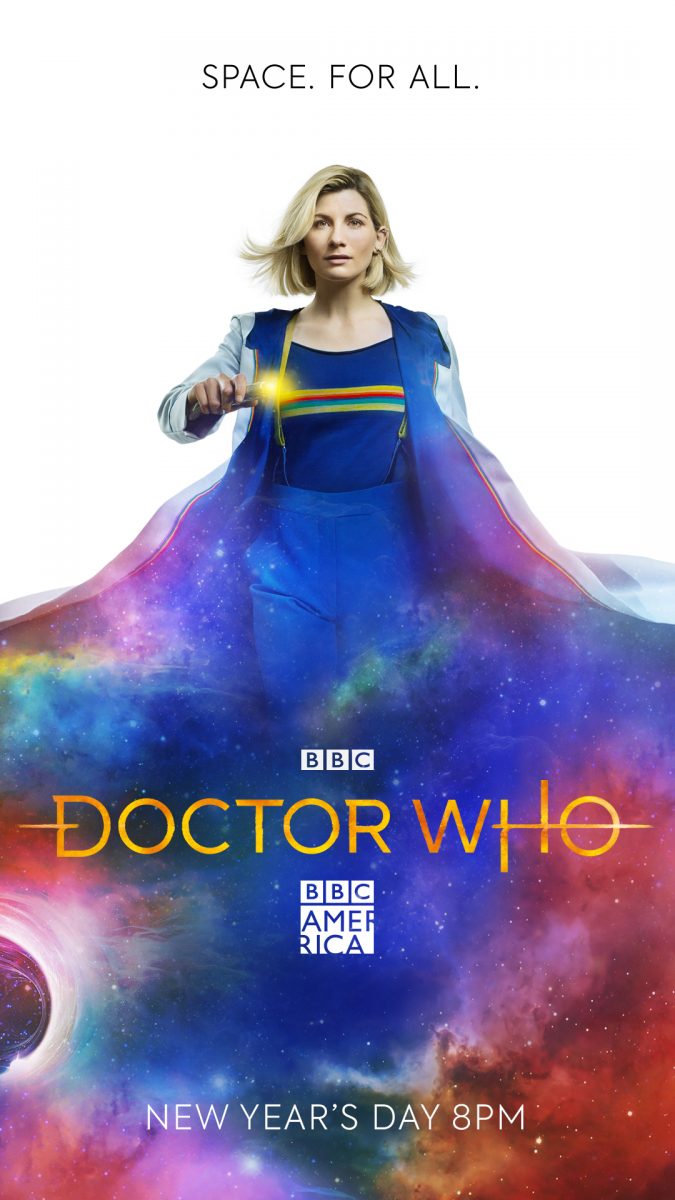 The 12th season of Doctor Who premieres in January, and Fathom Events is joining in the fun by hosting a one-night only event in theaters across the US. The Doctor Who fan screening will feature the premiere episode and an exclusive early viewing of the second episode.

Jodie Whittaker’s Thirteenth Doctor returns with a bang with the Doctor Who two-part premiere event, “Spyfall”, the first part of which will premiere on New Year’s Day, with subsequent episodes airing Sundays a 8pm on BBC America. Thirteen returns with her companions Ryan (Tosin Cole), Yasmin (Mandip Gill), and Graham (Bradley Walsh) to have madcap crazy adventures throughout time and space. The two-part “Spyfall” will also be shown in theaters nationwide on January 5 as part of the Doctor Who fan screening event from Fathom Events.

Simulcast in over 600 theaters across the country, fans will be treated an encore showing of the first episode as well as a special advance screening of the second episode. After the screening, fans will be able to watch a live Q&A session with Jodie Whittaker, Tosin Cole, and Mandip Gill, transmitted from The Paley Center for Media in New York.

Tickets and a list of participating locations will be available beginning Friday, December 6 at the Fathom Events website.

“What better way to ring in a new decade than with our favorite Time Lord?” said BBC America Executive Director Courtney Thomasma. “BBC America is excited to kick off the New Year with New Who, including a thrilling New Year’s Day premiere followed by new episodes every Sunday this winter. Last year, thousands of Whovians packed Madison Square Garden to celebrate Jodie Whittaker’s landmark debut as the first female Doctor. This year, we’re thrilled to partner with Fathom Events to bring that unique experience to fans all across the country, as Doctor Who embodies the idea of space for all. Let the New Year’s countdown begin!”

Prior to the premiere of the new season, BBC America will host a Doctor Who takeover, featuring full seasons and specials with all the modern Doctors – Christopher Eccleston, David Tennant, Matt Smith, Peter Capaldi and Jodie Whittaker – from Tuesday, December 24 through Wednesday, January 1. In addition, the network will also debut animated “lost episodes,” titled “The Macra Terror,” as a special post-holiday treat on Thursday, December 26th at 9pm ET/PT.

A new trailer for the upcoming season was released today as well. Check it out below: