A Comic Convention on a Cruise Ship? Yes, please! 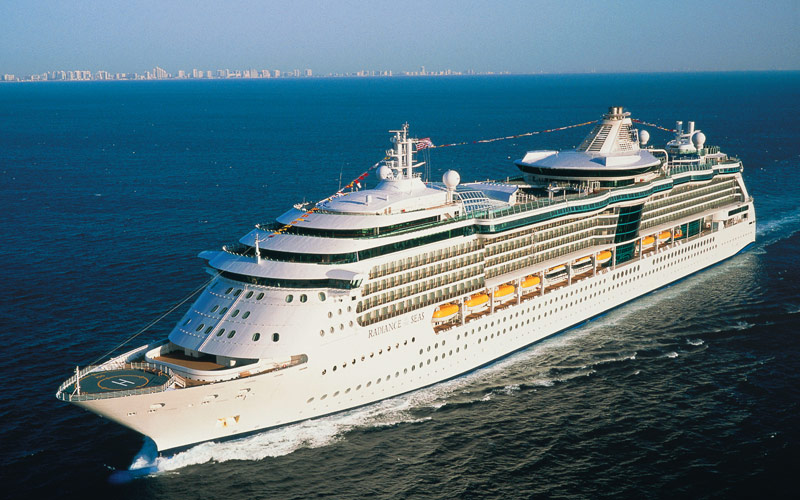 Comic conventions are a thing we cover here, but we haven’t covered one quite like Fan2Sea before. This 4-night con has a surprisingly robust guest list for a first year convention- oh, and did we mention it’s on a cruise ship?

The entire convention takes place on Royal Caribbean’s Brilliance of the Seas, a ship that is arguably nicer than any house I’ve ever lived in. It sets sail from Tampa, Florida and lasts from January 19-23. In between panels and workshops there will be stops in Key West and Cozumel, because this is still a cruise and sun-drenched beaches are mandatory.

Getting guests for a first year convention is usually the hardest part (trust me, I’ve worked on a few), but Fan2Sea’s setting seems to have drawn in some heavy talent. They have guests from The Walking Dead and Guardians of the Galaxy, plus a chunk of the Stranger Things main characters including Millie Bobby Brown. As far as comic guests go, the guest list packs some name-recognition punch with people like Gail Simone, Frank Miller, Scott Snyder, and more. There’s a full guest and activity list over on their website if you want to check it out.

Quick note here: none of us here work for Fan2Sea and this isn’t paid content. We might get a discounted ticket, but so can you with the super-secret coupon code (you can put in IRONMAN at checkout for 10% off). The reason I sound so excited is that this convention cruise is both heavily ADA accessible and trans-inclusive. Specifically.

The convention has a “fan dorm” option where you can be matched with three other passengers in a shared room. This is the most economical ticket option; it costs a ridiculous $399 for the 5 day/4 night cruise, which is less than hotel and food at a normal convention. Options like this aren’t usually open to trans folks, though, who have to weigh their desire for affordable tickets with their fear of transphobia from random roommates. A lot of time they end up having to pay for private rooms or just skipping events like this altogether. Not this time, people. I reached out to the Fan2Sea organizers and was assured that the cruise is very open to everyone. The rep told me, “The roommate matching service is according to stated gender – whatever their gender preference is, that is how they will be matched.”

I need to put out one caveat: because they need to use the Royal Caribbean registration system for ticket purchase, there is not a choice for non-binary people in the drop down menu. That aside, Fan2Sea promises you can choose who you feel comfortable bunking with. It’s not a perfect solution, but at least you can expect the convention’s support if you run into an issue.

As far as accessibility, I was surprised to see that pretty much everything has a wheel-chair accessible route. I’ve been on boats and they don’t usually seem friendly to wheels. The activities are also accessible with lifts at the pool and whirlpool, lowered tables in the casino, and even accessible mini-golf. There are Braille/tactile signs throughout the ship and on handrails. You can get amplified phones as well as assistive listening devices for the theater, and let the convention know if you need to be seated near an ASL interpreter during panels.

For people with service dogs, turns out this is something you can do, too. There are specific cedar-filled relief areas for your canine companion, and they’ll even put sod on board if you ask in advance (though as a handler myself I think cedar chips would be cleaner). Check out the full list of service animal requirements if you’re interested.

There are more luxurious and private options than the fan dorms, of course, but we listed those to show how affordable this really is. I was going to write it off as an extravagance until I saw that less than $100/day covers food, lodging, and entertainment. SDCC runs at least three times that. I’m guessing the prices are so low because it is the first Fan2Sea cruise and they’re trying to establish themselves.

Overall, this looks like a solid convention to add to your schedule. Look for more coverage of the events in January!