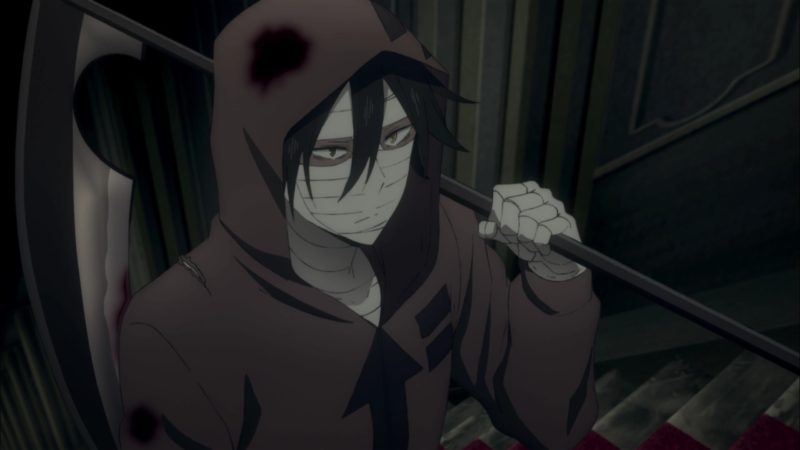 At the end of Angels of Death episode 14, it felt like Rachel and Zack were finally going to make their escape from the building. Instead they found a seemingly never-ending staircase and that someone had triggered a self-destruct sequence. “A vow cannot be stolen” starts where “Swear you will be killed by me” left off with Zack giving Rachel his knife in a scene that really should not have been as touching as it was.

After the opening sequence in “A vow cannot be stolen” the episode cuts to Father Gray walking through the building and visiting the final resting places of the residents who were killed. He’s smiling as the building falls apart in flames all around him. It’s kind of hard to tell with Gray, but it seems that he’s pleased with the overall results of his experiment.

Then “A vow cannot be stolen” cuts back to Zack and Rachel. Zack has a bit of a panic attack due to the fire all around them. Remember, his mother’s boyfriend set him on fire when he was a child and that is the reason he is terrified of fire and is covered in bandages. Zack tells Rachel that he doesn’t want to burn to death. She replies that it is okay; she will figure out something and they will get out. Despite all the odds, their friendship really works. Rachel (for the most part!) tends to be the calmer, more rational one, while Zack is more impulsive and they work off of each other well. Zack is the one who ends up breaking them through the iron bars that would have resulted in them both being burned alive if they had not made it past. It was more therapeutic than anything else that Zack was able to end up doing so in the end.

All finally looks good as they begin rushing up the stairs again to the exit. Some rocks fall and block their path, but Zack is able to break through it with his scythe, only to have it fall apart in the process. Adorably, Rachel says “bye-bye” to Zack’s scythe before they continue their ascent. Rachel takes a moment to make sure that Zack still really will kill her when they leave the building. She wants him to kill her because he wants to. Though their conversation is rather grim, their heart-to-heart is one of my favorite parts of the episode. Neither one of them had a good childhood, but they have an amazing capacity – Zack especially – to care. Sadly, their moment is interrupted by Danny (who won’t die!) shooting Rachel. He then proceeds to taunt and shoot Zack as well. All I can say is how the heck is Danny still even walking with all of his wounds? 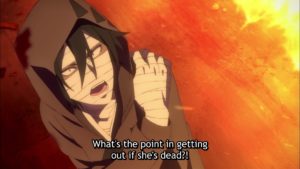 Zack tries to get through to Rachel because he wants to keep his promise to her. Rachel gives a heartfelt speech to Danny about how much Zack’s promise meant to her with tears streaming down her face. She then says to Zack, “A vow cannot be broken. Even if it can’t be fulfilled, that doesn’t matter. It’s between the two of us. I know that. Zack, I’ll carry our promise with me, so don’t call yourself a liar. It’s okay if our promise can’t be fulfilled.”

I think “A vow cannot be broken” out of the entire season has been the most emotional and touching. The dialogue between Zack and Rachel clearly shows how much they’ve come to care for each other as a result of their journey together. I’ve found the anime to be more meaningful than the computer game in this aspect, where much of their dialogue was “…” and “…” multiple times to each other.

Danny can’t handle what Rachel said to Zack and shoots Rachel again. It doesn’t look good for her. Father Gray shows up and shoots Danny with a crossbow a couple of times. Who knows? Maybe he’ll actually die this time! Father Gray advises Zack to take Rachel and run. Rachel is still alive and will be okay if they leave now.

“A vow cannot be stolen” ends with Zack picking up Rachel and approaching the exit while Danny has a gun trained on Zack’s back. Will Zack and Rachel make it out of the building alive? We’ll find out in the final episode next week! 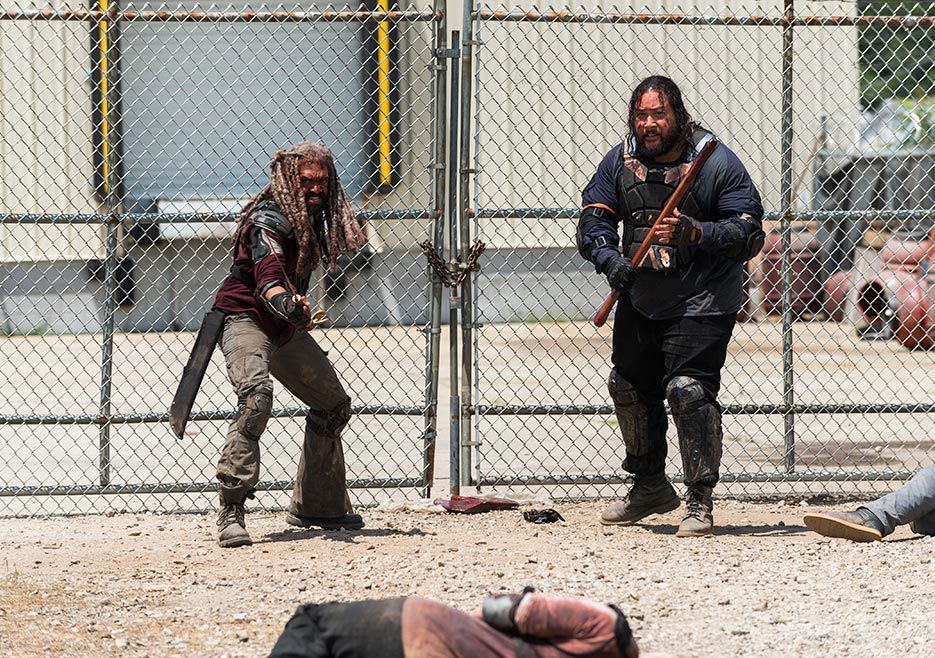 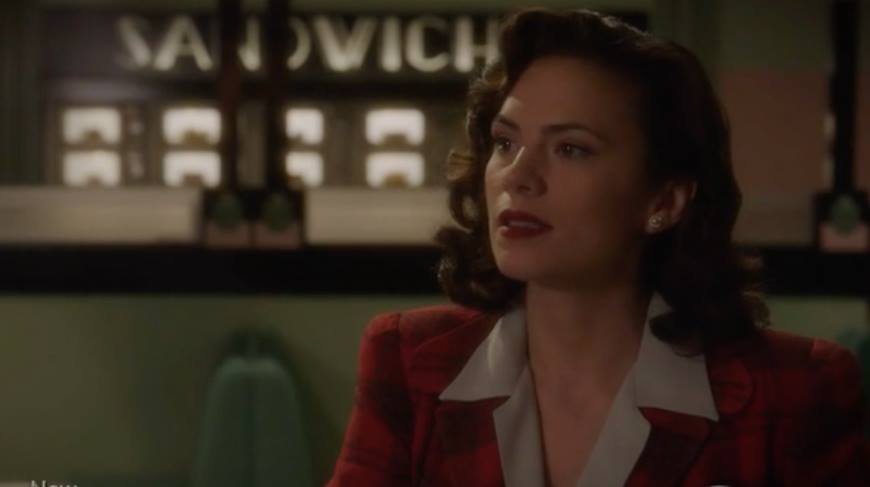