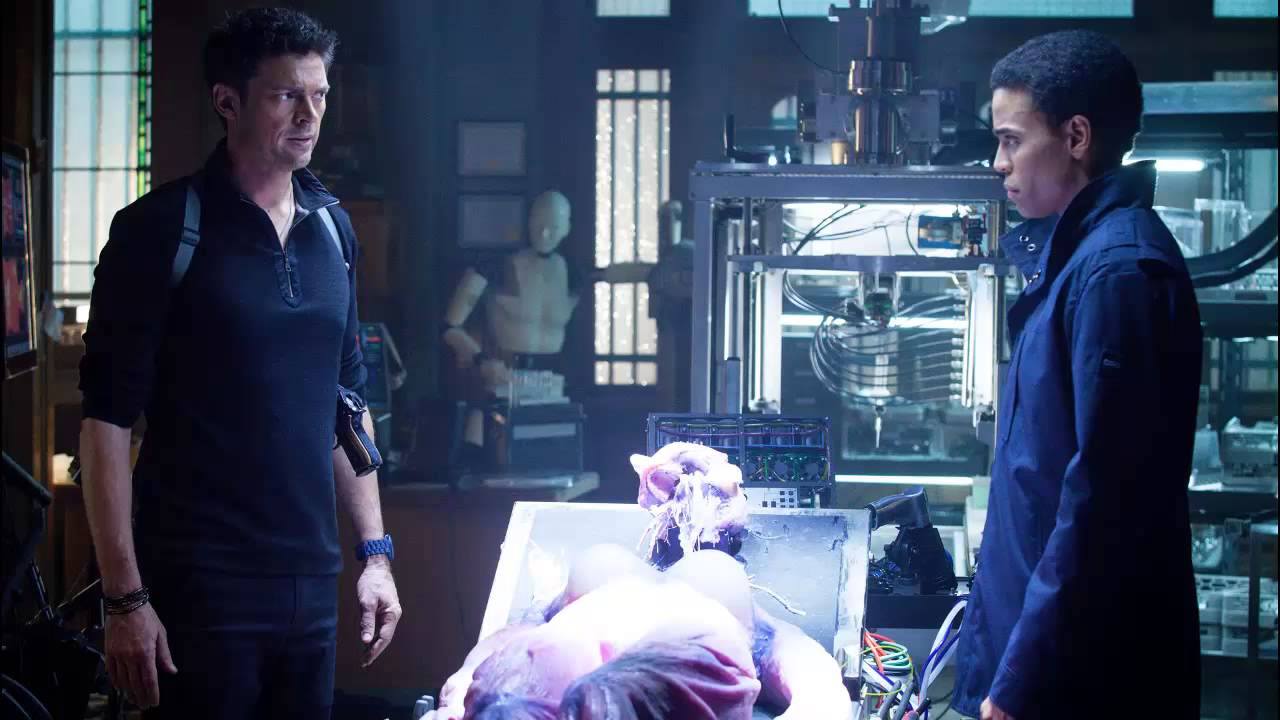 This will probably become know as “the sexbot episode” in much the same way that fans refer to Supernatural‘s Route 666 as “the racist truck episode.” The very term “sexbot” made me cringe every time it was said. It’s descriptive, yes, but the term was still rather jarring.  I feel like the inclusion of this episode was a play to draw in a male audience with beautiful women who are programmed specifically for sex, which wasn’t a very appealing concept to me personally. Almost every show has an episode or two that misses the mark and I certainly hope this was it. I hope we can move past the whole “sexbot” fiasco and dive more in depth into the plot and characterization next week. The episode wasn’t entirely unsatisfactory to me, however. We did get some doors open to us for plots further down the line and there were some wonderful moments between Kennex and Dorian that were satisfying. I only wish we’d have gotten these positive moments under different circumstances.

They’ve now introduced two concepts that humanize androids within the narrative. You have those such as Dorian who have a synthetic soul; then you have these “sexbots” that enjoy the physical act of sex, which is a very human act. It’s mentioned that the sexbots have the ability to empathize with people like the DRN’s do, but whether or not the DRN’s have the ability (or anatomy) to enjoy sex remains to be seen. It certainly opens up some possibilities for our synthetic protagonists later on down the line. In previous interviews Ealy has mentioned that any sort of romantic affairs are pretty far down the list of priorities for Dorian, but that doesn’t remove it from the table completely. As I’m generally bored by typical romantic subplots it’s not exactly something I’m looking forward to, but I know many would be quite pleased to see such a thing develop so I’m appreciative that they opened up that door for them.  Definitely not my cup of tea, but for those of you who want that, there’s your opening.  I hope it delivers. 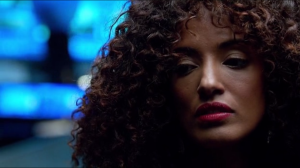 While I’m very much enjoying this show overall, the very concept of sexbots puts me off. No matter what you do with this concept it’s rife with problematic elements in one way or another. They do mention that the introduction of sexbots has lowered sex crimes, which is an interesting direction to take it. These beings have: been created to enjoy sex, are theoretically strong enough to defend themselves from typical sexual predators, and put the ‘real’ women out of harms way in a field that can sometimes get violent.  Overall this is pretty interesting, but things get murky very quickly.

It’s also mentioned that the sexbots have the ability to empathize, which makes them more than just high tech sex toys as they are initially introduced as. They verge on being ‘real’ women with thoughts, emotions, and individual personalities separate from the task they are programmed to do. That opens up an entirely different can of worms involving consent and self determination that I’m not sure the writer intended.  It’s possible that many of them enjoy what they do, but if they are given the chance to think freely some may feel forced into the field of sex work against their will. These topics aren’t really addressed to my satisfaction in the narrative.  It was disappointing really, but I guess there’s only so much ground you can cover in an hour long episode when the topic of discussion is so complex.  I’m not sure if they’ll revisit this topic at a future point of if they plan on moving forward and never looking back.  The way that they’ve currently left it I feel is pretty problematic, but I’ve continued watching shows with far worse problematic elements than this so I’m still on board. I’m just proceeding with a bit more caution now.

Once again the highlight of the episode was the developing relationship between Kennex and Dorian. They’re beginning to develop a playful banter and an easy routine of teasing that feels natural. Kennex is gruff and sarcastic while Dorian is kind, but also also incredibly sarcastic in a way that’s complementary to Kennex. He softens Kennex’s edge and, oddly enough, humanizes him. Dorian is having a positive effect on Kennex already and it’s obvious with the smallest of gestures. Kennex changed his language and referred to the sexbot as being “born” far easier than he probably would have before Dorian. A few moment later Dorian explains that she wouldn’t have understood those other terms, but Kennex had already changed his language before Dorian offered the more practical explanation.

Overall I felt this episode was incredibly weak. It felt like a Monster-of-the-Week episode with large amounts of problematic elements surrounding the self contained mystery. The thing that drew me into the show in the first place – the friendship between Dorian and Kennex – was there, but not strong enough to overpower the problems that the episode had. I’m willing to forgive the show if they can knock it out of the park in the next few episodes. The first episode set up so much, but the second episode failed to expand on any of the elements in the universe that I found interesting. Now that we have the weak episode out of the way, let’s start having amazing episodes from here on out, okay? There’s potential here. It just has to be used properly.