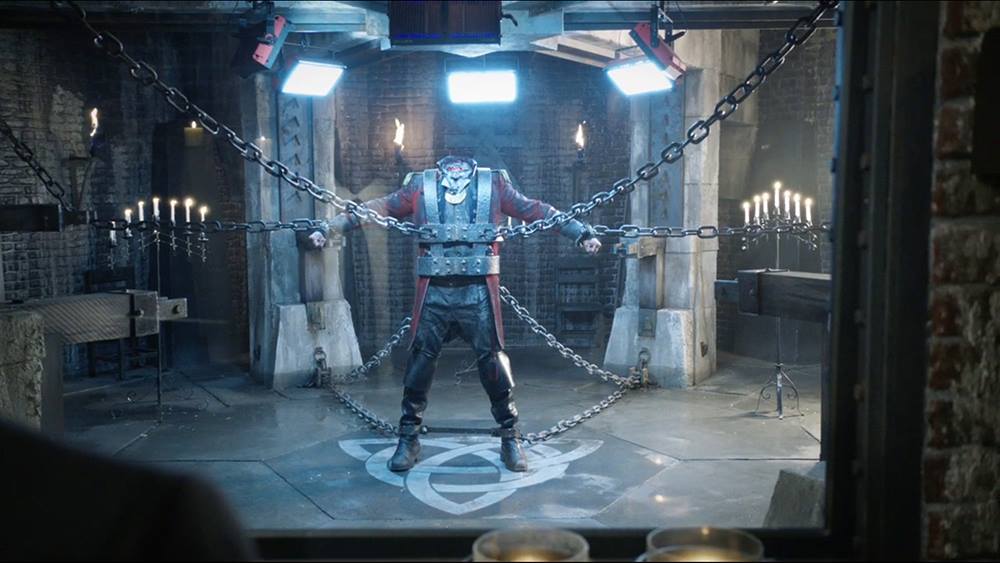 If I learned anything from this week’s episode of Sleepy Hollow, it is that Ichabod and Jenny are a pair of dual-weapon-wielding badasses, and one should always have a backup generator in one’s Masonic demon prison.  Although the action was great fun, amidst the gun fights and swordplay was a story about love and how it can go wrong.

A running theme throughout this season has been contrition.  A majority of the episodes highlight certain characters’ past sins, and it is only by confronting them and making amends that they can move forward.  Initially, it was Abbie’s mistakes and desire to right them which drove the plot.  Now, it is Ichabod’s turn.  This week, he has to come to terms with his role in his best friend and partner’s demise.  What works so well about these character flaws is that they are extremely relatable.  It is not difficult for us to imagine ourselves in Abbie’s shoes, lying out of fear even at the expense of a loved one; or Ichabod’s, caught between a romantic and platonic love and trying not to hurt either one.  In a world of demons, magic spells, and an impending apocalypse, their greatest mistakes are decidedly human. 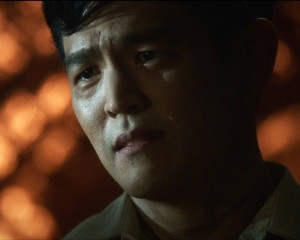 Speaking of contrition, John Ch- I mean, Andy Brooks, also faces his share of demons this week, not all of which were external.  As an intense lover of multi-layered characters, I was thrilled to see Andy’s conflict.  When he was first killed and brought back to life, I expected him to be little more than a demonic automaton, a mouthpiece and pawn for the forces of evil.  If he had any agency at all, I would have predicted that his drive would be pure malice.  And yet, the past two weeks show that although he did deal away his soul, part of his humanity is still intact.  He cares about Abbie and wants to make amends for his past mistakes, just like everyone else.

This episode also saw the return of Jenny and the formation of the Jenny/Irving dream team.  If people were not shipping them before, they certainly are now.  I think they work well together because, even though Jenny has believed in demons for years and Irving has only now been initiated into the club, they are both are just as afraid of what is to come.  As tough as she is, Jenny’s experiences do not make her feel any more equipped to handle the end of days than Irving.  I know last week I said I wanted more of the power trio (Abbie/Ichabod/Irving), but can I add more Jenny/Irving team-ups to my wish list as well?

I also must devote a moment to Ichabod and Abbie, whose relationship was tested with Ichabod’s emotional distress.  From day one, they set a precedent for sharing their feelings with one another.  Rather than refusing to communicate and suffering emotional constipation, they respectfully encourage each other to divulge their feelings.  This practice helped lay the foundation for a solid and sturdy relationship, which can withstand strong emotions and hot tempers.  When Ichabod’s anger spurs him to want to make impulsive decisions, Abbie does not hesitate to tell him off.  He does not automatically defer to her, but through his anger, he listens.  Perhaps it is from my years of watching Supernatural, but it is refreshing to see such emotional transparency and respect in their relationship. 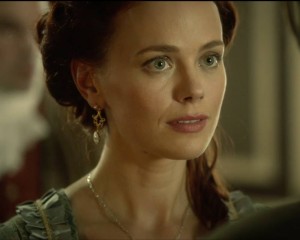 The only time this episode fell flat was, once again, when it came to Katrina.  This was the first time where we actually glimpse who Katrina really is.  We knew she was a witch, but that only demonstrates what she was, not who she was.  Now we know that she is the kind of person who takes control of her own life, the consequences be damned.  Although this is important to her character, I’ll admit that I was disappointed that so little of her story was actually about her.  Rather, her presence mostly served as a catalyst for the rift between Ichabod and Abraham.  In a show with so many round characters, she still stands out as decidedly flat.  Who is she?  What does she think?  What motivates her?  I want her to feel like a real person.

Now, let me clarify:  I do not want Katrina to take over the narrative, particularly Abbie’s narrative.  I have read people’s concerns that, in an attempt to flesh out her character, Katrina will come to overshadow Abbie; if not in the eyes of the show, then in the fandom.  I understand from where this concern stems – there is precedent for white characters dominating the narratives of PoC, even when the PoC is the protagonist – but make no mistake that I am here first and foremost for Abbie Mills.  This is her and Ichabod’s story, and I would never propose to take that away from her.  However, if Katrina has a part to play in that story, I would like to get to know her properly.  The development of one female character does not have to overshadow the development of another.

The preview for next week’s episode looks like it will crank the horror up to 11.  We’d best bring our security blankets to this one, Sleepy Heads.