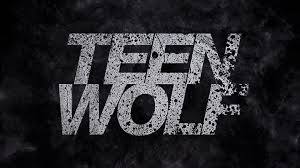 As many of you might know, Teen Wolf released three new teasers for the second part of Season 3 that will be airing on 6th January, 2014. The tagline for the next 12 episodes is ‘Lose Your Mind’ and judging by the teasers that’s exactly the direction the show is taking. Let’s give each teaser a look and see what hints they hide when the werewolves come on our screens next year.

The first teaser that was released featured Stiles Stilinski (played amazingly by Dylan O’Brien). For me, that was the teaser that had content attached to the Nematon story we saw in Season 3A. We get to see Stiles trying to wake up from something (a dream?). We also see the classroom scene in which the students are using sign language in order to convey a message. Which we know is about closing a door that’s already open, or something similar (I still can’t figure out Jeff Davis). We also see Stiles standing in front of the Nematon. The things that caught my interests were the hands and a faceless person trying to get through a white cloth/veil. I do believe that something is going to try and come to the ‘human’ world through Stiles. Deaton did say that powering the Nematon will attract supernatural beings. Whether the said ‘being’ is going to be good or bad is something we will have to wait and see. Teen Wolf has a lot of twists. So, the possibility that something is trying to break through the ‘veil’ in order to help Stiles or the others is always there.  If I remember correctly, we saw hands in the opening sequence of Teen Wolf season 3A as well as the roots of the Nematon. The hands in the teaser can be linked to the same ones we have already seen.

There’s a theory going around that the hands in the opening title were of the Hales and they are trying to convey something to Stiles. Knowing Jeff, everything has a reason. We haven’t had any proper explanation about the hands coming out from the dirt. So, they might come into play in the episodes to come. Check the teaser here.

Scott’s teaser was released a day later, along with Allison’s. Truth be told it wasn’t creepy except the little girl singing in the background. We see Scott (played by the likable Tyler Posey) looking at something, some flies sitting on rotting meat, Stiles and Lydia trying to wake him up, and Scott on the ground with blood coming out his mouth. Don’t get me wrong, but I’m not worried about Scott. He’s the lead of the show and that’s why whatever happens to him, he will be alright. For me, the teaser hinted that he will be worrying about his life in the future episodes. I feel that he might be protective of his Alpha status and worry that something or someone might want to take that away from him. See it here.

As many fans were thinking, Allison (played by the lovely Crystal Reed) will have to deal with her own darkness  as well as her aunt Kate. The teaser clearly showed that there’s a dark Allison that’s haunting her. An undead Kate was also coming towards her in the morgue. For me, Allison’s journey will be more of a ‘personal’ kind in 3B. She will have to deal with the things she did under Kate’s and Gerard’s influence. I’m looking forward to this. This speaks of character development! And as Season 3A showed, Allison is a well-fleshed out character when she isn’t involved in love-triangles. Characters need to have their own arcs in order to get some much needed layers. Allison is far more than just a female love interest. Yes, we will be getting some Scott/Allison/Isaac drama in 3B, but I am hoping the story will give her much more to do on her own as well. Check out the teaser here.

Judging from the teasers, the one with Stiles linked back to the Nematon. For me, Season 1 was about Scott, Season 2 was about Jackson, and Season 3A was about Derek, so Season 3B being about Stiles wouldn’t come as a surprise. Fans have been wanting to know more about the character and the whole ‘Dark Stiles’ thing is a well-known troupe in the fandom.

What do you think about the teasers? Please share your thoughts and theories with us in the comments below.