Cross the Line with the Trailer for “Weird City”

An all-star cast takes on present-day issues in the sci-fi comedy series Weird City, from Jordan Peele and Charlie Sanders. 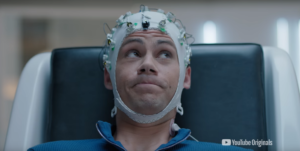 The trailer dropped earlier today and shows that the dystopian city of Weird is in a world where the middle class has completely disappeared. The wealthy (The Haves) live in a high-tech urban utopia, while the lower class (The Have Nots) live in an impoverished, behind-the-times neighborhood. These areas are divided by “The Line”. Crossing The Line is relative to crossing an international border, with security checkpoints and creepy, inappropriate guards. 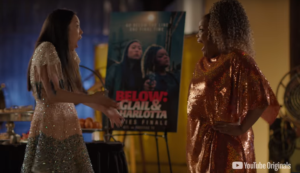 As it’s an anthology series, each episode will feature different characters and a different story. In the trailer, LeVar Burton helps people (like O’Neill, O’Brien, and Cravalho) find their perfect match so they don’t have to go through the effort of dating, while others (including Yeun and Simone) joyfully take a tour of the area below The Line and marvel at the fact that these poor people actually have to wash their own clothes. I’ve got no idea what’s going on with Michael Cera’s story, but it seems to involve giving himself abs and possibly joining a cult, whereas Awkwafina and Yvette Nicole Brown give themselves a virtual makeover for some reason.

Honestly, I was completely unaware of this series until yesterday, but judging by the trailer, this is something I’m going to enjoy! There’s no denying that Jordan Peele is talented, and Key and Peele (which both Peele and Sanders wrote for) had a knack for sketches that were hilarious and absurd.

Check out the trailer below!