Well, he’s on the dock, or he got tickets to the marina and is really thinking about going. Point is, 5 years after the Bizarre, Weird, Twisted debacle (otherwise known as BWT or Poseygate^1 – yes, there are more) tore apart a fandom, Tyler Posey has started talking ships again… kinda.

First, let’s take a stroll down memory lane for some context:

Starting at 1:38 for those who don’t remember, Bizarre, Weird, Twisted occurred during an interview with Hollywood Life (and everyone’s favorite Andy Swift). Posey, Holland Roden, and Tyler Hoechlin were present, and Andy Swift was doing a follow-up question with Tyler Hoechlin about Sterek. Sterek is a non-canon Teen Wolf ship between Stiles Stilinski (Dylan O’Brien) and Derek Hale (Tyler Hoechlin).

Tyler Posey had this to say:

“I think that Sterek is a bizarre, weird, twisted thing. And I think that anyone who pays more attention to Sterek than the show isn’t watching the show for the right reasons. And that’s all I have to say about that.”

A pretty hefty statement given that no one was really asking him, but additionally one that had repercussions throughout the fandom particularly with Sterek fans and slash shippers.

Some excused his actions saying he was just frustrated with the overexposure of Sterek and his response wasn’t homophobic. While Posey has made mention of other slash ships like Scisaac (or Scott/Isaac) here and there, he’s never referenced or even acknowledged his BWT statements beyond the initial interview. In fact, the next time he mentioned Sterek was in a video nearly 4 years later:

At 1:30, Posey is asked about his favorite Sterek scenes and goes on to mention how sweet and funny all of their scenes are. Then he lists one where Derek smashed Stiles’ head into a steering wheel and another where Stiles reacts badly to Derek puking black blood. So sweet! So funny (and coincidentally a couple of scenes the antis love to use to show how abusive Sterek is to detract from shipping it).

Cue 2019, 5 years since BWT and both Posey and Dylan O’Brien are cast in queer roles. Dylan as part of a cross-generational relationship in YouTube’s Weird City and Tyler Posey in Starz’ Now Apocalypse which I’ve given my reaction about.

Since promo has begun for Now Apocalypse, Posey has been talking a lot about the Scott/Stiles (or Sciles) relation”ship”. To the uninitiated, this might not be a connection that makes sense, but if you’re familiar with BWT it might almost seem timely… almost.

During a recent interview, Posey was asked by Pride.com if he thought Teen Wolf fans would enjoy Now Apocalypse and at 1:15 he gave the following answer.

“I think the Stiles and Scott shippers, or anyone that shipped anyone on Teen Wolf or just loved the show enough and loved us enough to be proud of us no matter where we go, you know? I mean- I… I would love to see more Scott and Stiles stuff too, you know? I love Dylan, and I loved working with him. And I don’t know if any other show would allow us to work together again because it’d be so similar to Teen Wolf, but I would love- I mean- I hope they’re happy! You should be! It’s so sweet and genuine and it’s so tasteful, it’s great. I’m very happy with the outcome of Now Apocalypse.”

Then recently he was asked at the Supanova convention in Melbourne, Australia what his favorite ship on Teen Wolf was. 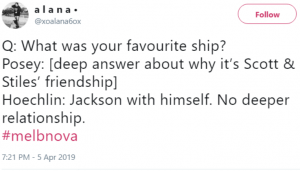 After clarifying whether the question applied to any relationship, he then began to talk about the intense friendship of Scott and Stiles.

Sterek and queer ship fans have gotten a lot of flack for “still holding a grudge over BWT after all this time”. The excuse of, “that was so long ago, get over it” is often used, without the acknowledgment that it’s been the same amount of time without any apology or even acknowledgment from Posey himself. One of the problems is that his suspiciously phobic behavior still exists, from his joke “coming out” to mocking the “we’re here, we’re queer” chant. And it would be one thing if Posey were unaware of the infraction he made against Sterek and slash shippers, but it’s clear by Posey’s actions and even that of the cast that he knows.

During Werewolfcon3 in October of 2017, Tyler Hoechlin (in a panel with Holland Roden, both who were present during the original interview) had the following to say when asked how the cast felt about Sterek:

“I believe someone on the show at one point possible may have made some comments that were ill-informed, incredibly ill-informed… So if anyone’s ever been offended, I apologize.”

Clearly, this was referring to Tyler Posey and the inference here is that Posey knows but is refusing to do anything about it. This dismissal juxtaposed against several articles about how he wants to be an inspiration to the LGBT+ community and how comfortable he is in his sexuality is causing a lot of confusion in the fandom, and a large amount of unrest.

He seems to be straddling the fence a bit.  Would it be safe to assume that the current mention of Sciles is his way of saying he was accepting of non-canon queer ships on the show all along?

Probably not, and here’s why:

She thinks I got a big head. Hers is just tiny 🙂 I’m constantly trying to figure myself out and the impact I have on the world and people. I want to make such a difference but it’s hard trying to verbalize how I want to do it. I want to relate to everyone through my experiences and show the world there are no tiers and we’re all equal as far as I’m concerned. But that’s hard to say because I’ve had somewhat of a privileged life. But I don’t want it sometimes. It puts me in a position that seems to put myself on a pedestal. But I’m realizing I want to use that position I’m in for something great. And something bigger than myself. I’ve had sort of a confusing journey. But I’ve got to start somewhere #DontTakeYourself2seriously

“She thinks I got a big head. Hers is just tiny 🙂 I’m constantly trying to figure myself out and the impact I have on the world and people. I want to make such a difference but it’s hard trying to verbalize how I want to do it. I want to relate to everyone through my experiences and show the world there are no tiers and we’re all equal as far as I’m concerned. But that’s hard to say because I’ve had somewhat of a privileged life. But I don’t want it sometimes. It puts me in a position that seems to put myself on a pedestal. But I’m realizing I want to use that position I’m in for something great. And something bigger than myself. I’ve had sort of a confusing journey. But I’ve got to start somewhere #DontTakeYourself2seriously”

He conveniently turned off commenting and I think it was to avoid comments like, “hey… we’ve already told you the impact you’re having on what was a large percentage of your fanbase and you ignored it because it made you uncomfortable.” I could have safely guaranteed him that the issue has never been him taking himself too seriously.  Ever.

Tyler Posey wants to relate to others and talk about equality but he won’t even apologize to a group of fans who happily watched his show and supported him. He says he was put in a position where he puts himself on a pedestal because of his privilege, but he can barely see past the tip of his own nose to use that privilege to make amends and begin the healing process.

This weekend Posey will be at a convention with Tyler Hoechlin in Brisbane, Australia. Will he take the time, with Hoechlin’s support to address BWT and put an end to it for good? At this point, he’s only got to gain. He’s got fans just waiting to forgive him and the tension that has been caused by his words might finally get some closure, but it’s ultimately going to be up to him.

I’m anxious to see if he’ll rise to the challenge.

A QUICK NOTE ABOUT COMMENTING:

Please read the points below – and the Geekiary’s policy – before commenting:

I don’t hate Posey, but I am disappointed.  I expect more from him and I don’t think being a generally decent human being is too much to ask. Especially when the solution is so simple. 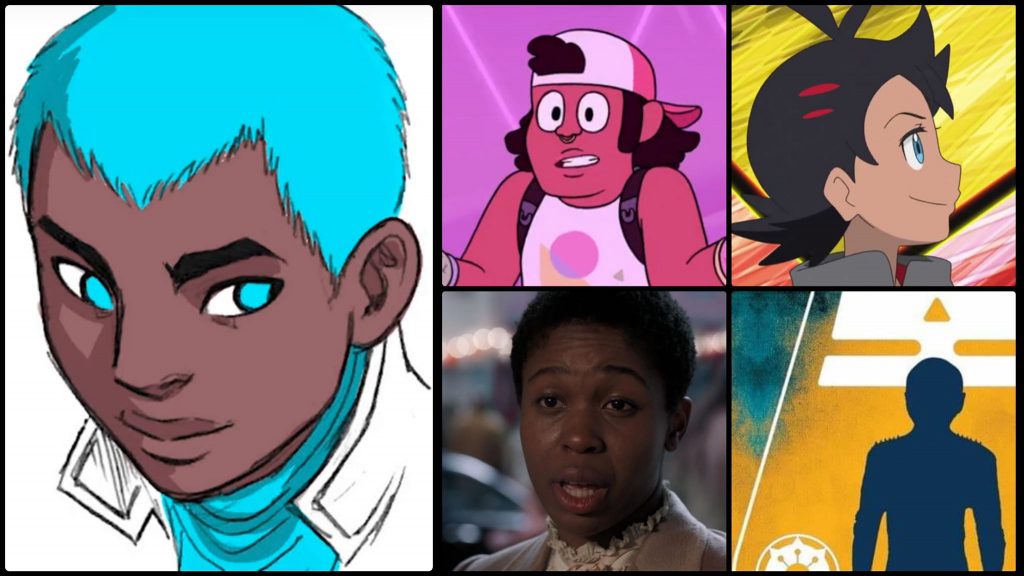 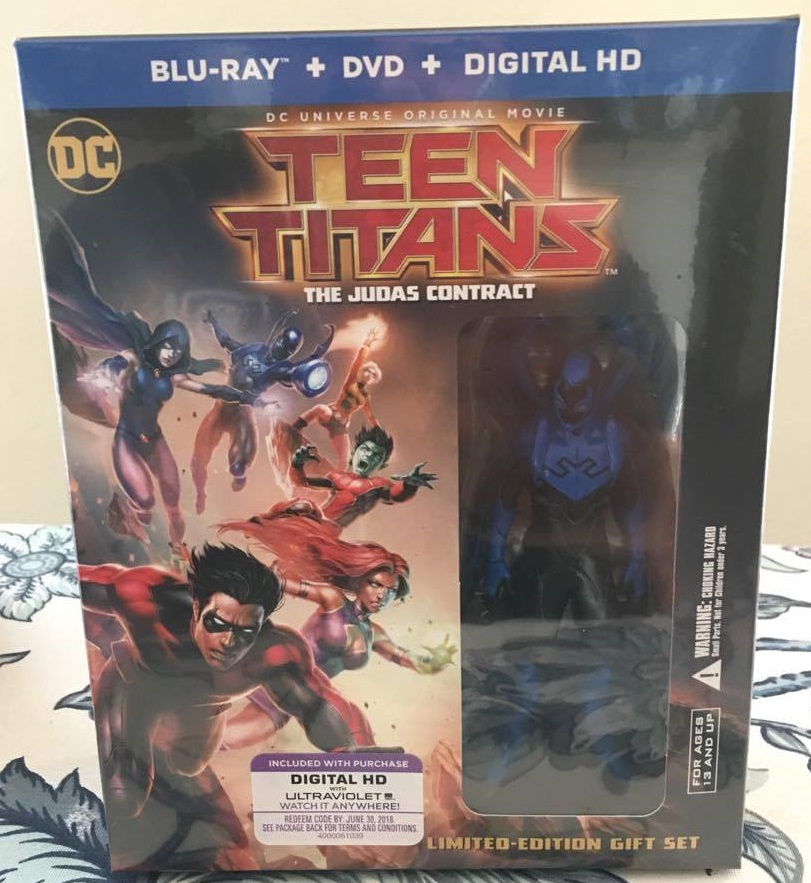 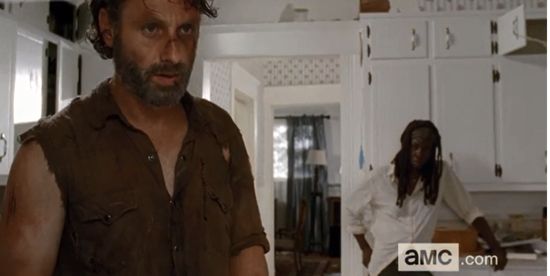