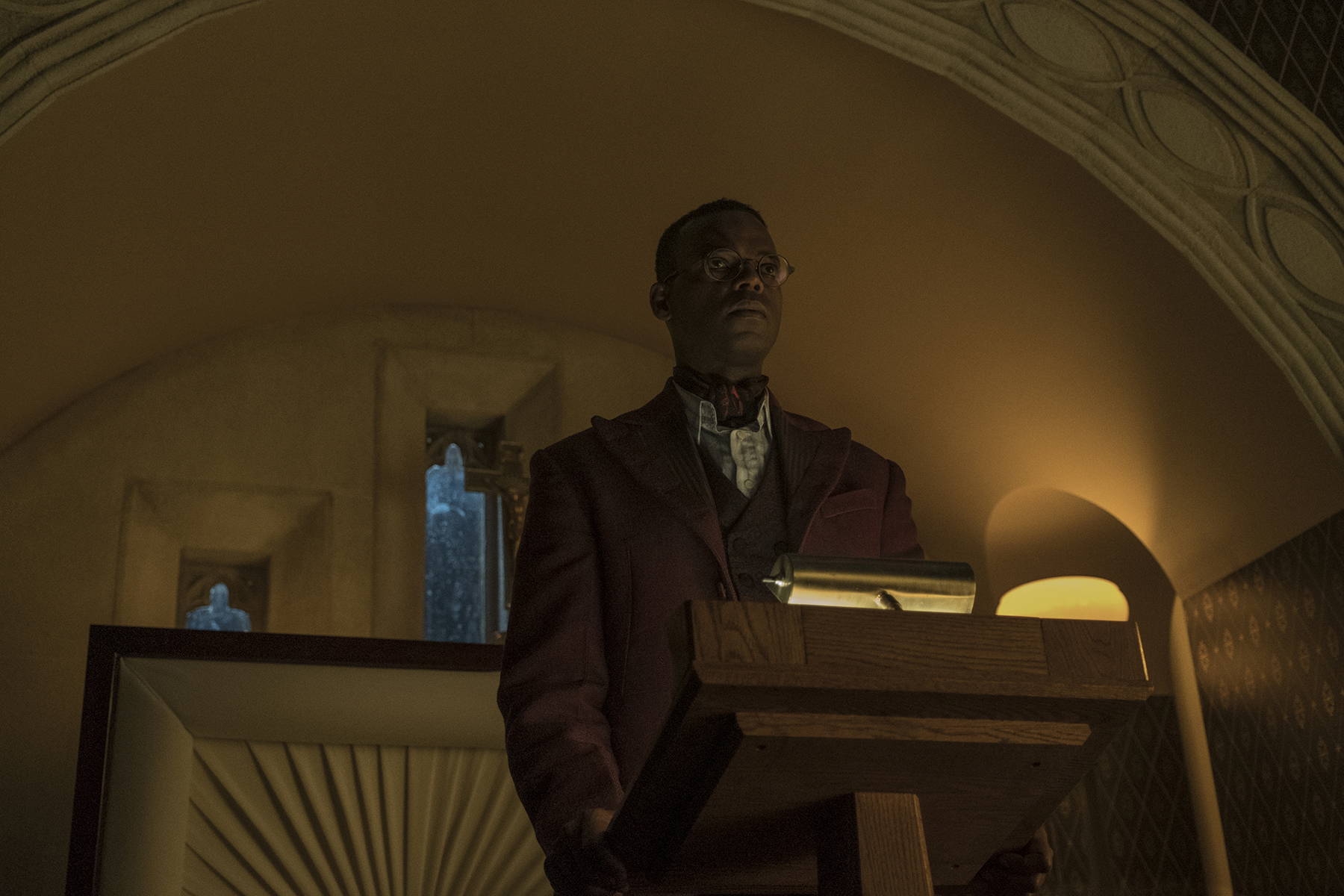 We’re still moving slowly towards the war that is the whole point of American Gods, and though we ended “The Ways of the Dead” in the same place we began it, you get the sense that a lot happened in a short amount of time.

“The Ways of the Dead” felt a lot like a Season 1 episode, which could mean that we are finally getting back on track after the showrunner change. (Of course, knowing that they have changed showrunners again makes you wonder what sort of issues the second half of the season will have.) Stylistically, tonally, this episode was very much a return to form. American Gods is a dark, crazy, fever dream, and multiple points in this episode – Shadow’s dreams, whatever the hell was going on in New Orleans – were like having an acid trip.

This was a heavy episode, both in tone and subject matter. “The Ways of the Dead” dealt strongly with the experiences that black Americans went through, and in fact still are going through today. I’m hardly the most qualified person to speak on such matters, but the scenes depicting the lynching were dramatic and powerful and haunting.

Everyone was in top form for the Cairo scenes, but as usual Nancy (Orlando Jones) stole the show. (Give this man an Emmy, stat!) His scenes with Ibis, confronting him about keeping his mortuary in business at the expense of his followers, were captivating. Even Shadow (Ricky Whittle) delivered some of his best material in the brief amount of time that he was possessed – or hypnotized, or what have you. You have to wonder how Shadow’s experiences with James will come into play with the rest of the story, or if they were just a means to an end; now more than ever, Shadow is aware that they are keeping something big from him.

Of course, if you’ve read the book, you know that they are, and you know what it is. But if you haven’t read the book, there are a lot of clues in “The Ways of the Dead” as to why exactly Wednesday wants Shadow by his side and they all can be found in the story of James. 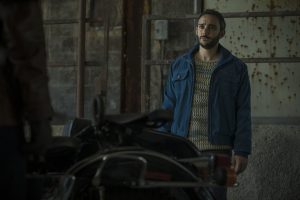 Everything about this episode was about the characters. As I said, at the end of the episode we’re still basically in the same place that we were at the start, but the characters are not the same as they were. It isn’t just about Shadow and his experiences in Cairo; I’m starting to understand why Salim is here. He is more of an audience surrogate than Shadow at this point, and his innocence is refreshing in a show filled with, shall we say, morally ambiguous characters. I’m agnostic, but I truly feel for Salim, clinging to his faith in Allah despite everything that he has seen. I hope that his faith serves a purpose to the story, and that he isn’t there just so that the gods can mock monotheism.

Meanwhile, Mad Sweeney and Laura are fast hurtling towards some sort of reckoning. These two have the most interesting and complex relationship on the show, and I always love their scenes. But after “The Ways of the Dead” I’m concerned. His behavior, while not strictly suicidal, is starting to become worrisome. Not to mention, Laura is beginning to distrust him even more than usual. Has the death knell sounded for Mad Sweeney?

Have you seen “The Ways of the Dead”? What did you think?