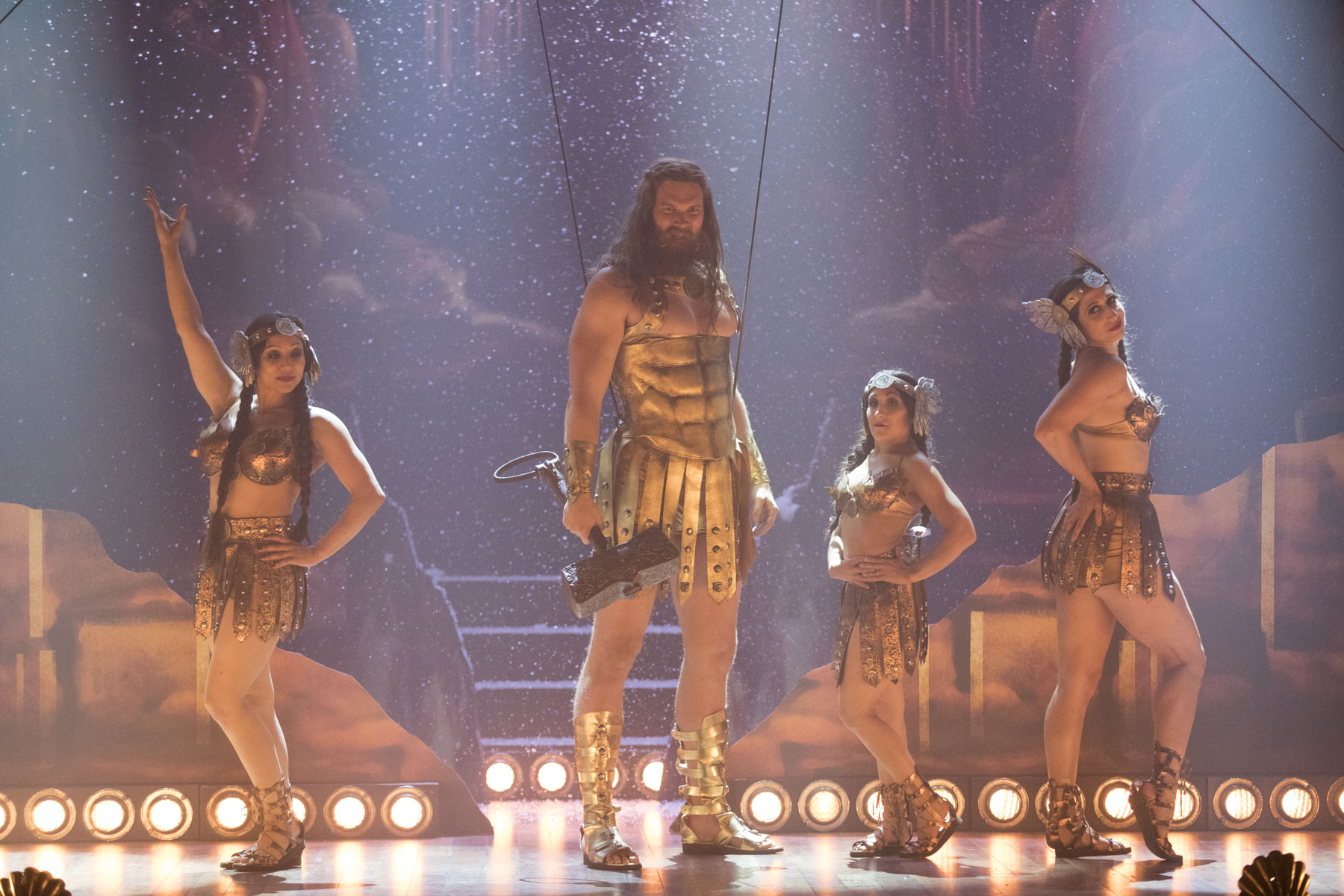 Bouncing back and forth between the past and the present, “Donar the Great” may be the best episode of American Gods Season 2 so far. It gave us context and backstory and a little more depth to the series’ most mysterious character.

Today I learned that “Donar” is also a name for “Thor“. “Donar the Great” fleshes out Wednesday as a character in a way I don’t think this show had been able to achieve just yet. It makes him much more sympathetic. Wednesday is a master manipulator, and he clearly has a lot of balls in the air, but this episode truly showed his flaws for the first time. We can see that he tried to manipulate Donar, and his machinations cost him his son. This was a very powerful episode in a much different way than “The Ways of the Dead”.

Thor and his death were only a passing mention in the book, so it was great to see the whole situation get a little more backstory, and helps explain why Thor – quite possibly the most recognized god in the Norse pantheon – is not around in the present day. The confrontation between Donar and Odin was particularly epic, and it shows us how Gungnir was broken in the first place. It makes you wonder what happened to Mjolnir, and if it was able to retain any power after Thor’s death.

“Donar the Great” also emphasizes the different kinds of conflict that can happen between gods. Right now, the Old Gods are all about survival; Donar and Odin clashing shows you that there are better ways to achieve that. Odin was all about survival at all costs, but Donar did not want to forsake his honor. History might judge differently but I believe Donar was in the right. Both of them mentioned the symbol on the armband – the Nazis co-opted ancient symbols and gave them new connotations. It would have been the same for Donar.

I also liked seeing Columbia – aka the “Spirit of America” – because it was interesting to see a relatively New God treated the same way as the Old Gods. I appreciate how they made her flawed, as its representative of how America itself is flawed. Although it was frustrating that neither she nor Donar took the time to verify what they were being told; they just took Odin’s word for it. It’s a common plot device that never fails to be annoying. Characters are smart until the plot demands they not be. 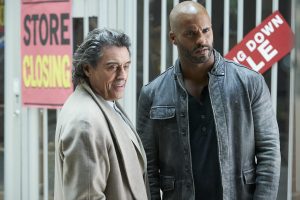 At the risk of spoiling those who haven’t read the book, American Gods is starting to get pretty heavy-handed with its metaphors. That said, there was some decent symbolism in “Donar the Great”. The older iteration of Technical Boy was interesting (I guess Telephone Boy is what he would have been called) and has me re-examining my interpretation of certain scenes in “The Greatest Story Ever Told”. The imagery of the dying mall was fascinating, though I think not particularly well done, considering I don’t know any mall in America that would still have a banner that read “The Future Is 1989” hanging. Like, yes, ha ha, malls as an entity are losing their luster all across the country, but this is a way more recent issue than thirty damn years ago. And, of course, the significance of an episode about American Nazis in our current political climate is something that cannot be overlooked.

American Gods Season 2 is still meandering, but if more episodes are like this, that won’t bother me as much as it did at the beginning of the season. This episode gave a little more depth to the story while managing to inch the plot forward. I believe many of the episodes of season 2 are attempting to achieve this, but this is the first one that I feel was successful in that regard.

Have you seen “Donar the Great”? What did you think?

Previous:‘Hellboy’ Might Be A Hot Mess But At Least It’s Entertaining
Next: Game of Thrones 8×1 Review: Winterfell