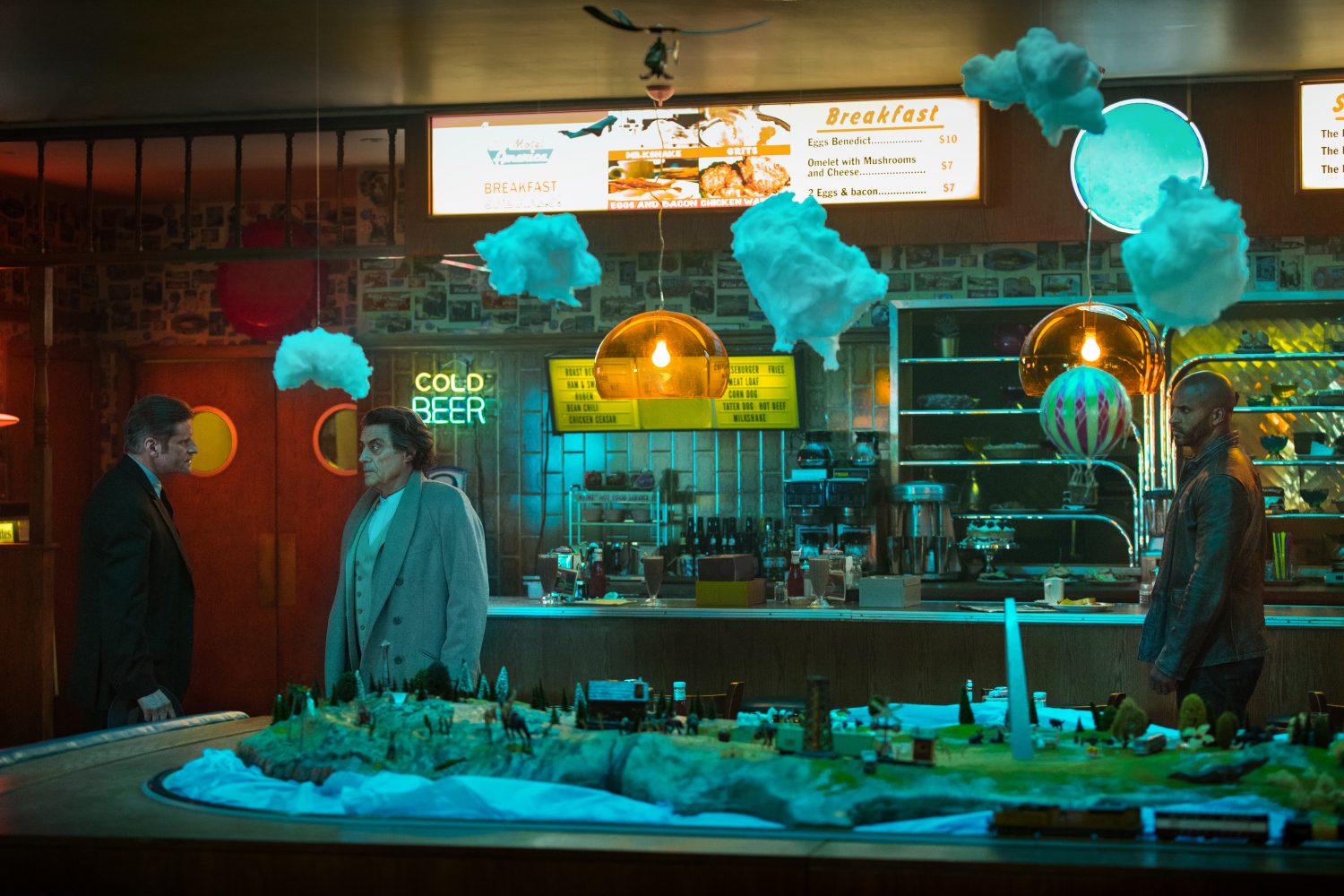 “The Greatest Story Ever Told” traditionally refers to the story of Jesus in the Christian religion, but American Gods posits a new suggestion: money. In this fourth episode of season 2, money is the root of all things.

Money is important in America; our capitalistic system demands it. But until “The Greatest Story Ever Told”, it hasn’t been all that important in American Gods. True, we have the repeated shots of Shadow playing with his coin, but I never felt that was about money so much as it was about the connection between Shadow’s past and his present (and future). I am a little surprised that for beings who have supposedly been planning this war a long time, it took until season 2 to approach the ideas of money and information, the two most important components in winning a war.

Wednesday and Shadow spend nearly the entire episode trying to get a meeting with Money; Mr. World gets one in about ten seconds. Nonetheless, the Bookkeeper – who like the Penny Scouts may be one aspect of Money and not the god itself – seems to walk out of the meeting without choosing a side. However, given that he “pays” in cash, and not the 1s and 0s of digital currency, and considering that Wednesday then pockets the money, can we assume that this means Money has chosen to side with the Old Gods? 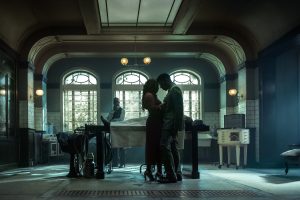 I think this episode is much closer to the spirit of season 1 than the past few episodes have been. The character dynamics in “The Greatest Story Ever Told” are phenomenal, particularly the scene with Nancy, Ibis, and Bilquis in the funeral parlor. I didn’t think there was anything that could top Nancy’s introduction and “angry gets sh*t done” speech in “The Secret of Spoons”, but his monologue attempting to bring Ibis and Bilquis into the fold comes close. Nancy is fighting for the souls of his believers that the New Gods are oppressing, and he tries to appeal to Ibis and Bilquis because they have a shared culture and history. It’s a very powerful scene.

One thing I miss about American Gods is how each episode used to start with the legend of one of its deities; this is how we met Nancy and Bilquis and others. We don’t have those in season 2, which I feel is a great loss. “The Greatest Story Ever Told” gives us the closest to “Somewhere in America” we’ve had this season. It opens with the story of a technology-obsessed young man and the father who tried to get him to love and appreciate music. When the son attempted to reconcile his love of technology with his father’s love of music, you could see the moment his father’s heart broke; that something as emotional, as human as music, could be composed by a machine, was enough to shatter his faith. Then, just when I was wondering how this connected to the greater story, the father dies and at his funeral, we see Technical Boy appear, implying that this is how he came into the world. 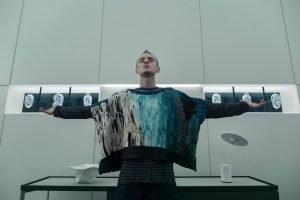 Speaking of, have we lost Tech Boy? Mr. World is unhappy with him for his constant failures and blames him for the loss of Argus. I’m having trouble fathoming that Argus was that important to the cause, considering we didn’t meet him until last week and between Tech Boy and New Media, they should be able to gather the information needed. Mr. World then “replaced” Tech Boy with his main follower (and perhaps the reason for his existence) and then seemingly “retired” him. Is it possible for Tech Boy to be retired? Think about it, how much influence does technology have on our everyday lives? With New Media embracing how the younger generation uses technology, has Tech Boy become redundant?

Have you seen “The Greatest Story Ever Told”? What did you think?