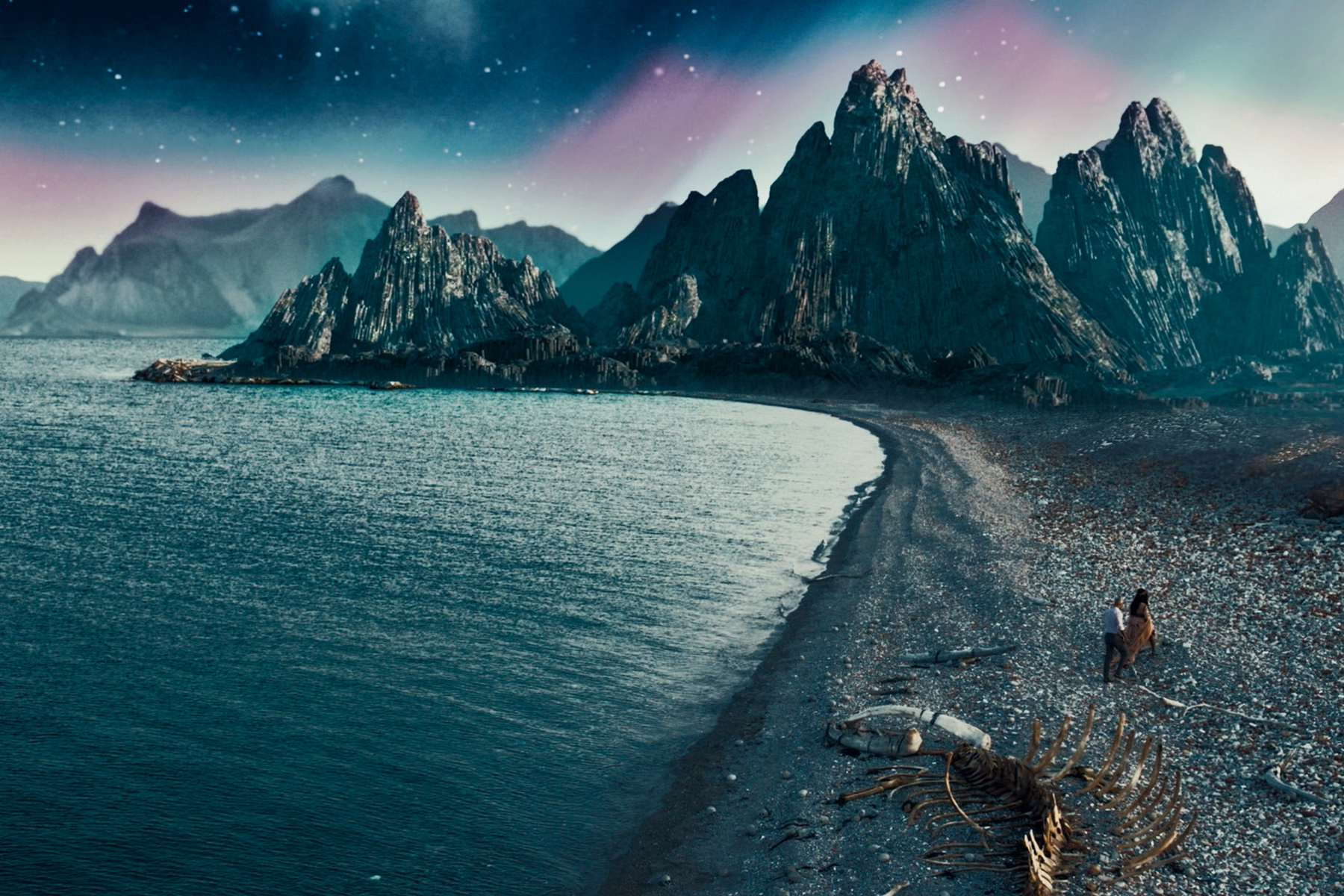 American Gods had a torturous, twisty road from season 1 to season 2, and though on the surface it hasn’t lost its luster, only time will tell if the behind-the-scenes problems will manifest onscreen in any significant way. Truthfully, the season 2 premiere, “House on the Rock”, may well be the only episode this season that still feels like the same show.

Book readers surely remember the scene at House on the Rock, which is a real tourist attraction in Wisconsin and the site of the Old Gods’ first, shall we say, war council. Wednesday has called the Old Gods together, finally, in an attempt to convince them to start a war with the New Gods. Bilquis, meanwhile, has come to try and talk the Old Gods into joining the New Gods and using their technology and influence to gain new followers.

Bilquis later betrays the Old Gods by revealing their location to Mr. World, who launches an attack against the diner in which they’re feasting. Firing bullets stamped with “deus mortuorum” (basically “god of the dead”), several of the Old Gods are killed, including Zorya Vechernyaya. Shadow, who ran out to stop the shooter, is abducted.

You would be able to tell that things are off with Bilquis even without the “previously on American Gods” where they remind you that she made a deal with Technical Boy; she is clearly hiding something. When the Old Gods use their tokens to get their fortunes told, whatever Bilquis reads makes her look at Shadow, and later, in the diner, she purposefully approaches Laura (and kisses her). You have to wonder if any of the Old Gods will make the connection that she suggested they work together with the New Gods and then conveniently left before the attack. 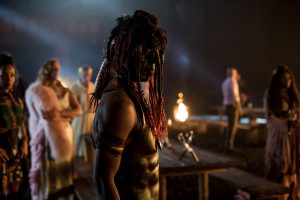 “House on the Rock” is a beautiful episode. Much of the episode takes place in said “house”, with the characters weaving among the attraction’s odd collections before they arrive at the vaunted carousel. Shadow, along with Wednesday, Nancy, and Bilquis, rides the carousel in order to go “behind-the-scenes”, which is both in a cave on a coast somewhere in Scandinavia and inside Wednesday’s head. Both the carousel and the cave scenes are some stellar filmmaking – the carousel ride is like a bad acid trip, and the meeting in the cave uses light and color phenomenally, as each Old God is overlaid with their more traditional appearance. These scenes are probably my favorites in the series so far.

As much as the episode is beautiful, the character interactions don’t really seem to be there. Everything seems perfunctory, for the purpose of the plot. Shadow is still confused about Laura’s presence, though simple moments – like her touching his hand in the backseat of the car – are nicely done. Indeed American Gods can still nail the little things while the bigger things seem to have lost some of their soul. Laura’s confrontation with Wednesday lacks bite, and the more Shadow sees, the more he believes and slips away from her. Salim’s reunion with the Jinn leaves a little something to be desired, although the Jinn does protect Salim during the diner attack.

“House on the Rock” still manages to be what American Gods used to be, albeit just a little lacking. The visuals are still there, and the acting is still there, but it doesn’t add up to as much as it did in season 1. After the confrontation at Easter’s and this attack, hopefully the pace will pick up a little, because after a two-year hiatus, I need something big to happen fast, or the show’s careful trek will seem more slow trudging than tense anticipation.

What did you think of “House on the Rock”?