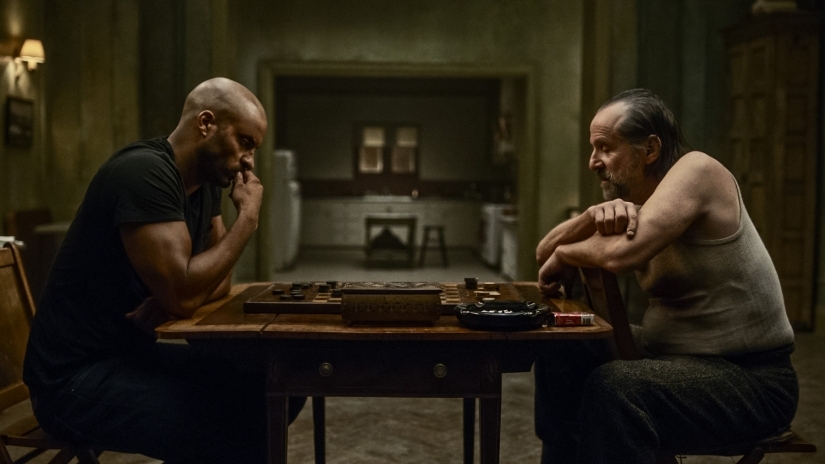 The second episode of American Gods, ‘The Secret of Spoons,’ introduces us to two incredible new characters played by equally incredible actors. 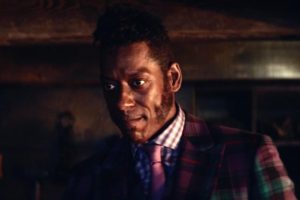 ‘The Secret of Spoons’ starts with an unbelievably powerful scene featuring Mr. Nancy, played by Orlando Jones.  I was thrilled when his casting was announced and this scene proved to me why.  I could not think of a better actor for the character.  The Old Gods were brought to America in a number of different ways, and this dramatic opening sequence illustrated that perfectly.

The scene is highly emotionally charged, but the story’s boldness is its strength.  People’s faith often shows itself most strongly in troubled times and it’s hard to imagine something more troubling that a slave ship en route to America.  Not only is it immediately dire, but it’s the beginning of hundreds of years of oppression, as Mr. Nancy explains.  The scene was brilliantly acted, written, and directed.  All around a masterful scene in a show I’m sure will have countless memorable moments.

We also finally see Gillian Anderson as Media, a new God who tries to recruit Shadow Moon to her own side.  Like Orlando Jones, when her casting was announced I was absolutely thrilled.  She captures Lucille Ball perfectly at first, but seamlessly slips into an otherworldly version of her as she attempts to convert Shadow.  Whoever made these casting decisions completely nailed it with both of these characters and I look forward to more of them.

But ultimately Shadow’s journey in ‘The Secret of Spoons’ leads him and Mr. Wednesday to Chicago, where they encounter the Zorya sisters and Czernobog.  The life of Old Gods isn’t pretty.  The four characters are crammed in a shabby apartment living off of Czernobog’s slaughterhouse salary and a small amount of fortune-telling income from the sisters.  Their struggles mirror those of immigrants who enter the United States by way of New York, only to find themselves barely scraping by in a country that simply doesn’t understand their way of life.

‘The Secret of Spoons’ ends with Shadow Moon somewhat accepting that the world of the Gods is real as he bets his life on a checkers match with Czernobog.  I’m not sure if he consciously actually believes in any of it, but he’s accepted it.  It’s a subtle difference, but can be adequately summed up when he says ‘f**k it’ and starts to play.  This leaves us on a hell of a cliff hanger as Shadow’s life hangs in the balance.  This is one of those moments when the book readers will have a slightly less stressful wait until next week as we know what’s coming, but it’s no less of a perfect spot to leave things for the week.