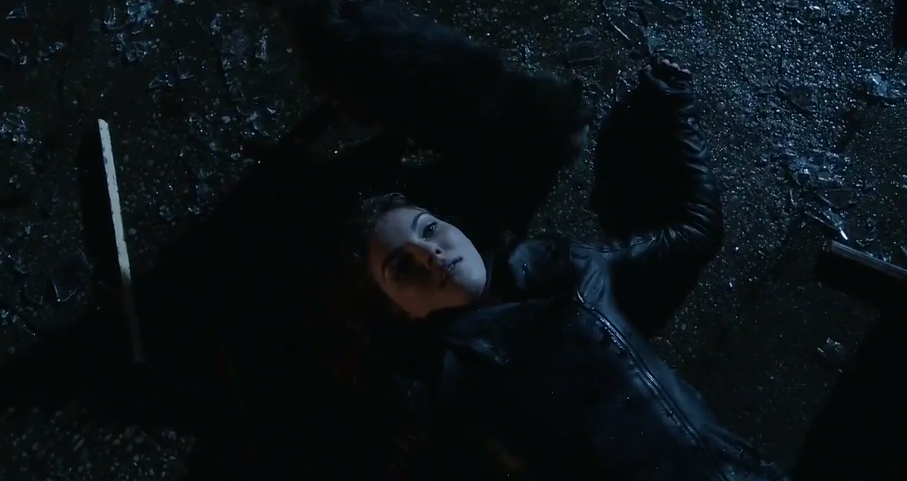 This week’s episode of Gotham, titled ‘The Primal Riddle’, though enjoyable, felt a bit like filler.

Since Gotham’s return, the last three episodes seem to be setting things up for what looks like an explosive finale. However, there are still five episodes left for this season and I hope we get some good material instead of episodes moving the plot at snail’s pace. ‘The Primal Riddle’ gave me some interesting character moments but not much substance.

Penguin and Bud Ivy, always a joy to watch together, were able to recruit Firefly and Mr. Freeze. Next week is probably going to be them teaming up with Hugo Strange and Fish Mooney to take down Barbara and Nygma.

Talking about those two, Barbara went to Ed thinking that he might know something about the Court of Owls. I understand Barbara’s frustration. She worked hard to control Gotham’s underworld and knowing that there’s still someone else ruling over her isn’t something she’s pleased about. She isn’t powerful enough to take down the court and I think her little arc is going to be about her relationship with Tabitha.

There’s tension between the two female lovers, and with Penguin getting ready for war, it’ll be interesting where Barbara finds herself at the end of this season.

‘The Primal Riddle’ focused a lot on Nygma trying to expose the court and Jim Gordon trying to stop him. I’m still not invested in Jim and I don’t think I’ll ever be unless the writers change direction. I did, however, enjoy Lee going after Jim. If the writers can’t make Jim go crazy, I’ll take Lee seeking revenge and trying to kill him or something. Please, Gotham writers, give me anything instead of two boring characters in the show.

Alfred not being able to realize that he’s been playing chess with Baby Bruce’s clone made no sense. Apparently, the clone is dying and he goes to meet Kitty Selina. Even Selina not being able to tell she had been talking to a clone felt stupid. Both Alfred and Selina know about Bruce having a clone and red flags should be popping up whenever they see Bruce acting weird.

The best moment in “The Primal Riddle” involved Kitty Selina. The scene where the clone pushed her out the window and cats surrounded was nostalgic. We’ve seen similar scenes in Batman Returns and Halle Berry’s Catwoman. With the theme of the second-half of season 3 being “Heroes Rise” I wouldn’t be surprised if Selina starts going by the name Catwoman. However, I hope the show doesn’t give her supernatural powers.

Quote of the week: “If you want to become famous, try dying. I can help you with that.” – Tabitha to Ed.

Did you watch Gotham this week? What did you think? Let us know.