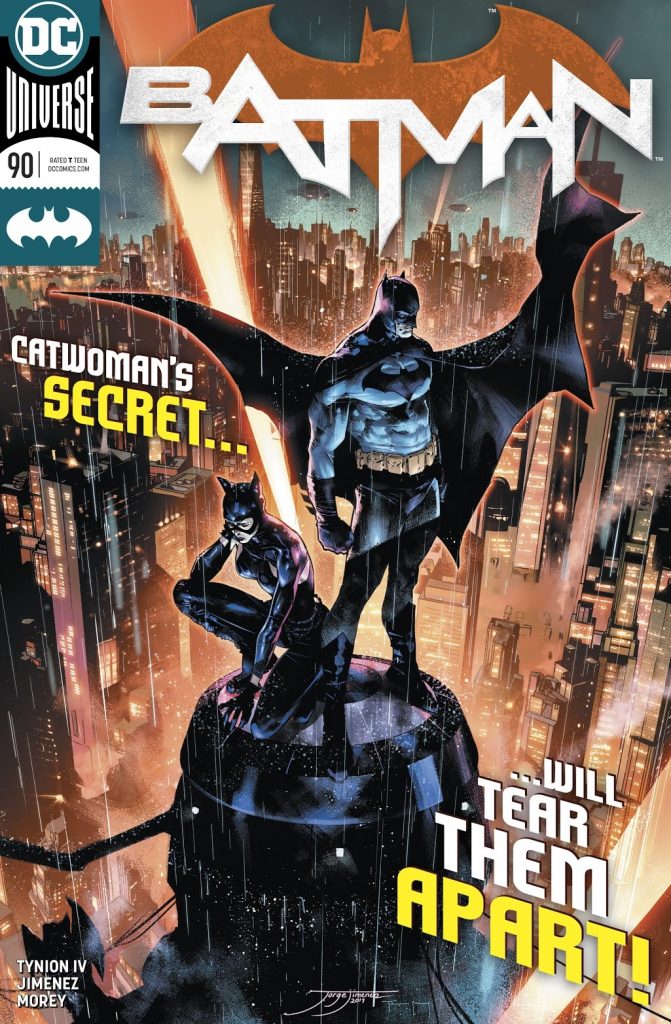 Welcome to my comic book review roundup for this week (March 4, 2020). As usual, I’ll be going over all of the titles I’ve read. My current review list includes Batman Issue 90, Marauders Issue 9, and more!

I will begin my comic book review round-up with Batman Issue 90. Writer James Tynion IV gave us some answers about what he plans to put Bruce and Selina through. Catwoman finally came clean in the latest issue, and I think the explanation was (kind of) enjoyable. There was a lot of dialogue going around, and certain readers might not welcome it. I was okay with all of the text, though. The art by Jorge Jimenez was quite dynamic.

From what I understood, the Designer is the one who gave the Joker (or at least, one of them) the push to become crazier. The Designer also helped Catwoman, Penguin, and the Riddler come up with high-level plans to beat Batman and wreak havoc in Gotham. And I guess now all of those plans are coming to fruition without the Penguin, Riddler, and Catwoman being directly involved?

As for the current events causing a rift between Selina and Bruce? Even if does, I don’t think they’ll stay apart for long. 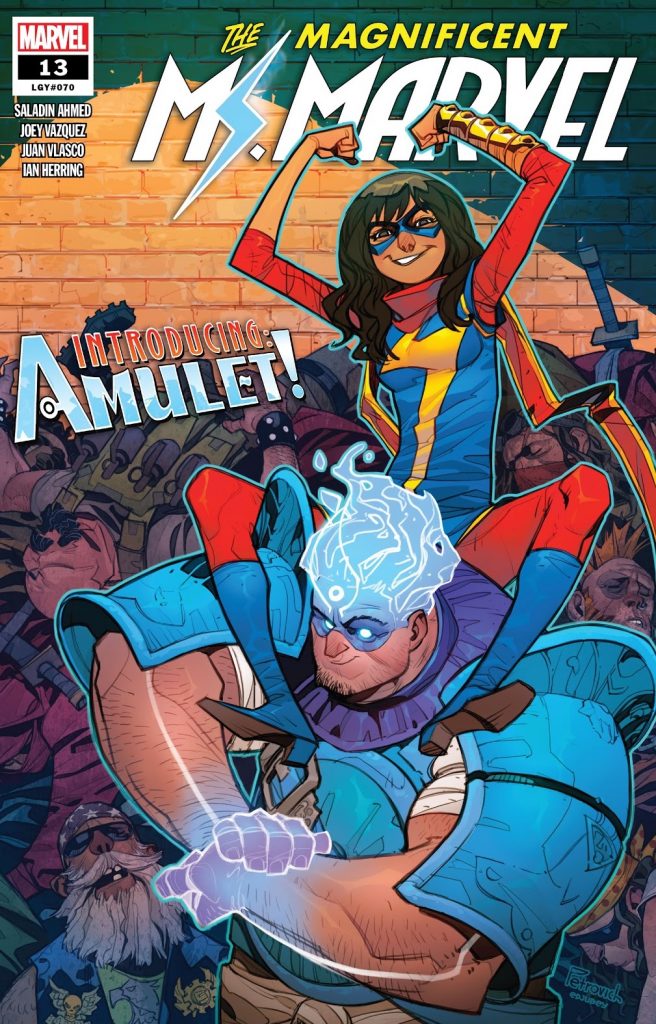 We were already told (in January of this year) that writer Saladin Ahmed was introducing a new character named Amulet in this issue, and Ahmed didn’t disappoint. I’m a fan of Amulet already. I love seeing Kamala interact with other Muslim superheroes. She has already worked with the mutant Dust and now she has Amulet to fight bad guys with.

Amulet’s powers are magic-based and seem to be defensive in nature. His skills can bring something different to the battlefield compared to what Kamala can do.

While I liked everything that had to do with Kamala, Amulet, Kamala’s father and her friends (Nakia and Zoe), the Bruno stuff made me roll my eyes. I understand that Kamala isn’t ready to begin a romantic relationship. However, she needs to be more direct about it with Bruno.

In my opinion, Bruno and Kamala are better off as platonic friends. The current relationship drama being added to the narrative by Ahmed is something I’m not a fan of. The Magnificent Ms. Marvel is a highly enjoyable series. It doesn’t need any relationship drama. 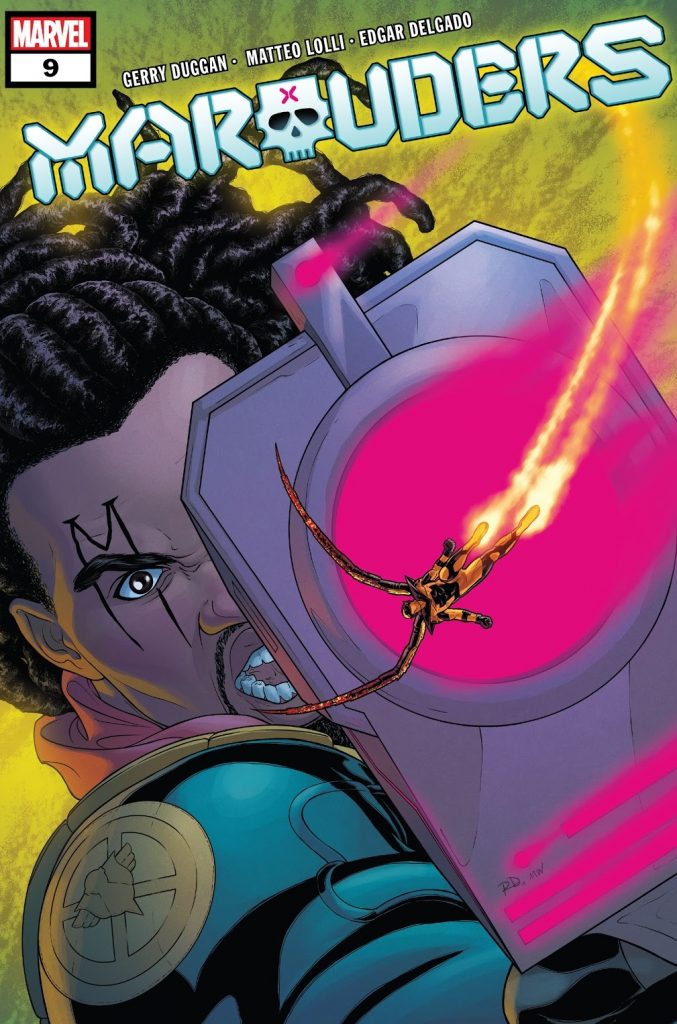 Writer Gerry Duggan knows what he wants to do with his team of X-Men in Marauders and I’m so here for it. Marauders Issue 9 focused on Pyro, Emma Frost, and Bishop. And while I’m not a big fan of any of these three characters, I enjoyed reading about their little plan this week.

I’ve been waiting for Emma to handle Yellowjacket spying on Krakoa from inside Pyro, and Duggan more than delivered in this issue. Seeing Emma and Pyro teach the murderous Homines Verendi kids a lesson was great.

Also, Kate’s death has indeed taken a toll on Emma. No one knows why Kate can’t be resurrected and I hope Duggan gives an answer soon. 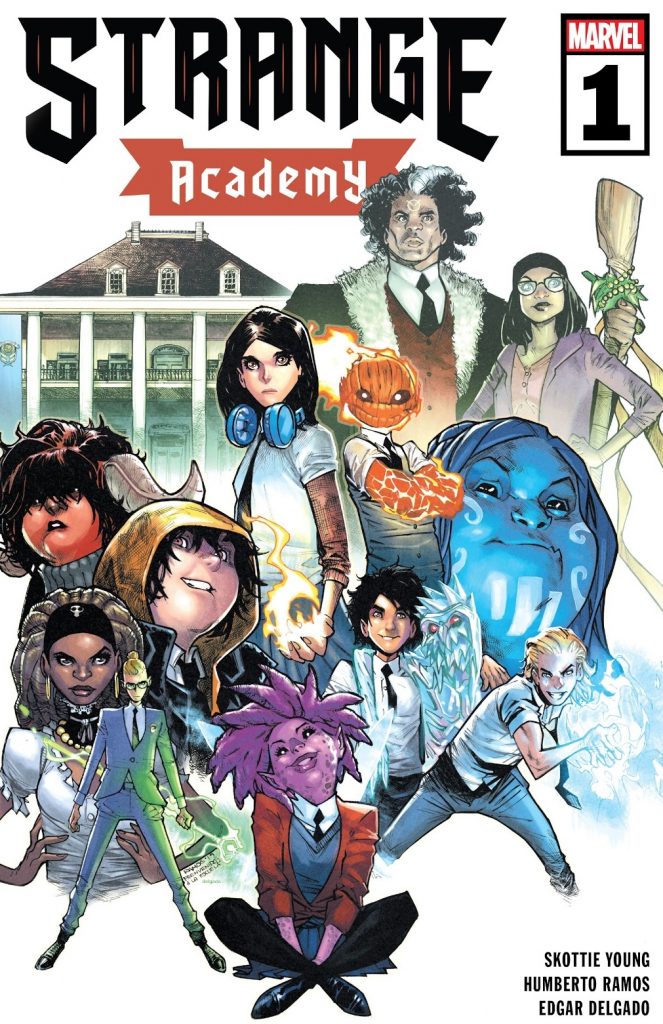 I don’t know how to feel about this new series, from writer Skottie Young, yet. It feels like a blatant ripoff of X-Men, Harry Potter, and Fairy Tail with Dr. Strange and a few other magic experts teaching young magical beings. 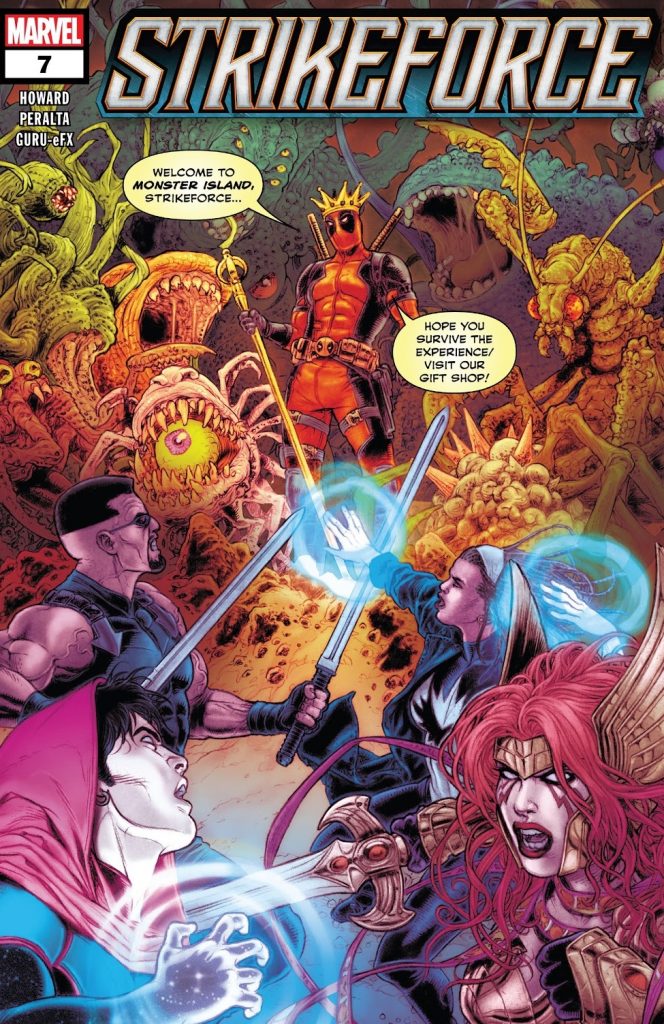 This week’s installment of Strikeforce, by writer Tini Howard, focused on Spider-Woman. It made sense to read about how she wanted to spend more time with her child. The team found themselves on Monster Island (that’s ruled by King Deadpool). I liked how Deadpool compared all of the team members to monsters. And while I’m enjoying the current narrative arc, I would like to see Wiccan do more.

With how the issue concluded, I think we should get ready for an action-packed next issue. 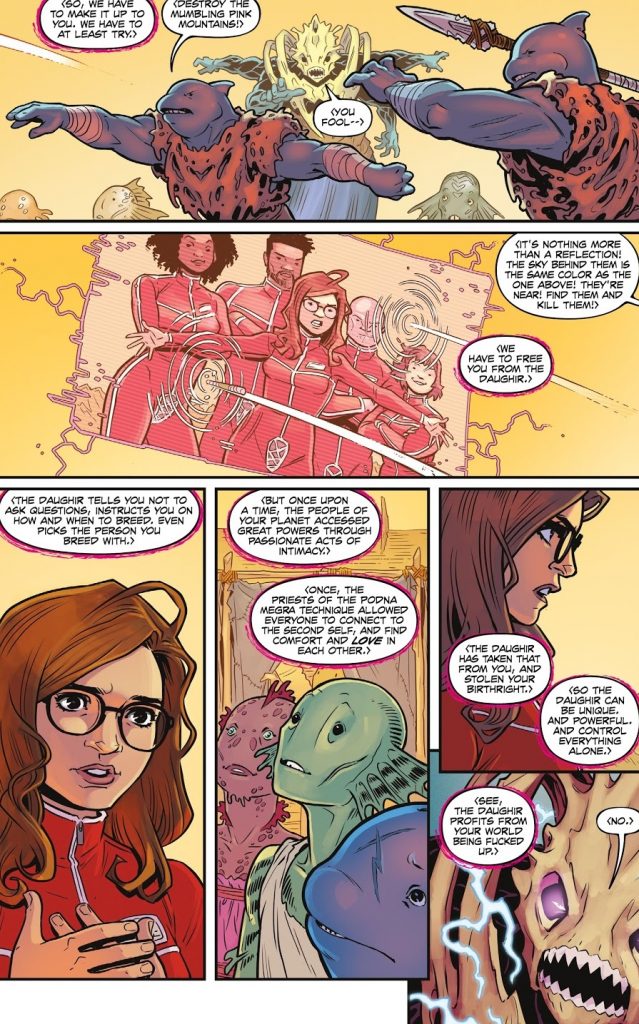 If you aren’t reading Money Shot by writers Tim Seeley and Sarah Beattie, why the heck not? It’s one of the best new comic series I have read in a while. The premise deals with a group of scientists making adult videos to earn money for their projects. Issue 5, drawn by Rebekah Isaacs, dealt with the group’s adventure in the alien world of Dry Reef.

I really don’t want to spoil the plot because it has a lot of humor and weird events in it. All I can say is that the story is highly enjoyable. And yes, it doesn’t shy away from the queer stuff. 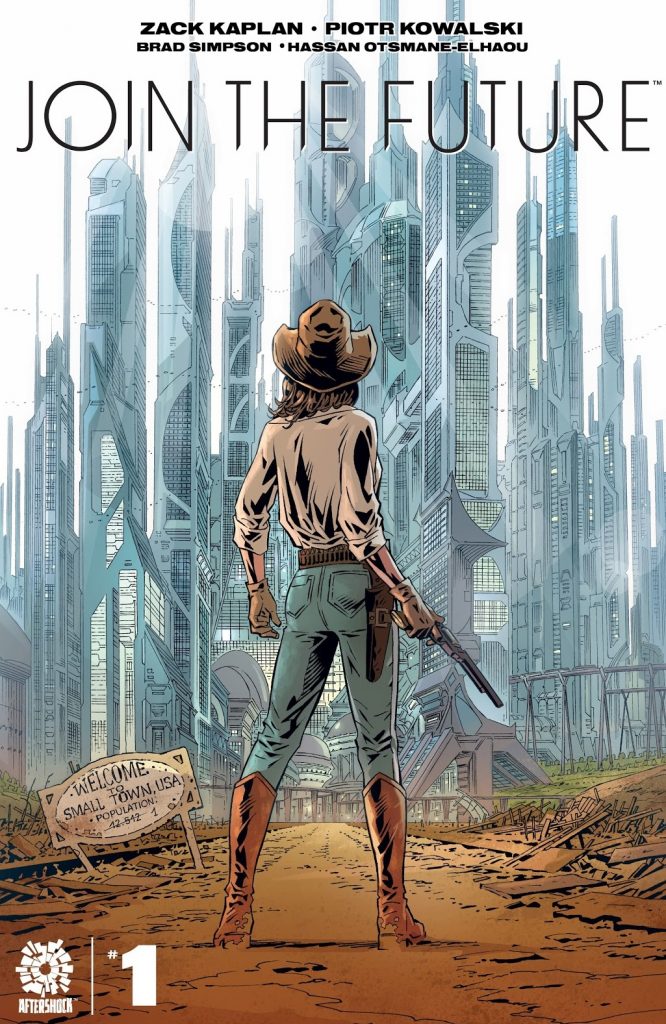 Join the Future is a new comic book series from Aftershock. Written by Zack Kaplan, Join the Future is a dystopian story (with Western influences) that, if done right, can attract a passionate fandom. In just the debut issue, I found myself understanding a lot of the fictional world and being invested in the main lead named Clementine.

The premise dealt with the tensions between Megacity and rural areas. Technology’s ready to offer a quality life to all, however, it seems you’ll be giving up your freedom in return. It’s nothing new, but Kaplan does deliver a script that feels fresh and interesting. And with how things ended in the first issue, I can’t wait to see what Clementine decides to do next.

Recommendation: You should consider checking out this new series. 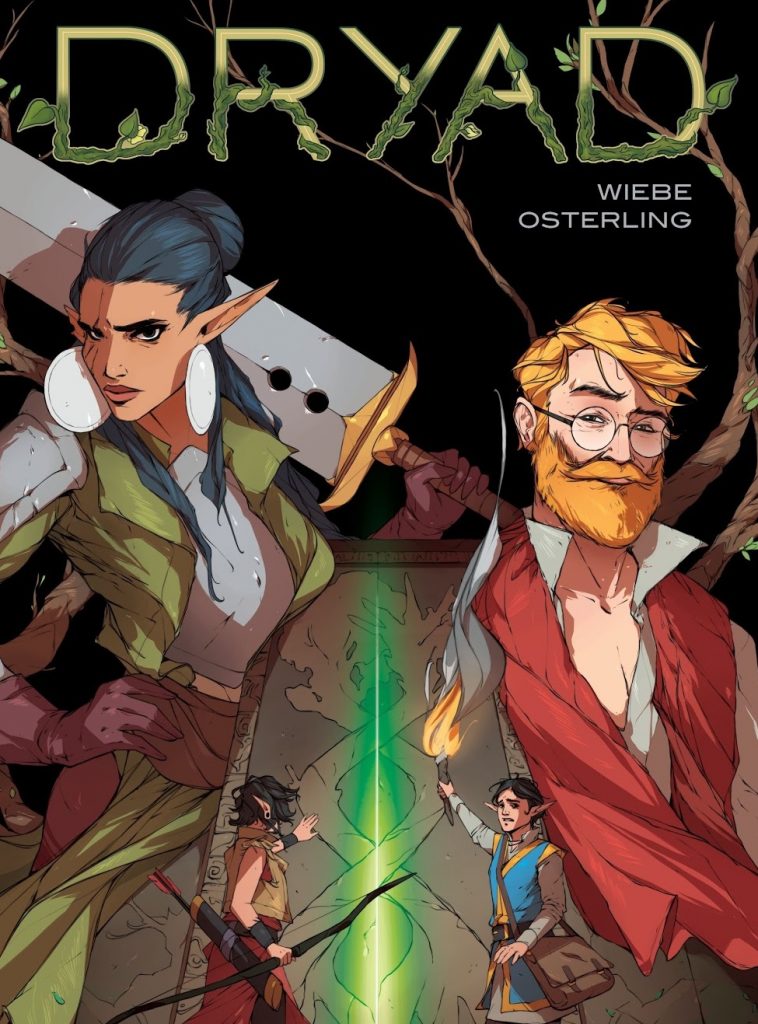 This is another new series that hit comic stands this week. I’m all for giving debut issues a try. I think they deserve that much, especially when the story is creator-owned and not from the big two (Marvel and DC Comics). If you are into family and fantasy, I think you will enjoy Dryad.

The title has been created by Kurtis Wiebe (writer) and Justin Osterling (artist). The story is about a married couple (Yale and Morgan) and their two kids. There’s a lot of mystery surrounding the couple and why they decided to run away to raise their kids in an isolated place called Frostbrook. However, Frostbrook has a rich and dangerous history the kids find themselves involved in.

I’m looking forward to learning more about the main family, Frostbrook, and the magical world Wiebe and Osterling have created.

Also, it’s going to have some queer stuff in there, so, that’s good, too. 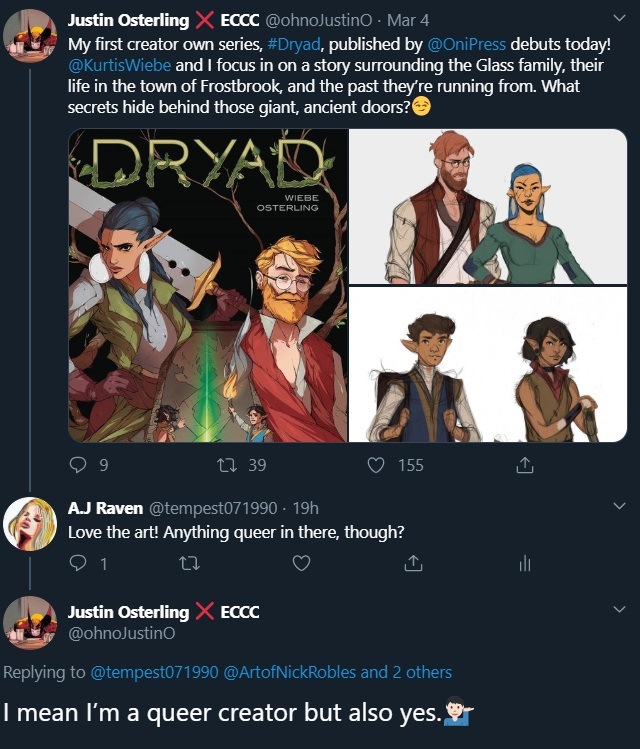 I had to ask the important question! ha! 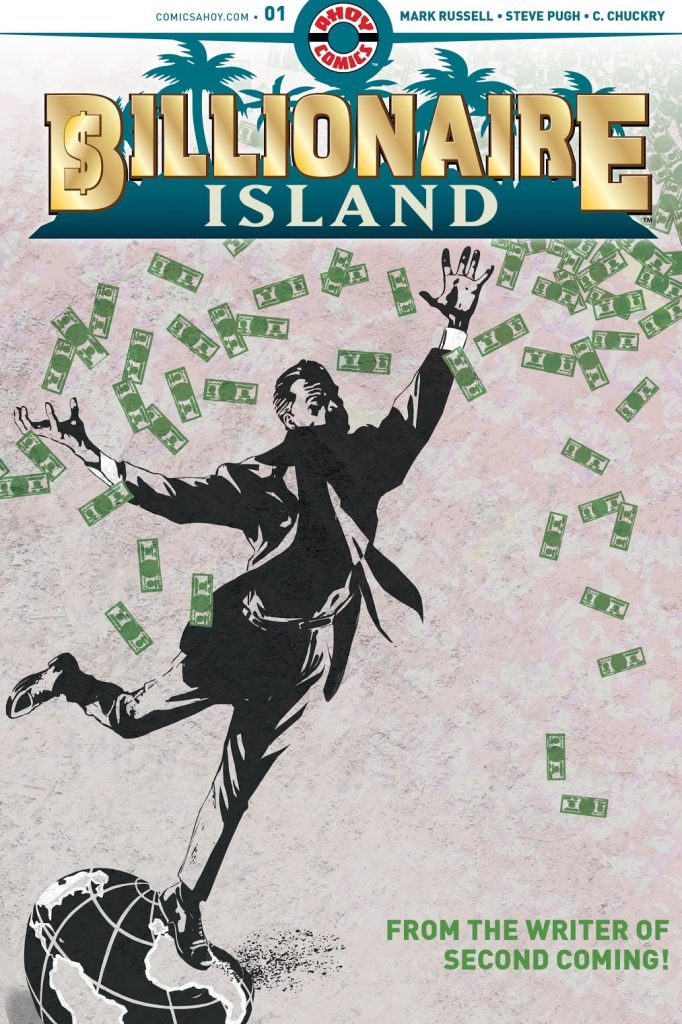 Disclaimer: I was provided a free copy of Billionaire Island Issue 1 for review. The opinions I have shared are my own.

As far as what I think, Billionaire Island (written by Mark Russell) looks like a very timely comic book series. The title says it all, the premise is about an island meant for billionaires. Apparently, with the public becoming tired of how the rich continue to act and control the world, the island offers a getaway for billionaires to do whatever they want.

Artist Steve Pugh does an impressive job of creating a fantasy setting for billionaires on the island while also offering a potent comparison by visualizing the bleak world the rest of the population lives in. This series has a lot that can be explored and I can’t wait for the island to come crashing down!

So, that’s that for my comic book review roundup for this week. Which titles did you buy? What did you think of Batman Issue 90? Have you read some of the new comic books?