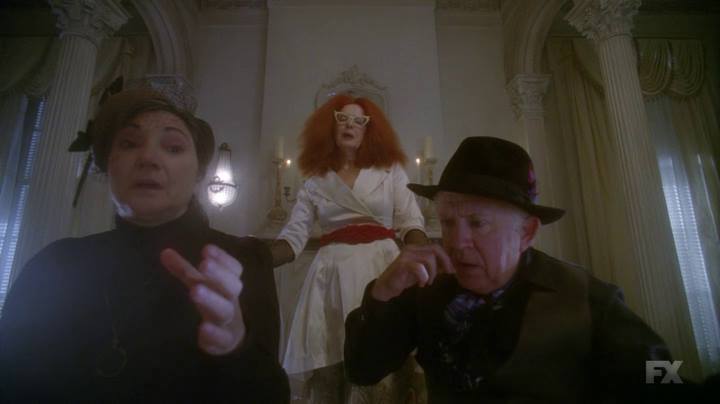 I’m going to try and keep this short because nothing new happened in this week’s episode of American Horror Story: Coven. And what did happen wasn’t really that surprising. I guess in a thirteen episode season, there are bound to be some filler episodes. The episode focused on parental relationships and an ending that set things up for when the season returns next month.

Remember when last week I said that there might be something that will make the voodoo practitioners and the coven to band together? Well, that happened. I appreciated the writers focusing on secondary characters. However, with all the other things happening, I wanted the story to return to the main plot and move it further. Hanks whole backstory was kind of predictable. We’ve all seen or read about witch hunting families in various shows, games, etc. So the revelation that Hank’s father has a whole organization of witch hunters in North America was just ‘meh!’. 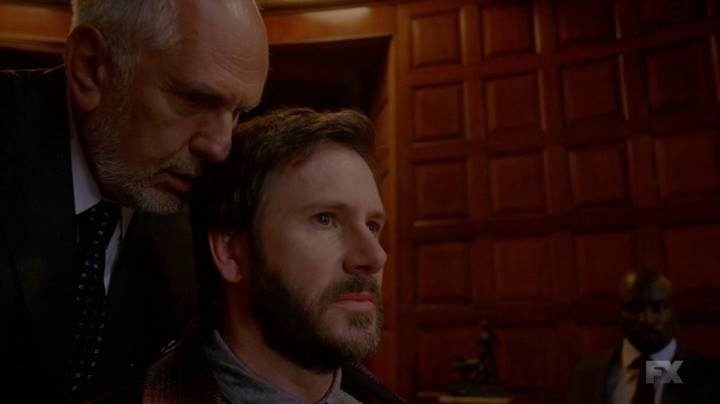 The thing that took me by surprise was Myrtle’s character. She has been shown as a witch trying to make people appreciate her talents and what she has done for the coven. But after being brought back to life, she isn’t waiting around for the applause. Though the scene in which she took out the two council members was chilling, it felt out of character. I understand she wanted to give Cordelia back her eyes and take her revenger, but something didn’t feel right to me. Maybe Myrtle has always been like this and we are only getting to see it now? Maybe she has a more sinister motive? We find out that because of her new eyes, given by Myrtle, Cordelia has stopped having her visions. Maybe Myrtle did that on purpose? There are still a lot of things that can happen on the show. That’s why I have faith in it.

The interactions between Fiona and Marie Laveau were fun to watch. Both actresses bring power that resonates from the screen. Coming back to what I said about the two parties joining together. It turns out that Hank wants to kill the voodoo practitioners as well in order to make his father proud. I was a bit disappointed to see Laveau’s group (Posse? Clan members?) not put up much of a fight against Hank. I was expecting to see some Voodoo vs. Witch Hunter action. I was also disappointed to see Hank dead in the end. I wanted there to be a confrontation between him and Cordelia. But it’s AHS: Coven and I have some hope he might come back…(fingers crossed. Or better still, Cordelia might have to face off against her father-in-law, the leader of the witch hunters. That would be exciting!

As far as the characters are concerned, Queenie tried to make Delphine appreciate African heritage. I’m still not behind the ‘redemption’ road the writers are keen on taking. Zoe and Madison were a waste. Don’t know what the writers are trying to do with Zoe. She can be a cold-hearted killer in one episode and then be all confused in the next. They need to give her stable character depiction.

Like I said, the main plot didn’t advance except Leveau accepting to team up with Fiona in the end. With four more episodes to go I am excited to see the final showdown between the opposing forces and the true intentions of the main characters.

What did you think of this week’s episode? Please share in the comments.