Tom Jennings Wants To Take You Back In Time With ‘Apollo: Missions To The Moon’ 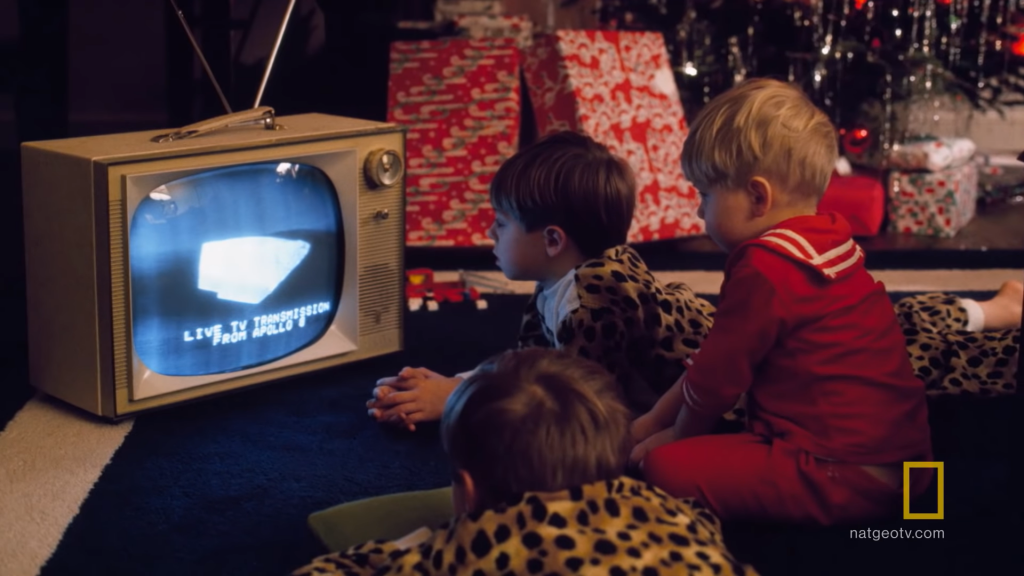 Fifty years ago, the Apollo 11 mission took us to the moon for the first time. A lot of outlets are releasing anniversary programming- but you’re not going to find a cooler, more immersive experience than National Geographic’s Apollo: Missions to the Moon. The film takes you back in time by telling the story entirely in found footage and audio from around the world. We talked with award-winning director Tom Jennings about what makes Apollo special and how he was able to create such a fresh take on something so familiar.

The Geekiary: Apollo- and your other films- use a very different style of film-making than people are used to. How did you find your way to this style?

Tom Jennings: That’s a very long story. There’s something I find really magical about putting together a bunch of archival footage, sounds, images, and bringing them to life in a way that makes you feel like you’re experiencing it in real time- as if you were living through it.

The quick story is that I discovered an archive in Dallas many years ago while working on a program I ended up doing for National Geographic [The Lost JFK Tapes: The Assassination]. I was at a place called the Sixth Floor Museum with the curator, and I was watching this local news, all of which I’d never seen before. We’re so used to seeing Walter Cronkite, for example. Same with the Apollo missions. I remember saying to the curator, “Wow, you could just let this play, it’s so amazing.” It took me years to convince a network to do this style, but once we did it they saw the beauty in it.

Speaking of Cronkite- [he’s] all over the story, almost the voice of the story in general for the American public. For Apollo, I told my researchers, “Throw out as much Cronkite as you possibly can. Find someone else who says the same thing.” What we do a lot is go to local news organizations, like WCCO in Cocoa Beach, Florida. The rocket launches were a local story for them. Even though the launches may be familiar to an audience that knows the Apollo story, you’re hearing it told to you and seeing images that are brand new. The whole concept is to find new ways to tell familiar stories so the audience who thinks they’ve seen it all can see there’s a lot more going on.

If we’re doing our job, you feel like you’re living through it. You’ll see a familiar story like Apollo with fresh eyes. 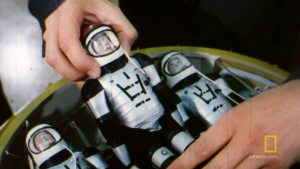 So much of this film will be new to viewers. I for one have never seen half of these and I’m a space nerd.

TG: When you were going through the footage, was there anything you found that surprised you?

Jennings: One thing I didn’t know comes from Apollo 7. No one talks about Apollo 7, but it’s important because it’s the first manned mission after the fire in Apollo 1. The funny thing we found out is that they had an onboard camera that allowed them to do a live broadcast from orbit. When we went and found the footage of their live broadcast, we also found out that the crew of Apollo 7 were like rock stars back in the day. They wound up on The Bob Hope Show. They’re sitting there and Bob Hope is [teasingly] saying, “Gentlemen, NASA is not happy. Have you seen your ratings? This won’t do, gentlemen, how do you explain this?”  [Astronaut] Wally Schirra says, “Luck?” Bob Hope let the laughs die down and said, “Watch it, nobody likes a smart as…tronaut.”

Talk about how innocent television was at that time, that that was off-color. Everybody just roared. So that little story beat turned into, for me, a nuanced layering of who we were as a people at the time. I love that.

TG: How do you think this will be different for different age groups and demographics?

Jennings: I think there’s something in it for everyone. We tried to be all-inclusive. We searched the world for footage and sound, not just the United States. We also put it together like a feature film in that we created character arcs throughout. I don’t think this is something you get in a lot of archive docs.

Everything that’s in there is very purposely thought out so the character arcs follow this staff of music so by the time you get done watching it, there’s this sense of completion. 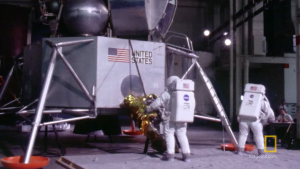 TG: It’s very easy for a found-footage documentary to have a lot of jumps and time skips, and just overall feel jerky, and we don’t get that with Apollo: Missions to the Moon.

Jennings: We kept saying, “If we don’t drill down on this, we’re going to get lost. It’s too big a story.” So every day we would just try and punch holes through it so by the time we got done it was bulletproof.

TG: This character arc style- what made you take this approach?

Jennings: I’m not naive enough to say, “Well, this is important footage and people should watch it because these are major events in history.” We’re competing with fictional motion pictures, episodic television, whether it’s comedy or drama. The audience wants to be fascinated and entertained. We fashion this stuff in a way that can help cut through the noise and make people say, “Wow, this is really cool. I need to spend the next couple of hours doing this and I’m going to be glad that I did.”

TG: There’s a growing trend of young people being interested in documentaries and podcast and web series about history in a much more realistic and detailed and intense way than they have in the past. Do you as a journalist think there’s a reason for this trend?

Jennings: I think there are a few reasons for it. It’s really unique, there’s not a lot of it. Also, people know when they watch what we do- especially things like Apollo, for National Geographic- everything in it is authentic, and there’s this craving for authenticity and genuineness. When you watch something you don’t want to be misled. This is a documentary given in the purest form you can, that’s what we do. Even shots of the moon from the earth, looking up at the sky- we don’t borrow a moon from 1972 footage and put it in 1968 footage just because it’s a better shot.

The network tells us that films we make score very well with younger audiences. I think it’s partly because they’ve never seen this stuff before, but partly because of how we present it. It’s presented in an entertaining way but they also feel like this is the real deal, it doesn’t get closer to the truth than this.

TG: Some people feel like they have trouble trusting the news these days, so they like having footage just laid out to let them make their own decisions.

Jennings: We put the story together with the best footage we could get our hand on that fit the story arcs, and we leave it to the audience to take away what they will. It’s up to them to decide if it’s worth the time and money and people who lost their lives to get to the moon. I often say, in watching our films audiences are waiting for a narrator to come along and save them, and the narrator never shows up. 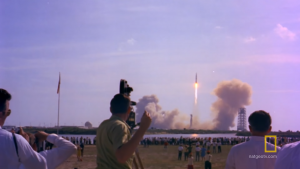 Granted, this film was a lot of work, but it’s SO PRETTY I can’t believe it took 50 years for someone to collect all this in one place.

TG: How do you want people to approach this? Should they prepare or just sit down and watch?

Jennings: We had our world premiere in Monaco, at the Monte Carlo Television Festival. It turns out that Prince Albert is a huge space fan. Monaco has its own space program, which I didn’t know, and I got to sit next to him during the screening of the film. Rory Kennedy [filmmaker and daughter of Bobby Kennedy] was there. I was nervous, and she said, “It’s gonna be fine, I’m sure you shot it beautifully.” I said, “Rory, we didn’t shoot anything, it’s all archives.” She looked at me and said, “Really??” So she didn’t even know. No one knew. But in the first five minutes, you could just feel the audience settle in. They got it, and by the time they were done people were thrilled and kind of emotionally exhausted too. Even Rory said, “I really felt like I was there.”

So my advice for the audience is, don’t expect the narrator to show up. Just sit back and pretend you’re in the late 1960s and this is a time machine that’s going to take you there like no other.

Thanks to Tom Jennings and NatGeo for the interview! You can watch Apollo: Missions to the Moon on National Geographic!