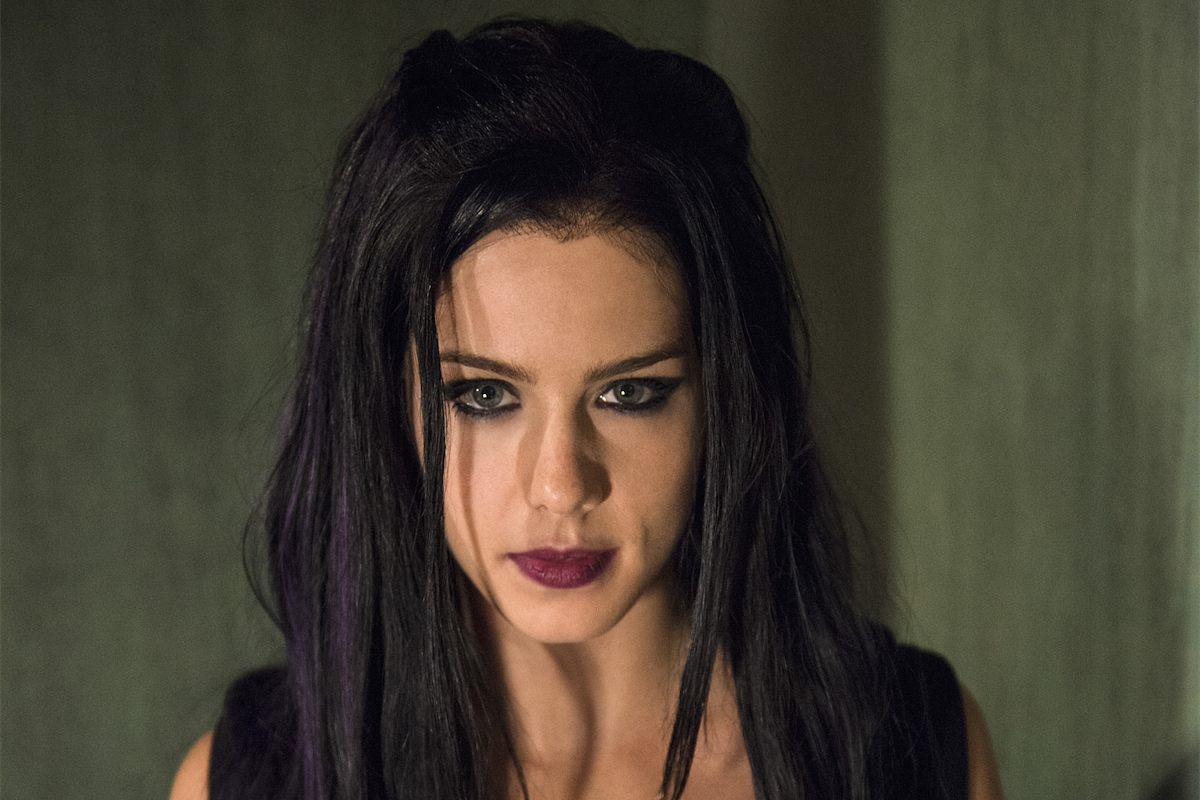 If I had to say just one thing about this episode of Arrow, it would be “Wow, that wasn’t what I expected.” Yes, it had its fair share of [overly] convenient plot “twists” and stereotypical family discussions, but despite that, and despite the appearance of another villain of the week, I was hooked from the great opening scene to the “Holy crap!” moment at the end.

The training montage at the beginning, followed by Felicity working out in her living room, was in my opinion even better than the opening fight scenes earlier this season. It was different, and also a great way to bring the episode around to its main focus – the ever-awesome Felicity Smoak.

Another welcome difference was the absence of the underwhelming Hong Kong flashbacks, as viewers finally got to see some of the much-loved IT genius’s past. 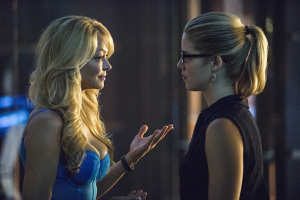 College attendee Felicity was definitely very different from the woman she is today, and right away I began wondering what caused her to change so much.

But we didn’t only get flashbacks – Felicity’s mom showed up as well! At first I wasn’t quite sure how to feel about her portrayal; she seemed like too much of a caricature, though admittedly, Ray and Oliver’s reactions to her were amusing. It also helped that as the episode wore on we learned more about Mom Smoak…I only wish that we hadn’t learned quite so much of it from her and Felicity’s predictable arguments. 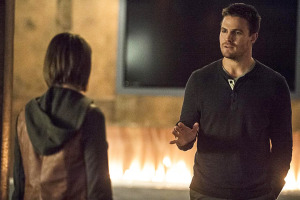 The most frustrating parts of “The Secret Origins of Felicity Smoak” were the scenes featuring Oliver and Thea, and Laurel. I will admit that I’m getting more and more curious as to what Thea is really up to, as well as about how much Malcolm Merlyn is involved in whatever she’s doing…but until the end of this episode, when Thea asked Oliver to move in with her, it just seemed like they were having the same conversation they’ve been having for weeks.

As for Laurel, since Sara died she’s been a mess, constantly making bad decisions…though Detective Lance pressing her about whether or not she’s been drinking again was a bit harsh. All I can say is that I hope Laurel telling her trainer about Sara’s death (sort of) leads to some better development for both her character and her plot line.

Thankfully, these asides were pretty quick and to the point, and whenever the episode switched to focusing on Felicity, things came back into focus quickly. We already knew from the previews that they would be fighting an apparently unstoppable computer virus that Felicity herself created, and the only issue I found was that the writers took a very roundabout path to get to the climactic scene. That said, despite it being one of those aforementioned all-too-convenient plot twists, I was actually a bit surprised that Felicity’s college boyfriend Cooper was the perpetrator…especially as she clearly truly believed that he was dead.

Beyond being so convenient, Cooper obviously didn’t learn anything from his arrest in an earlier flashback, and he’d changed almost too much compared to the last time we’d seen him, when we found out he gave up his freedom for Felicity. But even if it was technically the watch Ray Palmer gave Mom Smoak that saved her and Felicity, it’s important that Cooper couldn’t outsmart Felicity – and even though Oliver showed up, in the end she really rescued herself.

However, it’s hard to not feel that the episode’s closing scene overshadowed everything else. “The Secret Origin of Felicity Smoak” ended with Roy dreaming that he was the person who killed Sara Lance. Is he somehow being manipulated to dream this, or is he envisioning what actually happened? Let’s just say that Arrow has a lot of explaining to do… 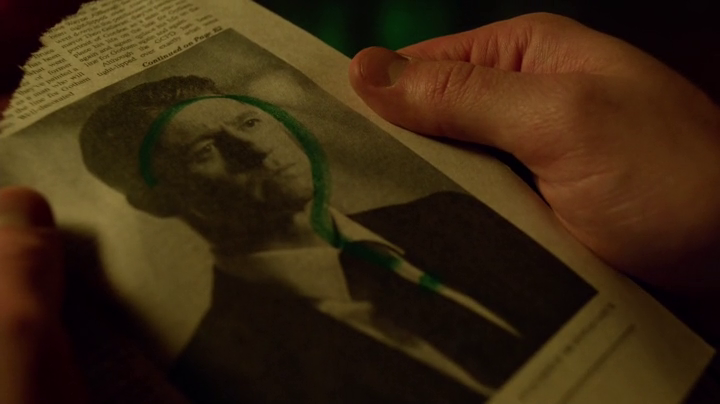 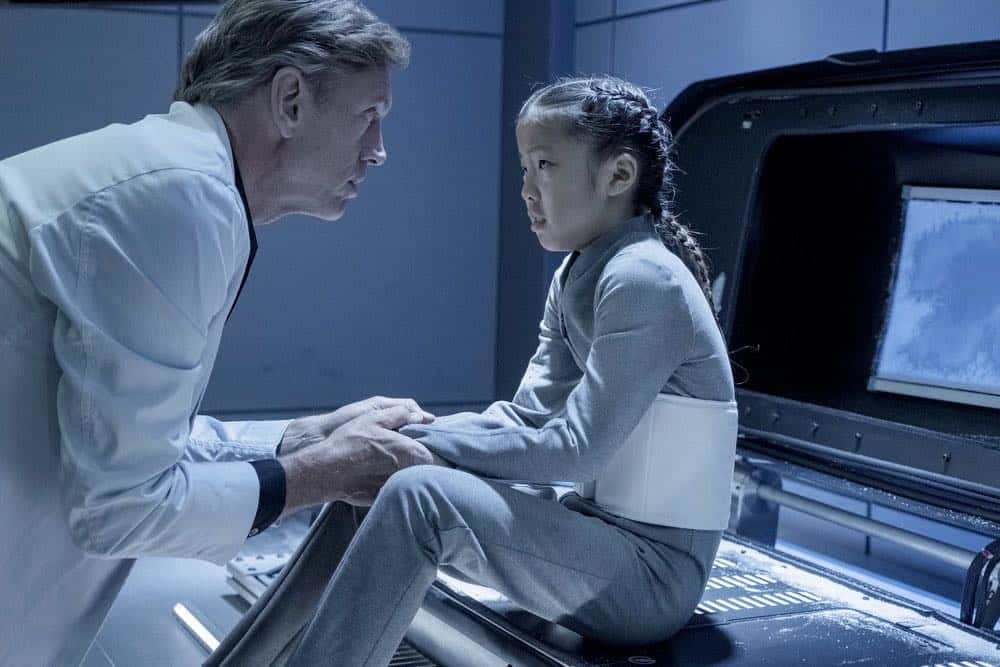 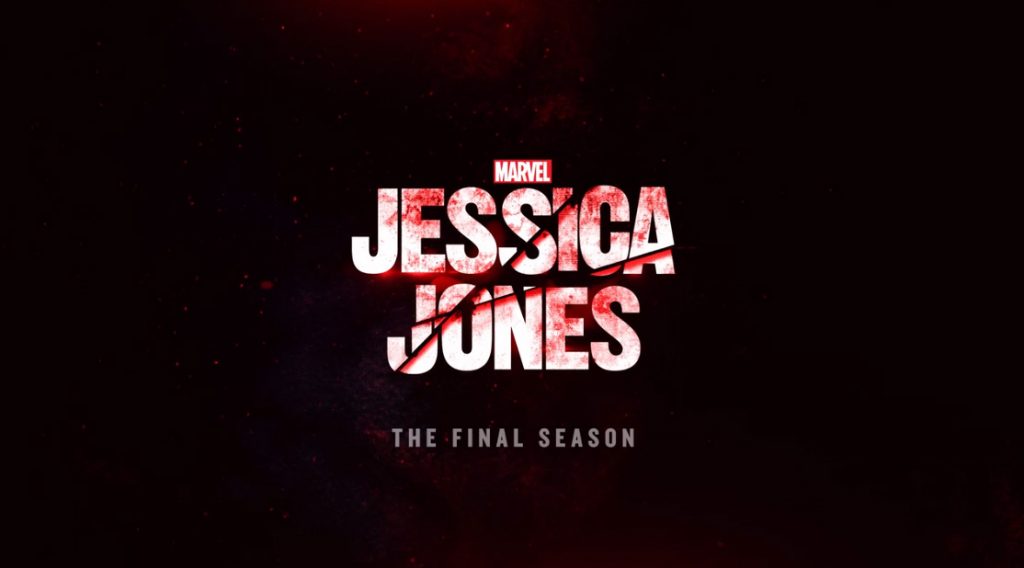