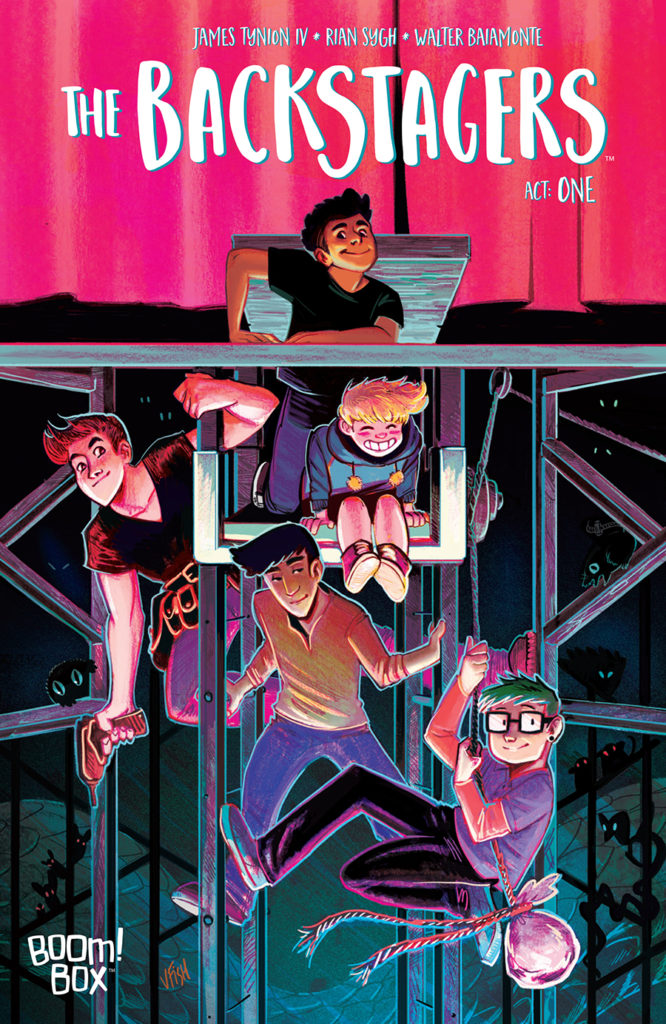 The preview for The Backstagers #1 has been released, and by the looks of things, it is definitely the queer comic book series you should all pick up!

The Backstagers comic book series has James Tynion IV as the writer. Rian Sygh handles the art. It is being published by BOOM! Studios.

The first issue will be released on the 17th of August, 2016. Though I haven’t read Lumberjanes, another publication by BOOM! Studios, I do know that the series is racially and sexually diverse. The upcoming The Backstagers will be following suit with a queer and diverse cast and a mystery involving a magical door backstage.

One of the main characters, Jory, is an African-American high school student who also happens to be bisexual. There is also Hunter, the gay construction guy of the group along with Beckett, who is transgender. Sasha and Aziz are also part of the cast.

Tynion states, “I wanted to create the book for the young queer boy who feels an outcast and doesn’t see that much of him reflected… I want that reader to call this book his own.”

The released preview of issue 1 shows Jory being sent to an all-boys school. He doesn’t like it there and feels out of place. Due to his mother not being able to pick him up early from school, he has to take part in a school activity. He decides to join the drama club and that’s where he meets the rest of the cast.

I for one am really looking forward to reading The Backstagers comic book series. The cast is diverse and I want to know about the mystery behind a magical door backstage that leads to different worlds.

What do you think about The Backstagers? Will you be giving it a read? Let us know!