The nominations for the BAFTA 2020 awards are out and, understandably, the list of acting nominations has caused people to feel disappointed. While the 2020 Golden Globes tried to be diverse, the upcoming BAFTA ceremony has all-white acting categories… except for lone Scarlett Johansson, whom I will stan forever.

With how the award season is shaping up, the fact certain people think the 2020 Oscars won’t have a lot of diversity does make sense. And even if diversity is included, especially in the acting categories, the chances of POC talent winning are slim.

Anyway, while we wait for the Academy Award nominations to be shared, we have the highly disappointing BAFTA 2020 list to go over.

Just look at this! 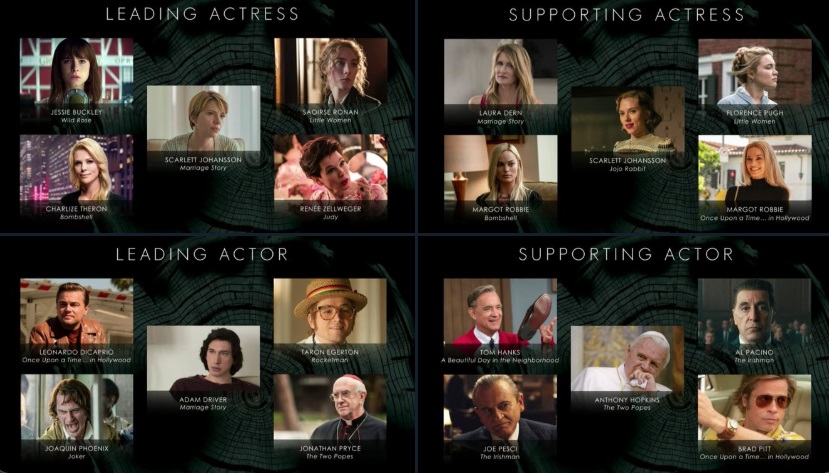 Is the voting block so against POC talent that they are comfortable nominating white actors twice? Ufff!

I mean, I don’t know if you watched Once Upon a Time in Hollywood or not, but Margot Robbie had next to no screentime (or even lines) in the movie.

The entire thing is made worse because of the latest comments shared by Marc Samuelson, chair of BAFTA’s film committee.

Samuelson told Variety, “It’s just a frustration that the industry is not moving as fast as certainly the whole BAFTA team would like it to be.”

Samuelson shared with PA Media news agency, “Clearly everybody knows that everybody in the four acting groups of nominees are white, it’s infuriating, we can’t make the industry do something, all we can do is encourage and push and inspire and try to help people coming in at the bottom end.”

Emma Baehr, director of awards and membership, told Variety, “We would like there to be more diversity in the nominations, but this continues to be an industry-wide issue. We’d like to see more diverse nominations and we will work harder and push the industry more. But that shouldn’t take away from those who were nominated [this year].”

What the heck does all of this even mean?

Baehr and Samuelson are making it seem as if POC were entirely unable to offer impressive acting skills this year, which we all know isn’t true!

If the Golden Globes saw sense to nominate Jennifer Lopez, Cynthia Erivo, Awkwafina, and Eddie Murphy, clearly BAFTA could have shown some love to these actors, too, right?

The Screen Actors Guild Awards 2020 nominations have Lupita Nyong’o and Jamie Foxx! Why not add those two in there?

But no, Margot Robbie needed two nominations in the freaking same acting category!

This is such a travesty.

And for those trying to defend this by saying acting nominations are on merit and not skin color, how can you say that with a straight face when Lupita Nyong’o, Awkwafina, Zhao Shuzhen, and Jennifer Lopez more than delivered this year?

The only saving grace is my queer POC icon Scarlett Johansson who has been recognized in the Lead and Supporting Actress categories. We can always rely on her to bring some diversity to award ceremonies.

I can’t wait to see her in the upcoming Black Widow solo movie.

Also, considering the (almost) all-white acting categories, I hope Johansson wins. But if she doesn’t, well, I can’t wait for her to play a tree and blow up the rest of the competition.

What are your thoughts about the upcoming BAFTA 2020 ceremony? How do you feel about the entire list of nominations?