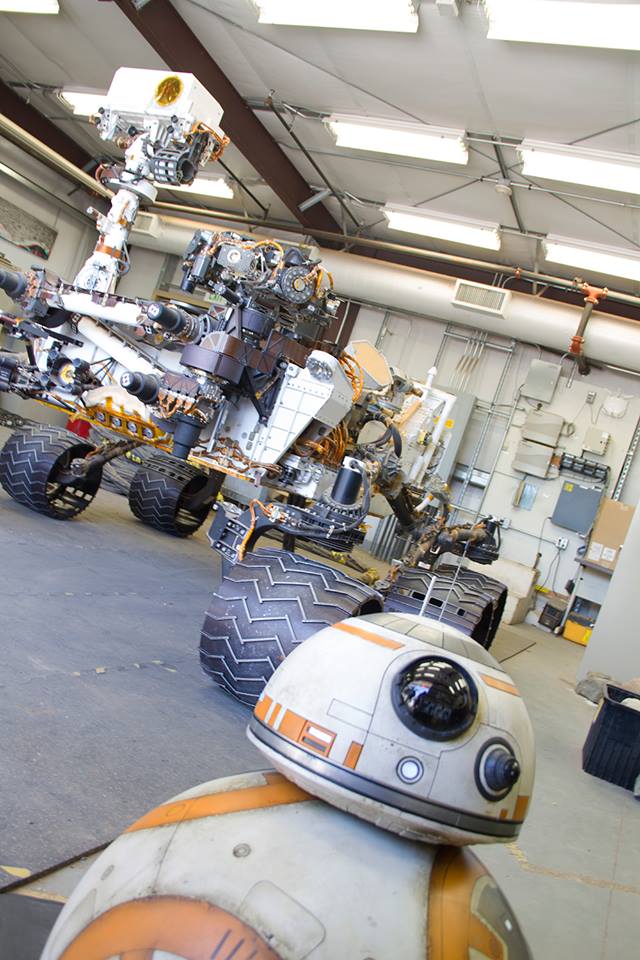 BB-8 got to visit NASA’s Jet Propulsion Laboratory and I’m not sure if I’m more jealous of BB-8 or the crew at JPL. 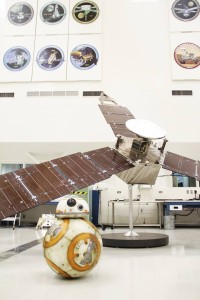 The kind folks at JPL shared their adorable pictures on both Facebook  and their Twitter account on Wednesday. They showed BB-8 rocking out a JPL visitor badge, learning about the NASA’s Journey to Mars, and visiting the “clean room” where NASA’s space robots are made.  He even got to hang out with the Curiosity Mars Rover (pictured above) and several other NASA robots as he was shown around the property.  And, let’s be real, those guys are basically our society’s precursor for us having our own sassy spacefaring robot companions in the near future, so it should come as no surprise that he’s hanging out with them.  I’m sure there was much snarky beeping and booping to be had.

For fans of science both fiction and non-fiction, this is a glorious mashup.  Sure, Star Wars took place a long long time ago in a galaxy far away, but a lot of that technology is still possible in our future.  Since the first film came out in 1977 we’ve made dramatic steps forward in both space travel and robotics.  Maybe someday we’ll have our own droids with attitudes hooked up to personal space crafts as we dash across the galaxy defeating foreboding villains.  We might not have that now, but having this adorable little character spreading the love of science and space travel is awesome all the same.

We’ve got nine months until Rogue One and eighteen months until Episode VIII (but who’s counting, right?), so hopefully we’ll get some more adorable droid adventures in the near future.  International Space Station perhaps?  Probably not, but I can dream, man.

Check out our Star Wars masterpost and Star Wars pinterest board for more news about the franchise!