BBC Three released a promo to a new zombie show via Twitter, but the reaction to the tweet did not go as planned. The new show titled I Survived the Zombie Apocalypse has been described by In The Flesh fans as “just another zombie show” while saying their show offers a unique perspective and tackles issues that the genre doesn’t usually tackle. The new show is unique in one regard; it’s actually a reality show, not a fictional take on what would happen during a zombie apocalypse. The show will apparently place 8 contestants in a shopping mall surrounded by zombies. As the In The Flesh fandom has been waiting months for word on the fate of their show, this has been interpreted as a personal insult to the small but incredibly enthusiastic and rapidly growing fanbase.

The general feeling among those in the ITF fandom have been summarized perfectly in a series of tweets to @BBCThree by “SammySassyQueen.

Does I Survived A Zombie Apocalypse have a great portrayal of discrimination?

Does I Survived A Zombie Apocalypse have queer representation?

Does I Survived A Zombie Apocalypse have an accurate representation of depression and anxiety?

We have been waiting for news about in the flesh for months. we haven’t been answered yet and now another zombie show is gonna air

She was not alone feeling frustration felt by the fandom. The vast majority of tweets in response to their promo have been similar in their confusion, frustration, and even outrage that a show with a similar genre that doesn’t touch upon the issues many hold so dear has been produced and advertised before they even got word if they’ve been green lit for another season. 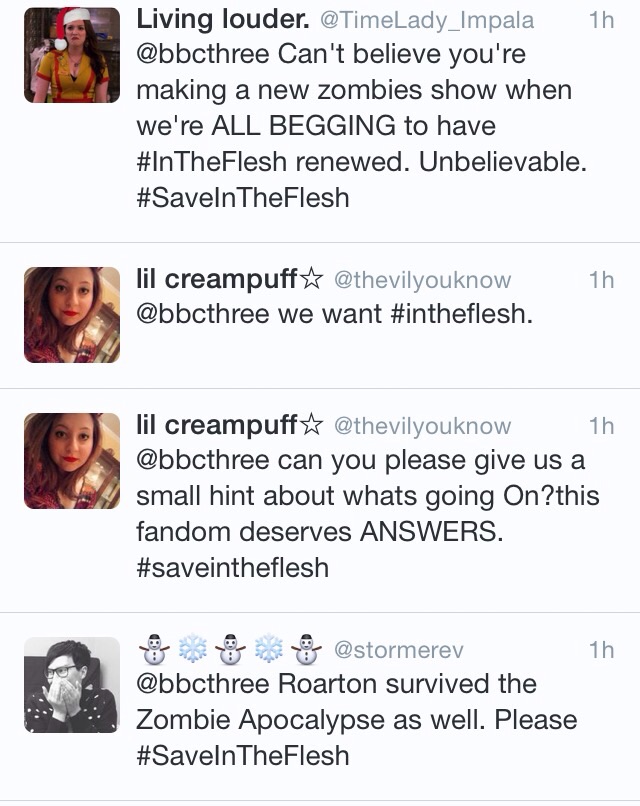 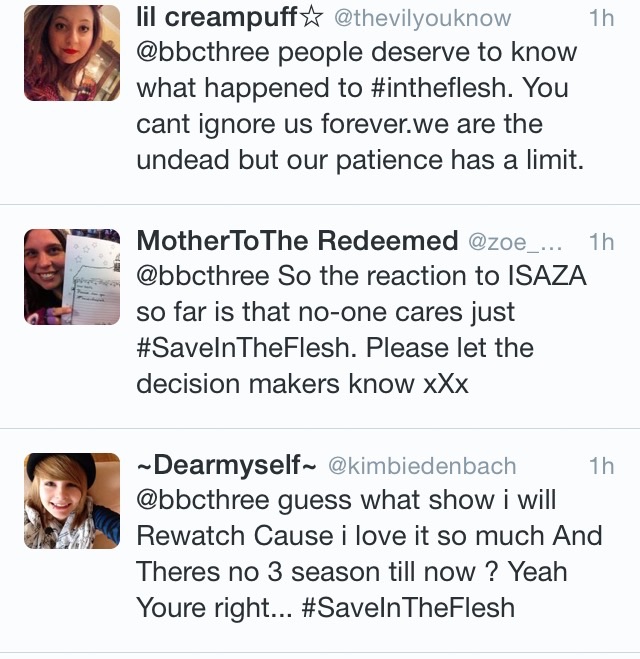 In The Flesh is a remarkably unique  show.  We recommended it back before season 2 aired, but it wasn’t until the fate of season 3 began to loom over the fandom’s heads that this show got the larger recognition it deserved. The people behind the #SaveInTheFlesh campaign have been so vocal, so active competing against shows with much larger fanbases in polls, and have become incredibly good salesmen when it comes to convincing others to give it a shot, that I’m sure season 3 would have remarkably higher ratings than either of the two seasons before it.  While Save Our Show campaigns always tangentially target the networks and executives, this one had the lovely side effect of attracting a large number of fans curious about how a zombie show can address such sensitive subjects in such a wonderful way.  A few months after season 2 ended I gave the show a shot just to see what fuss was about and now I’ve seen the show all the way through at least four times (some episodes more than that).  I understand now, and it brings me a lot of joy to see others discover why we’re so devoted to the show.

Will BBC Three listen to the backlash they received from the release of the promo? I’m not sure. Sometimes social media crews have access to the decision makers, but more often than not they have to pass the message through several hands before it gets to the people who make those kinds of decisions.  The ball could be dropped at any point along the way, or the executives who make the decisions might not take social media feedback as seriously as they should once it finally arrives.  My personal social media experience (besides this website) involved mostly retail, but even there I had no direct contact with those in charge of important decisions.  As I don’t know how BBC Three’s social media structure is formed or how close the execs pay attention to social media campaigns, all I can do is hope for the best.  Fans have reacted strongly to this one tweet, won numerous polls, and made incredible use of the #SaveInTheFlesh hashtag.

If the stars align correctly, the network will recognize how important this show is to so many people and just how much the fandom has grown since season 2 went off the air.  Do the right thing, BBC Three. You have an incredible piece of art here. Let it flourish. 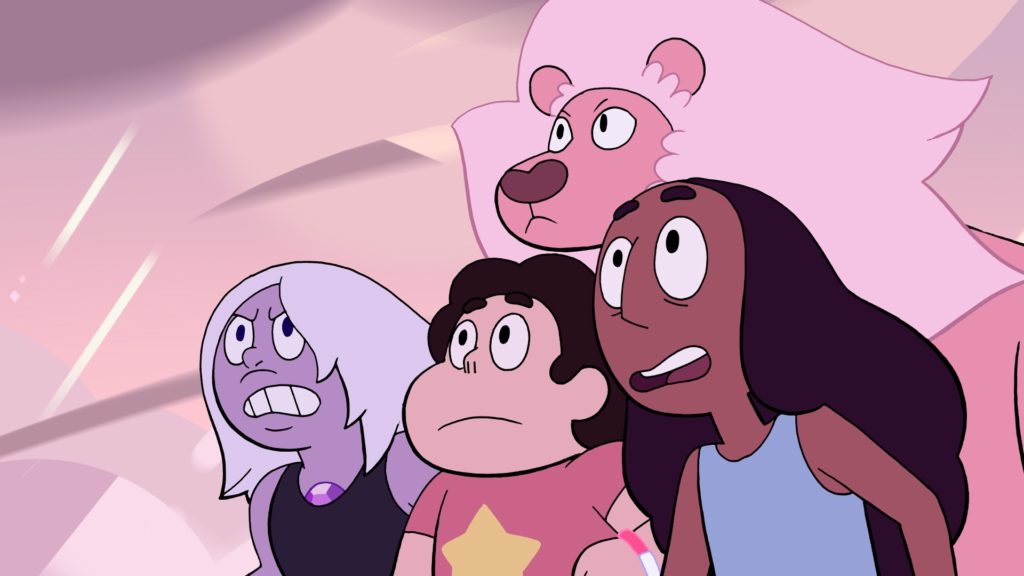 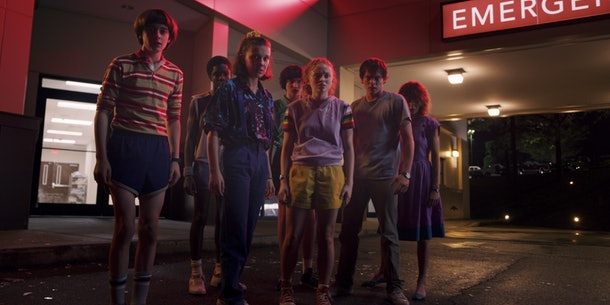