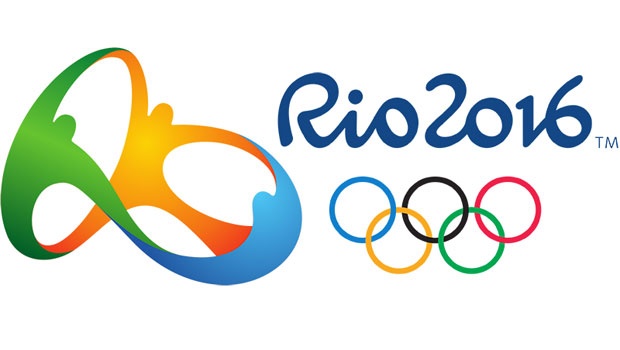 Every four years I geek out over the Olympics, particularly women’s gymnastics. I follow gymnastics sporadically throughout the year, but I absolutely love the Olympics.

This year, there is no doubt that the United States is dominant. Team USA won the team all-around final by an unprecedented 8 points (they were first after qualifications by a whopping 10 points), and Simone Biles – largely heralded as the best gymnast in the world – won the women’s all-around two days later. Teammate Aly Raisman took the silver after just losing out on the bronze in 2012. At least one American competed for every event final – Simone Biles competed in three out of the four – and nearly all of them got a medal.

However, there was a lot of great stuff going on in women’s gymnastics at this year’s Olympics that had absolutely nothing to do with Team USA, and I’d like to highlight some of the achievements and interesting facts about the rest of the competition. Twelve countries brought a full team of five girls, but approximately 34 women competed for their country independently in seven mixed groups. Almost 100 women from more than 40 countries participated in qualifications – helping their team, attempting to make all-around, or aiming for one of the four event finals.

The oldest competitor was Oksana Chusovitina, from Ukraine. At age 41, Rio was her seventh Olympics. She qualified for the vault final and attempted (unsuccessfully) the vault with the highest degree of difficulty (7.0).

NBC commentators hammered home the knowledge that Simone Biles has a signature move on floor exercise. She was not the only competing gymnast with one. Elisabeth Seitz of Germany, Vanessa Ferlito of Italy, Sanne Wevers of Netherlands, and Aliya Mustafina of Russia all have moves named after them. Actually, Mustafina has four, on three separate apparatuses (floor, uneven bars, vault). 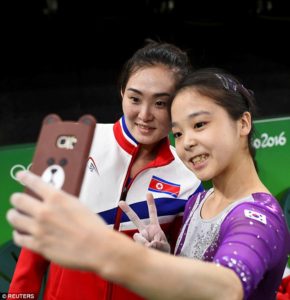 Hong Un-jong, representing North Korea, and Lee Eun-ju, from South Korea, were in the same mixed group during qualifications. Both countries have laws as to how their citizens can interact with each other. The ladies snapped this selfie, demonstrating perfectly the spirit of the Olympic Games.

Elissa Downie, from Great Britain, took a nasty spill during her floor exercise in qualifications. She took a weird bounce, landed on her head, and was unable to complete her routine. She came back during the next rotation and successfully performed her required vault. She ended up making the all-around finals and placed thirteenth overall.

Russia came back from last place during qualifications by a masterful rotation on the uneven bars. They qualified for team finals in third position and ended up taking home the silver.

Some women didn’t medal but still did the best their country has ever done. Elisabeth Black finished fifth in the all-around final, which is the highest a female gymnast from Canada has ever placed. Jessica Brizeida Lopez Arocha, from Venezuela, finished seventh in the all-around final. This was the highest finish of a gymnast not on one of the twelve teams as well as the highest finish ever for a gymnast from South America. In fact, along with Giulia Steingruber (who placed tenth), Lopez was one of only two independent gymnasts to qualify for the all-around.

Host nation Brazil sent a full team for the first time ever. The team qualified for finals and ended up eighth overall. Two gymnasts qualified for the all-around (Rebeca Andrade and Jade Barbosa) and Flavia Saraiva made the balance beam final.

Dipa Karmakar made double history as the first female gymnast from India to qualify for the Olympics and also the first Indian gymnast – male or female – to qualify for an event final. She took fourth place in the vault final.

And there you have it! Some of the best tidbits of information I collected from watching the livestreams and the primetime airings. I’m sure there is a lot of great stuff that I missed (I haven’t watched everything yet), so if you know any more facts, please share in the comments!