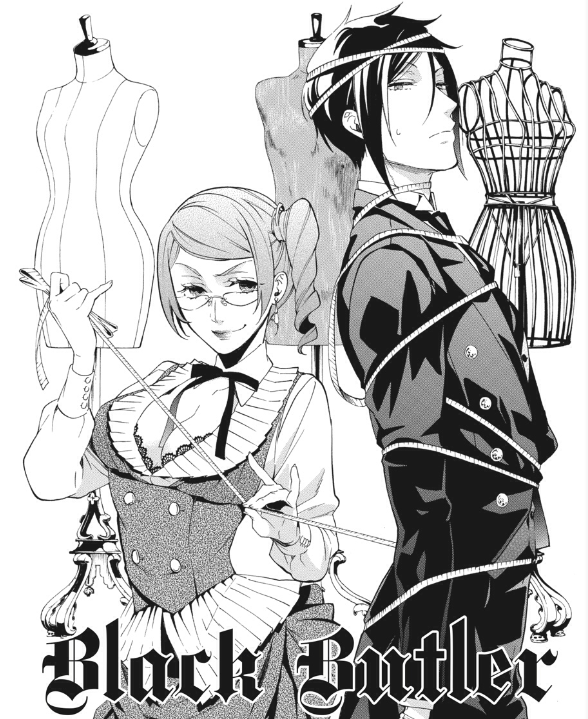 The 116th chapter of Black Butler “The Butler, Attired” was basically fangirl fodder from beginning to end. And that’s perfect!

“The Butler, Attired” spent much of the chapter dressing Sebastian up like a doll.  Do you hear that? That’s the sound of nobody complaining.  Did it slow the plot down? Sure.  Could it have been wrapped up in probably a third of the panels and sent him on his mission far quicker?  Absolutely.  But oh man, every single panel was absolutely worth it.

Our dynamic duo Sebastian and Ciel draft the help of Nina to attire Sebastian properly for their mission.  Better clothing will apparently help him infiltrate that wacky star cult they’ve been dealing with… or something.  I mean, okay, let’s just face it here.  It’s hard to concentrate on plot when you’ve got page after page of Sebastian in adorable clothing.  I’m sure these outfits are useful somehow.  Pretty sure.  Like 99% sure. 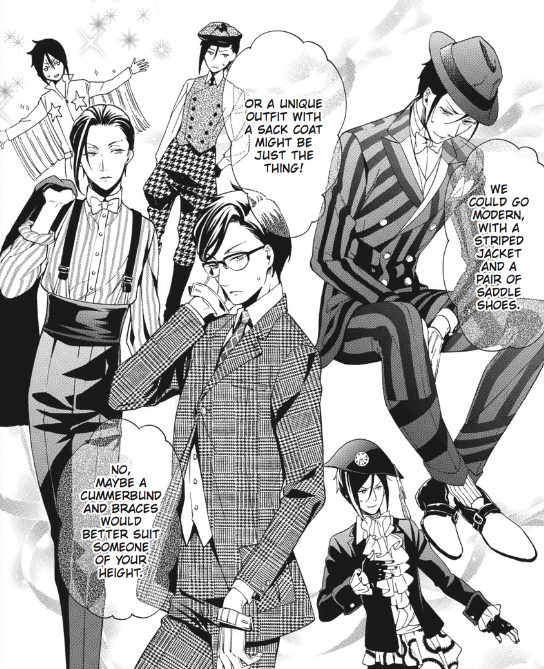 And if the dress-up wasn’t enough, we also got shirtless Sebastian to set off our fangirl alarms. 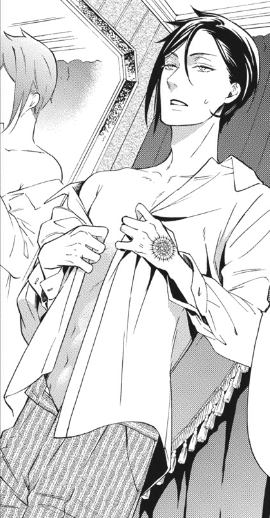 But really, there was a plot around here somewhere, wasn’t there?

Right!  All this dress-up had a purpose.  Once they settle on an appropriate outfit (which is fabulous, by the way), they send Sebastian in to find out more about Bravat and the room where Ciel had been bled.  This is where things get really interesting.  While the entire chapter was catering to my “Sebastian is super pretty” fangirl tendencies, the last few panels fed the fangirl side that’s been ranting for this entire arc about one of my favorite characters possibly being under-utilized.  And thank God, it looks like she’s going to be used to her full potential because we got… 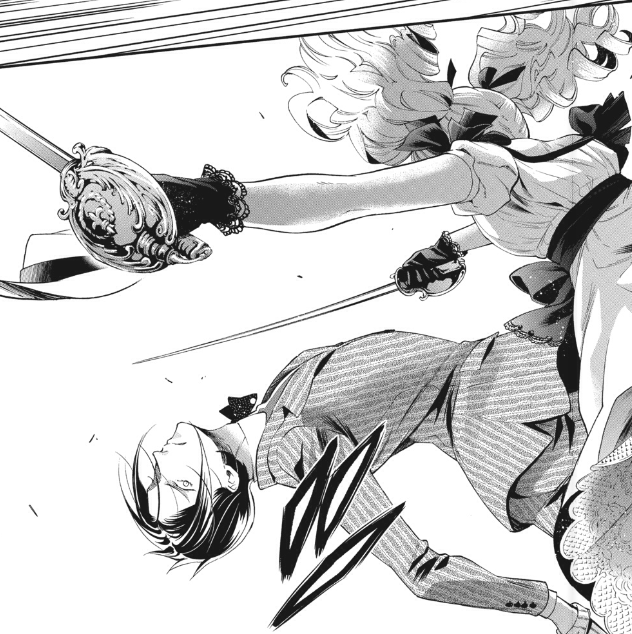 LADY ELIZABETH. WITH. HER. SWORDS.

At this point it remains to be seen if she’s actually outsmarted the cult or is somehow working for them (perhaps brainwashed or something).  Earlier chapters indicated she was a bit more aware of the situation than people had assumed, but it looks like we’ll be stuck waiting for a solid answer until at least the next chapter.  Either way, it’s great seeing Lizzie be a complete badass once more.  She’s an adorable character, but when she whips out her swords, she becomes ten times more interesting than the cutesy submissive fiancee side of her ever was.  It’s a level of depth only befitting of someone with Phantomhive blood and I’m over the moon that we got to see it in “The Butler, Attired.”

Previous:Game of Thrones 6×5 Review: The Door