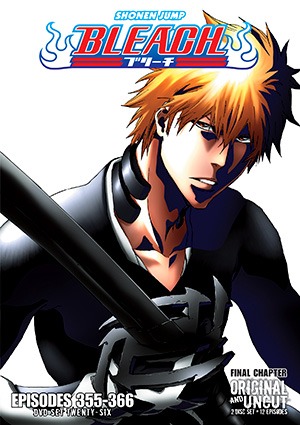 Bleach fans will now be able to re-experience the anime through a Blu-ray set which will be released this summer. Everyone better get their bankai’s ready!

The Bleach anime premiered back in 2004. The series was an anime adaptation of Tite Kubo’s manga of the same name, which followed the adventures of the main protagonist Ichigo Kurosaki. I got introduced to Bleach through the anime. I checked it out because I was searching for a new anime series to watch, and I was hooked. However, when the first filler arc started, I decided to read the manga to see how the story progressed in canon.

Even though Ichigo was the main character, I never felt too invested in him. It was Orihime Inoue that held my interest, along with some of the supporting cast. Yes, and that includes Toshiro Hitsugaya.

According to Anime News Network, the first set of Bleach anime series will be released on Blu-ray this summer by Viz Media. The announcement was made by Viz Media during Anime Central. The set will include the first 27 episodes of the anime and will be shipped on 19th July, 2016. The Blu-ray set will retail for CAD$63.99 and US$54.97.

Fans who buy the Blu-ray set will also be treated to extra content. The first set will include textless ending videos and an art gallery, as well as behind-the-scenes videos which will feature interviews from the English voice cast of the anime.

The Bleach anime aired its final episode in 2012, and while the manga is still running, there’s no word if the anime will return. I for one enjoyed the anime series because of how the various sword battles were portrayed in it. The animation style, along with the background music, helped amp up the action and excitement which the manga wasn’t able to do. If Blu-ray sales are impressive, I hope the anime returns.

Are you excited about Bleach being released on Blu-ray? Let us know!