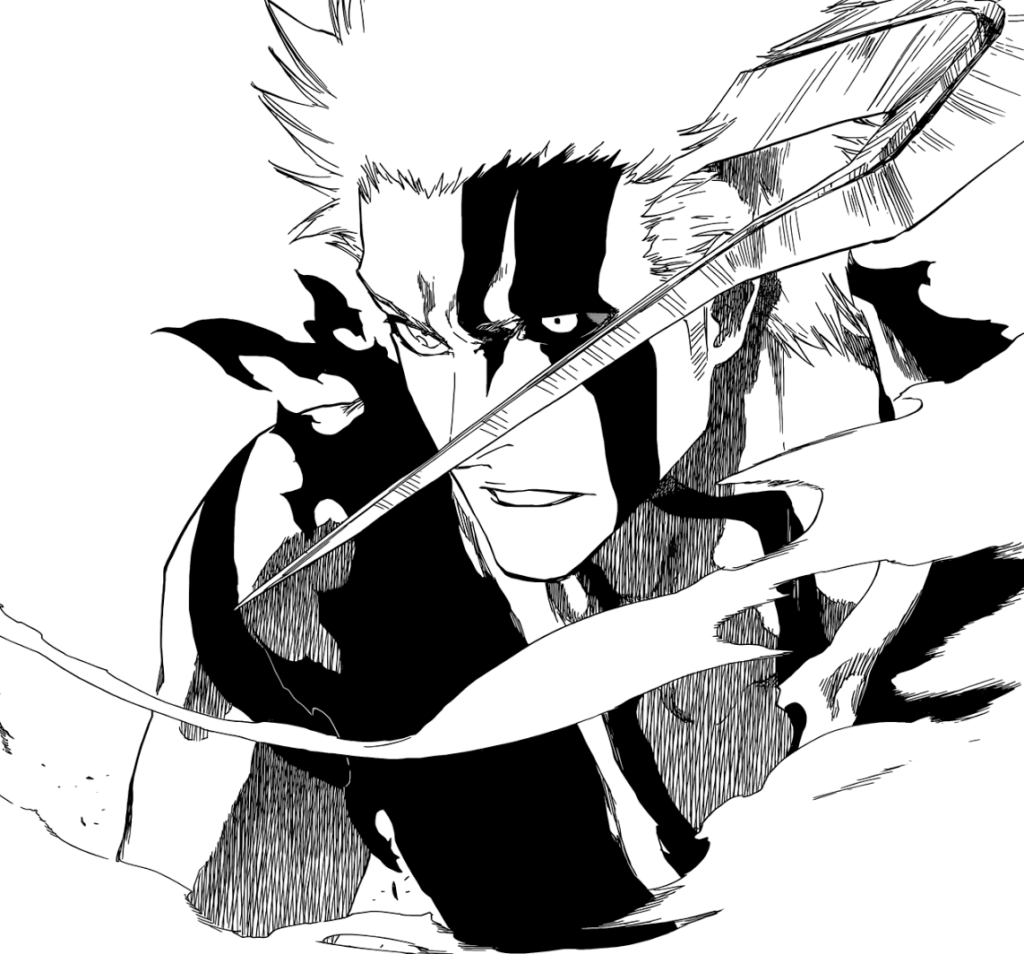 After teasing it more than once during the final arc of Bleach, Tite Kubo finally revealed Ichigo Kurosaki’s new form, and it is awesome!

This post contains spoilers for Bleach manga chapter 675. You have been warned.

The new form was revealed in this week’s Bleach manga chapter number 675, which is titled “Blood for my Bone”. Staying true to his style, Tite Kubo showed Ichigo’s new form in the final page, giving rise to a lot of excitement regarding what fans can expect from the hero once the next chapter is released.

Tite Kubo recently revealed Toshiro Hitsugaya’s mature bankai form, so it made sense that the lead protagonist of the series got an upgrade as well.

Awakening his Quincy powers allowed Ichigo to attain his new form. I like the design a lot, as it makes use of Ichigo’s dual natures. The form is a state between being a Quincy and a Hollow. I don’t know if the new form will evolve into something even better as the story progresses, but for now it looks very cool.

“Blood for my Bone” also revealed the reason behind Ichigo’s rash fighting style against Yhwach. The protagonist needed to buy some time in order to awaken his Quincy powers. I have to say that Orihime Inoue was very impressive during the battle. She was fast enough to come to Ichigo’s aid and her shield was strong enough to stop an attack from the main villain. I know she gets hate from the fandom because she isn’t a fighter, but at least she is an OP (overpowered) character when it comes to healing and making sure her friends stay safe. I expect more great things from her as the final arc nears its conclusion.

What did you think of Ichigo’s new form? What new abilities will be able to use with his Quincy powers? Let us know!