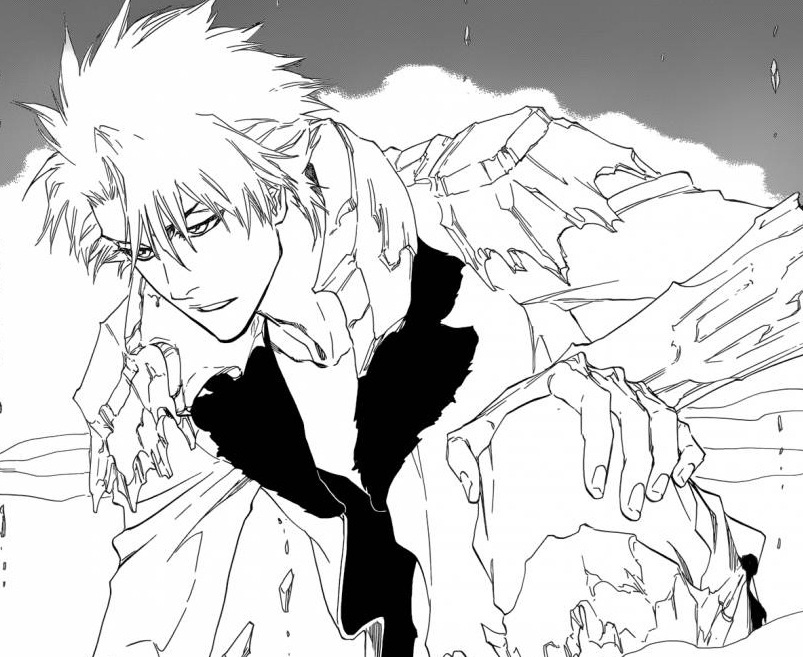 It has finally happened, Bleach fans. We never knew the real deal behind Toshiro Hitsugaya’s ice petals whenever he used his bankai, until now. The reveal was shown in this week’s manga chapter 670 – titled ‘The Perfect Crimson’ – and it was very exciting!

We got introduced to Toshiro back in chapter 81 of Bleach, and over the years, while he has obtained a fan following, there are some who are quick to criticize his character and powers. Compared to the rest of the captains in Soul Society, he is literally a child. However, I have always liked Toshiro as a character. He is a kid, but he can still hold his own in front of powerful beings. Not only that, seeing him trying not to act like a child, even though he is one, made for some very humorous moments throughout the story.

His Zanpakuto’s name is Hyorinmaru, and it is considered to be one of the strongest Zanpakuto’s in Soul Society that uses the element of ice. He can also use his bankai powers during shikai with the only major difference being the amount of ice he can control. One of the most noticeable features of his bankai is the appearance of three flowers having four petals each. These ice flowers start to disintegrate the longer bankai is maintained. It has led many to assume (both characters in the manga as well as the readers) that once the petals disappear completely Toshiro’s bankai will end.

Toshiro’s ice petals did disappear during ‘The Perfect Crimson’, but instead of his bankai ending, Tite Kubo presented its mature form named Daiguren Hyorinmaru, and I loved it. The new form of Toshiro’s bankai completely changed his appearance. I don’t know if Toshiro will revert back to his child-like state once he deactivates his bankai or not, but for now I’m glad that Tite Kubo gave a well-deserved boost to his powers.

Fans finally got to know about the secret behind the twelve ice petals, and I can’t wait to see how the story unfolds in the upcoming chapters.

Have you read Bleach manga chapter 670? What did you think of Toshiro Hitsugaya’s new transformation? Let us know!