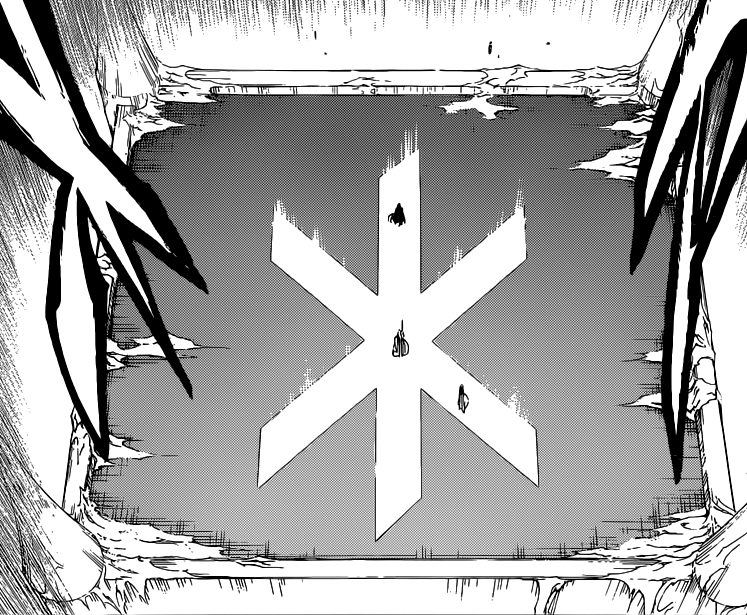 Another week and another Bleach manga issue where nothing of importance happened; though more foes arrived for Ichigo to fight, everything ‘plot-related’ occurred in the background.

I think Tite Kubo is deliberately dragging the story. Heck, I think he ‘s even stopped bothering to come up with new titles for the issues every week. Like the previous two issues, this one is still called ‘The Headless Star’, but with a number 3 at the end…very creative. In regards to the story, Ichigo was still battling with Sternritter “L”. Because of her pride she didn’t dodge his attack, and she ended up with a disintegrated arm. I was surprised that Ichigo yelled at her to dodge the attack. Doesn’t he want her dead? It’s not as if he hasn’t killed people before!

More of Sternritter Z’s ability was shown in the issue. I already think it’s creepy enough that she’s able to create zombies with her blood, but re-growing disintegrated body parts amped the creep factor even more for me. Before Sternritter L could attack again, Bazz B entered the battlefield and attacked all the female Sternritters in order to claim Ichigo as his own. So apparently it’s a ‘to each his own’ kind of thing when it comes to the Quincys. I was expecting something more from these super-powered humans. Yes, they are shown as the antagonists, but still, I would have liked to see some kind of feeling from them all. The Shinigami, who are just souls, have more humanity than the Quincys.

The Headless Star 3 showed three more Sternritters enter the battlefield, and all of them wanted to kill Ichigo. In total it seems our hero will have to battle eight Sternritters at the same time. I’m excited for the battle but would like to see other characters, like Rukia or even Renji, coming to help Ichigo. Speaking of Rukia and Renji, the last time I saw them they had both defeated their opponents and Rukia even sensed Ichigo’s arrival. Where have they both gone? Why aren’t they coming to help him?

In terms of the plot, the main antagonist opened some sort of a doorway and ordered his minion and Ishida to follow him. Ichigo saw the huge beam of light and wondered what was going to happen next, and I’m with Ichigo in this one – I have no idea what’s going to happen either. Where does the door lead? They might be going to Hueco Mundo (Hollow World). One good thing that might come out of it is that Orihime and Chad will probably show up because they are already training there. Whenever writers show characters training, I expect a lot from them; that’s why I have my fingers crossed that Orihime and Chad will have some amazing panels in the future issues. Those two need to come in and start fighting alongside Ichigo. Then again, they could just be opening the door in order to fully merge the world of the living with that of the dead.

What did you think of this week’s manga issue? Excited about Ichigo having to fight eight Sternritters at once? Bored that the story is dragging too much? Feel free to share your thoughts in the comments section below!