BookCon 2019: Looking for Alaska Finally Has a Premiere Date 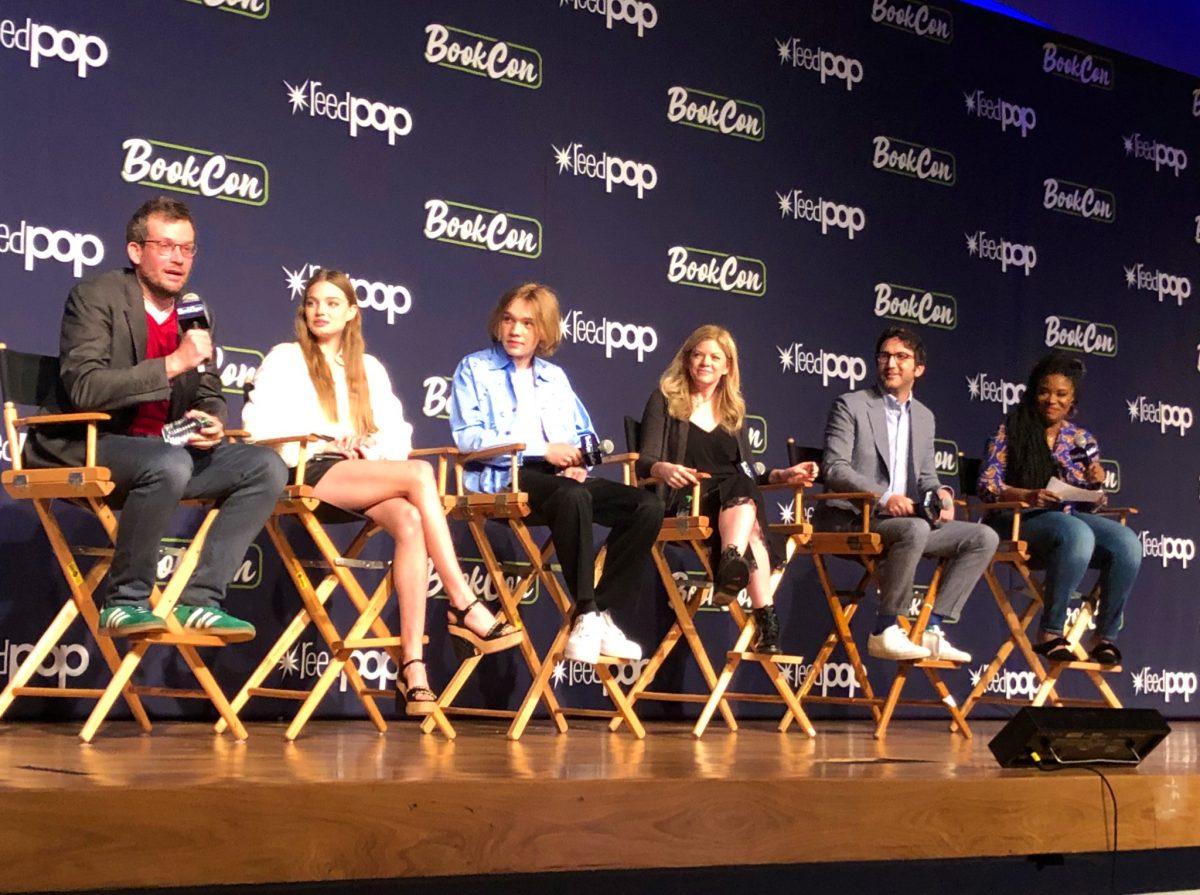 John Green has been part of some memorable BookCon panels since the convention started in 2014. The Fault in Our Stars movie panel at the inaugural con nearly caused a riot, but it’s been several years since one of the best known names in Young Adult graced the BookCon stage. Now, with the Hulu adaptation of Looking for Alaska, he’s back in a big way.

I still haven’t read Looking for Alaska (it’s on my list, I swear), but I am a fan of John Green. I first read The Fault in Our Stars and then moved on to Paper Towns and An Abundance of Katherines (which is my personal favorite) and Will Grayson, Will Grayson. But even though I haven’t read the book (yet), I’m still very excited about the Hulu series. And the most important thing that came out of this afternoon’s panel is the premiere date: October 18. So mark your calendars!

John was a little emotional at the panel, and only partially because his debut novel has finally hit screens 14 years later. (Josh Schwartz, executive producer, received the unpublished manuscript from John himself. He said, “Just as we planned it, 14 years later, here we are.”) But no, John was also emotional because his football team – Liverpool – just won their first Champions League final in over a decade. He said that the results came in while he was backstage, and the other panelists got to witness him sobbing and clutching his phone.

The panel began not with a trailer, as would usually happen, but with two clips from the series. The first clip featured Miles (Charlie Plummer) and Alaska (Kristine Froseth) sitting on a bridge discussing last words. The second was Miles, Alaska, Colonel (Denny Love) and Takumi (Jay Lee) at lunch when they are approached by Colonel’s girlfriend, who hopes to end his feud with two other students.

One thing that’s exciting about having a limited-run series on Hulu as opposed to a feature film adaptation is that they can expand on what’s in the book, rather than worry about cutting scenes. Josh talked about how they were able to film scenes that happen off page or are only alluded to, which allows the audience to have a deeper connection to the characters. The timeline challenges present in the book (“x days before” and “x days after”) are a part of the storytelling in the series.

The Looking for Alaska panel had many touching moments. Charlie talked about first reading the book at 15; he read it in about a day and immediately connected with Miles. When the original film adaptation was announced, he was too young to audition, so he was unbelievably excited to be able to not only audition for but also land the role in the series. Josh talked about casting Kristine, and how everyone had their own opinion about who Alaska was as a character, but Kristine’s audition tape caused everyone to stop arguing and immediately agree that she was their Alaska. John talked about the few days he spent on set, where the actors would come and support each other even on days they weren’t filming.

Everyone hopes that the show will be a conversation starter, that people will enjoy the journey of the characters, and that it will make people feel like they are not alone.

But it’s a John Green panel, which means there were plenty of laughs as well. When asked what made the book still relevant in 2019, John responded, “I don’t know, I haven’t read [it] in 15 years,” to which Josh said, “It’s really good, you should read it.” John claimed that swans and Canada geese were the biggest crisis we were facing right now before immediately backtracking on that claim. And there was a serious discussion about whether or not one could write an entire novel using only Spongebob gifs.

If you missed the panel, don’t worry. Penguin Teen has promised to post the video later this week, without the clips, of course.

Remember, all eight episodes of Looking for Alaska premiere on Hulu October 18!

Previous:BookCon 2019: Adam Rippon Is Beautiful Inside and Out
Next: BookCon 2019: Queer Authors Talk Queer Love Stories