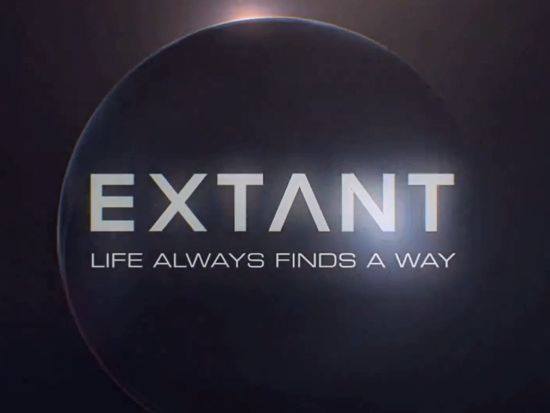 It seems I will be getting a weekly dose of Halle Berry this summer thanks to CBS’s new science fiction drama series ‘Extant’. The show is about a female astronaut named Molly Woods (Berry), who returns home after a 13-month solo mission in space only to find out she didn’t return alone. Steven Spielberg serves as the executive producer, and CBS has released an extended trailer for the show.

Judging by the trailer it is obvious Molly returns home pregnant. Her scientist husband John Woods (Goran Visnjic) looks okay with the situation even though Molly is supposedly to be infertile. So, if she’s infertile, then who’s that little kid in the trailer? The kids name is Ethan Woods (Pierce Gagon), the first prototype of Humanichs, which means he’s a human-like robot. It seems Halle’s characters will not only have to deal with the baby growing inside her but a creepy looking robot kid her husband created as well. There’s a scene in which Ethan shows her a drawing where he put his family in a spaceship to save them from extinction. I can’t wait to find out what the robot kid knows and why he’s trying to save his human family. As usual the government doesn’t seem happy about Molly being pregnant and are possibly out to get her. I guess they know what she went through in space and she wasn’t supposed to come back to Earth. The show looks full of mystery, thrills, and every episode ending on a cliffhanger.

I’m happy to be getting another TV series with a black female lead. TV shows still need a lot of diversity. Some people might not like the idea of a female body being used as an alien baby incubator, but I have faith in Steven Spielberg and Halle Berry. The legendary director must’ve seen something amazing in the story in order to produce it. And regardless of whether you like all her movies, Halle, even at 47, always manages to play leading roles that portray dynamic women. With those two on board, I think Extant will turn out just fine.

The 13-episode Extant will premiere on CBS on 9th July, this summer.

Are you looking forward to the new summer show? Please share your thoughts in the comments section below!