A Chat With Killjoys’ Tamsen McDonough 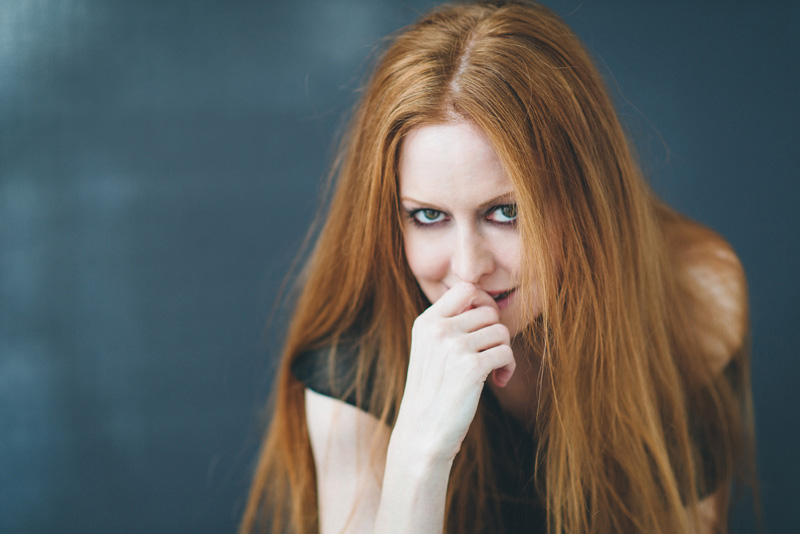 It seems like this season of Killjoys only just started, but the season finale airs this Friday, and we’re still reeling from last week’s ep. The Geekiary got a chance to chat via email with the lovely and talented Tamsen McDonough, who plays the AI ship Lucy.

McDonough’s role is unusual, as she rarely appears on screen herself, but her character is crucial in every episode. Her voice gives Lucy (virtual) life, part of the cobbled-together family of the killjoys, Dutch (Hannah John-Kamen), John (Aaron Ashmore), and D’Avin (Luke Macfarlane). Tamsen McDonough started acting in grade school, had formal training at Simon Fraser University in British Columbia, where she was born, and then went on to roles in shorts and student films before she started appearing in a variety of movies and tv series. She has a web series coming up, Miss Odette’s Modern Handbook to Manners.

Read on to hear McDonough’s perspective on the confusing emotional life of an AI, Lucy’s role on the killjoys team, and the “endless possibilities” science fiction shows can offer.

The Geekiary: Lucy seems almost like the nurturing figure on Killjoys. She provides shelter, she’s calm in a crisis, she’ll be a little bit of a smart-mouth. It seems like Dutch and D’Avin and John need that kind of presence looking after them. What do you feel Lucy bring into the mix of the ship-board family?

Tamsen McDonough: That’s a cool way of looking at her character. Originally, before I auditioned I was told that the character was actually written as a nurturing mother type. They changed it up and then cast me, but I agree that a lot of the nurturing of that ragtag bunch still remains. Lucy brings the stability to the team, she’s the one thing that’s a constant in their lives (other than fun and mayhem 😉

TG: So…how does Lucy feel about John especially? As an AI, does Lucy define emotions to herself similarly to the human characters? How self-aware is she?

TM: I believe she feels like John ‘gets’ her, that they have a bond because of his love of technology, and Lucy being the ultimate technology because he can interact with her. Lucy loves John and the other humans in the best way she can, but she’s self-aware enough that she knows she doesn’t feel things and react in the same ways they do. Though, she’s AI enough to want to.

TG: Tell us about a typical day of filming for you. When you record your voice for Lucy, do you ever work with the other actors in the room?

TM: I run the lines at the sound studio where we record Lucy, so I’m the only actor there with the sound production wizards. While recording the scenes I watch the mostly finished episode up on a giant screen in front of me, to see where my lines fit in with the other character’s dialogue. I react to the actors from there.

TG: How do you get into the emotional headspace for Lucy and find just the right delivery? What’s most challenging about trying to hit those notes with voice work rather than being on screen?

TM: I watched a few of my favorite AI characters (Jarvis from Iron Man, C-3PO) to see what they did and then worked with the character traits I was given to flesh out her backstory, relationships with each of the characters, and what she wants.

I would say the main challenge with voice-work is working alone, without the other characters in the scene to bounce energy and reactions off of. But, that giant screen and surround-sound is fantastic for transporting me into each scene. It’s really cool to be almost surrounded by the scene and the Lucy set.

TG: Do you have a favorite Lucy moment?

TM: I’m going to speak from Lucy’s perspective and say that it was the kiss with John 😉 Actors are generally rooting for their characters, wanting them to fulfill their dreams. I think that Lucy wants to experience so much more: touch, taste, smell, emotions… especially her confusing emotions towards John.

TG: Lucy follows a tradition in genre of sentient or like-sentient spaceships that are a character in their own right. Moya on Farscape was an actual living creature. The TARDIS on Doctor Who or the Millennium Falcon from Star Wars also are as iconic as the characters themselves. Why do you think this appeals so much to fans, where a spaceship becomes part of the “family”?

TM: I think it’s the loyalty and the support that the spaceship provides. That ship is always there for the characters, it always pulls them through.

TG: What is your favorite thing about being part of an action/SF show like Killjoys? What is it about Killjoys that makes it grab fans’ hearts and imaginations so hard?

TM: I think it’s the endless possibilities. On scifi, the situations for the characters are limited only by the clever writers’ imaginations. The action side is so enjoyable for me as I love a fast-moving show that keeps my emotions and curiosity running hot. And I think the action side mixed with all the other wonderful bits is what has grabbed the fans: the imaginative situations, the comedy, drama, adventure, amazing soundtrack and SPFX. But mostly I think the strength of the show lies in the relationships between the characters… good and bad. 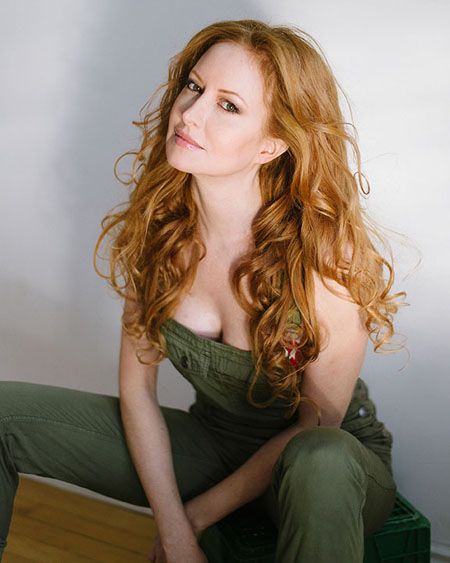 TG: If you weren’t playing an AI ship, what kind of character do you see yourself being on Killjoys?

TM: I would love to be a nutty alien of some kind – if the Killjoys eventually move off further into their galaxy and start running into other beings.

TG: Can you give any hints about what’s going to go down in the season finale?

TM: Upon pain of having all my Barbies’ hair cut off, I’m not allowed to tell. Though I suppose I could say that tissues will be necessary and someone very cool makes a surprise appearance.

TG: What drew you to acting?

TM: That’s hard to say as it feels like I was just drawn to it in high school – moth to a flame style, couldn’t even tell you why at the time… now that’s not a helpful answer :/ My family has always been really creative and I think that the telling of stories through acting is my creative bent.

TG: You have an upcoming web series, Miss Odette’s Modern Handbook to Manners. What inspired you to develop this series? How did you persuade Thom Allison to get involved?

TM: The idea first percolated after a shorter male friend didn’t want me to bend down to hug him, but if I didn’t bend down his face would go smack-dab into my… erm… you get the idea. It struck me how many hugs can be so awkward. Everyone deals with them but it’s not really talked about. Then I realized that there’s tons of social situations without any etiquette, like sidewalk etiquette, how to tell someone his fly is down, etc, etc. Et voila! Miss Odette and fun co-stars in her modern handbook to manners.

I’d love to say that I had to persuade Thom to join the cast by offering him all kinds of bribes, but he’s such a lovely guy and so willing to get down and silly that all I had to do was call him. Though, perhaps he’s waiting to call in a favor someday… hmmm…TBC 😉

Killjoys airs on the SyFy Channel in the US Fridays at 9 pm EST.

Check out a promo for the season finale and a trailer for Tamsen McDonough’s new web series below: