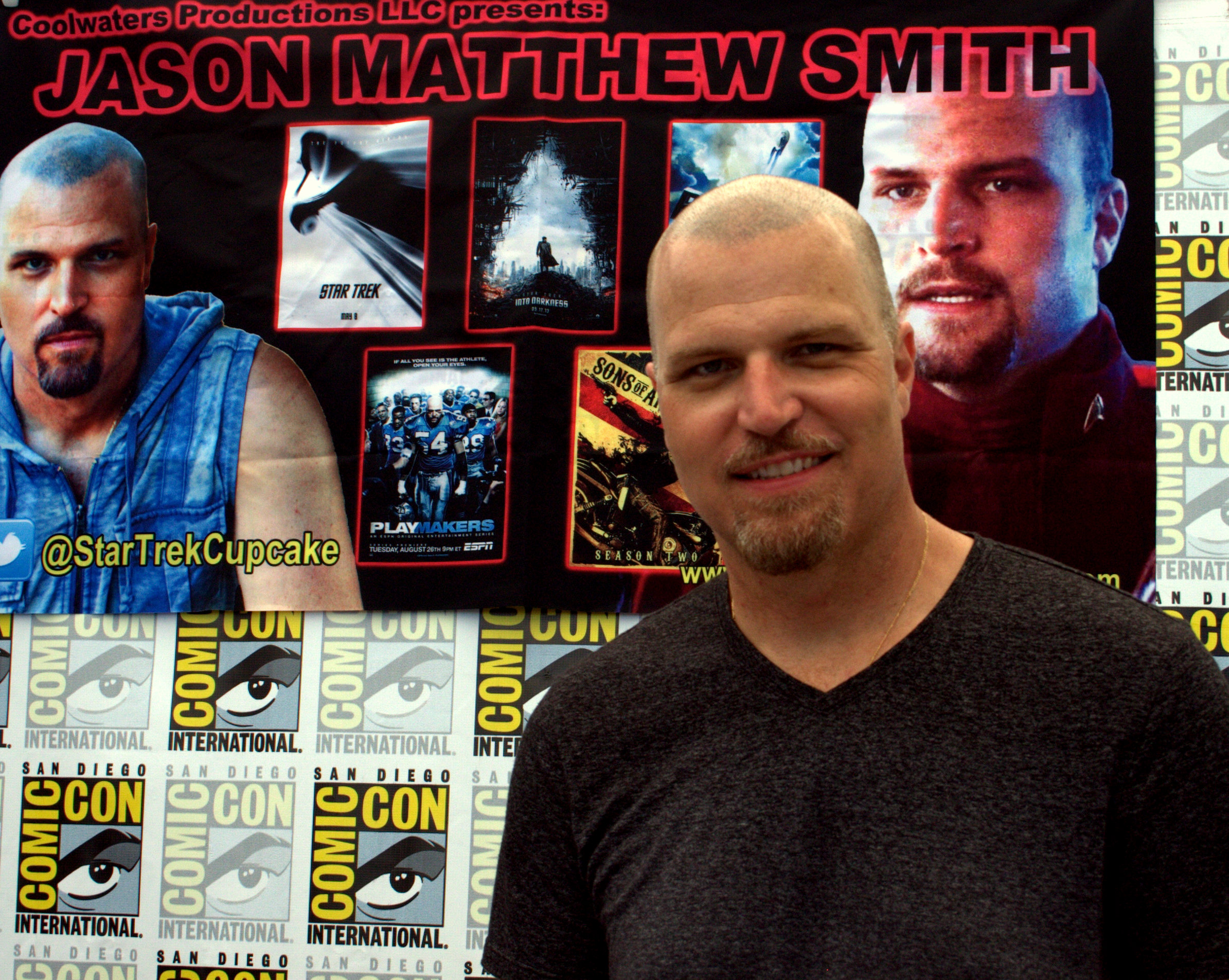 San Diego Comic-Con has come and gone and one of the biggest highlights was my conversation with Jason Matthew Smith.

Smith’s most recent notable role is that of “Cupcake” from the Star Trek reboot franchise.  The part started off small in the first Star Trek film, but eventually grew into a character with an actual name (Security Officer Hendorff, but ‘Cupcake’ has a nice ring to it), a reoccurring part across all three films, and even appearances in comic books based on the series.

Jason Matthew Smith had a booth set up in the Sails Pavilion at San Diego Comic-Con to meet with fans and was gracious enough to spend a few minutes chatting to me about the film, his experience at the convention, and the one of a kind film premiere that happened the day before.

When you did the first role in the first film, did you expect it to become a re-occurring character? Or did you think it was just going to be a one film type character? 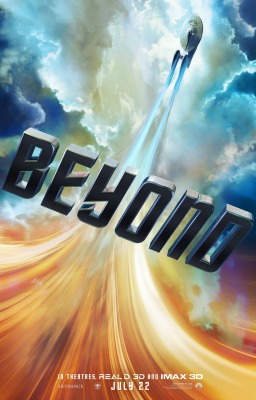 Well, I am a redshirt, so I didn’t have high hopes for my character’s survival in the first one, but when it happened, you know everybody asked me when I got cast. They said: are you a redshirt? And I said yeah. And they’re like ‘aw dude I’m so sorry, I’m so sorry.’ I’m like why? Because it’s such a cool honor to be a red shirt. But I never thought that it would last as long as it has. And it’s like a little role that keeps growing and growing and growing. I had the most shooting in this third one but it’s a shame because I just watched the premiere last night, all my stuff got cut out; they did rewrites on it and they said the stuff that I shot didn’t go with the narrative that they were trying to say. But for the second time I’ve shot death scenes that have been deleted and I’m still alive so there may be a fourth.

Yeah, I heard they announced that there’s gonna be a fourth. Do you have any idea if you’ll be in that or is that still in the works?

It’s still in the works, it’s very hush hush. I think at this point. I’m just hoping that maybe I could be a part of it. That’s all I want.

Well, we hope so, too. The very first scene that you had you were kind of beating up the protagonist of the film, so when you got that were you a little nervous that you were going to come off as kind of a bad guy in this role?

You know? Having those fight scenes are a lot of fun; they remind me of those old John Wayne movies, especially that fight scene in and of itself and somebody has to play the bad guy every one and a while but I’m the good guy in that scene, he’s the bad guy. Kirk is the bad guy.

He’s out of line; he’s hitting on Uhura and I totally put him in his place. Yes, he kicked me over a table because he is Captain Kirk, but he did get his butt kicked in the end and he deserved it and I think it was his wake up call to become the phenomenal Captain that he is now.

It’s true. So in a way you were kind of a catalyst for the Kirk that became the protagonist that we all love in the other films.

That’s right and I feel I’m kind of a, like part of everybody. I’m a Trekkie. I’m the fly on the wall for the Trekkies. I was there when Captain Kirk took his Captainship and sat in the chair for the first time and I keep getting drawn back into that world and I was on the mission when they went to go get Khan, of all things. It’s unbelievable that I get to be where I am and I don’t take it for granted for a heartbeat.

So I do have a question, you just said that you’re a Trekkie. Were you a Trekkie before you got this role or was this role kind of an introduction to Star Trek as a franchise?

No, I was very familiar with Star Trek growing up. I always loved them, the original cast. I watched all the original series in the seventies in syndication and then later all the movies when the came out to the theater. I loved them all, especially Wrath of Khan. Who doesn’t? And then in college I had, for some reason I had like six roommates; we lived in this big house and they were all fanatical Star Trek fans. I think at the time it was Next Gen and then shortly there after Deep Space Nine so I’ve definitely been familiar with it and really attached to and now I’m a part of it so it’s amazing.

That’s kind of amazing. Besides Star Trek are there any other like genre shows or movies, like science fiction/fantasy/comic book type stuff that you’re interested in?

Oh yeah. Lord of the Rings. My father used to read those books to us as kid. That’s kind of weird right because it’s like a seven-, eight-year-old having these epic battles and stuff. It was our form of entertainment. He would just crack open a book in front of the fire and read to us. And I do that with my kids now. So Lord of the Rings is definitely one of my big favourites. I’m also a fan of Game of Thrones and I love all the Marvel/DC superhero stuff too.

So what projects do you have on the horizon after this film? What’s coming up for you?

Okay, so I got two independent films that I’m working on with my wife who is producing and writing the first one. I’ll be starring in that, it’s a romantic comedy. We’re shooting in LA this fall, early spring. And then next summer I am doing an action-adventure comedy that we’re shooting in Morocco. I won’t be in that one, I’ll probably be more in a producerial role of that one. And then I got a couple of more undercover projects that I can’t talk about yet.

Well, we will keep an eye out for news on that. Last question, so you were at the premiere last night, which was kind of a unique premiere having it out here at San Diego Comic Con. Was this your first experience going to a premiere like that?

I think it’s the first time for anybody going to a premiere like that. That thing was epic, off the charts. We had the full press line with press from all over the world. I mean Asia and Russia and you know China. Everywhere. And then you had drones flying overhead and you had people dressed up in costumes outside. Then you had the outdoor IMAX theatre with a 90-piece orchestra and a choir and fireworks and lasers and smoke. It was incredible.

I unfortunately did not get tickets to it but I went through the draw, I camped out for it. But I did see the fireworks and everyone that I know that went said it was amazing.

It was very emotional too they had, before hand they introduced all the cast and when it came time to talk about Anton, JJ said some very touching words and in fact his parents were in attendance last night which really broke my heart. I think I was sobbing in tears at the time because you know he meant so much to everyone. We’re so like a family and not having him there, it seems like something was missing and someone was missing. And I thought it was very touching that JJ did that. And we had like a minute of silence in remembrance of him.

Thanks for taking the time to chat with us Jason!

For more information on the new Star Trek film, check out Von’s review: Star Trek Beyond is Delightfully Episodic!

Previous:iZombie Actors Take a Bite out of DragonCon 2016
Next: Marvel Releases October Solicitations! The X-Men are safe for now!