iZombie Actors Take a Bite out of DragonCon 2016

The guest list for Dragon Con grows ever larger with the addition of three iZombie actors! Friday morning, Dragon Con promised us some juicy guest announcements. We should have known that it would be zombie-related with the keyword ‘brains’.

Honestly, I stopped paying attention after some of the Game of Thrones guests were announced (I’m a huge Jack Gleeson fan!), I went about my business. If it hadn’t been for a friend tagging me in the post about iZombie actors being added to the guest list, I probably wouldn’t have seen it…but I’m glad I did!

Yesterday, Dragon Con’s official Facebook page made the big announcement that not one, not two, but three iZombie actors would be in attendance. They dragged out the announcement for a few hours: first with Aly Michalka (Peyton), then with David Anders (Blaine DeBeers), and finally, with the biggest surprise, Liv Moore herself, Rose McIver. 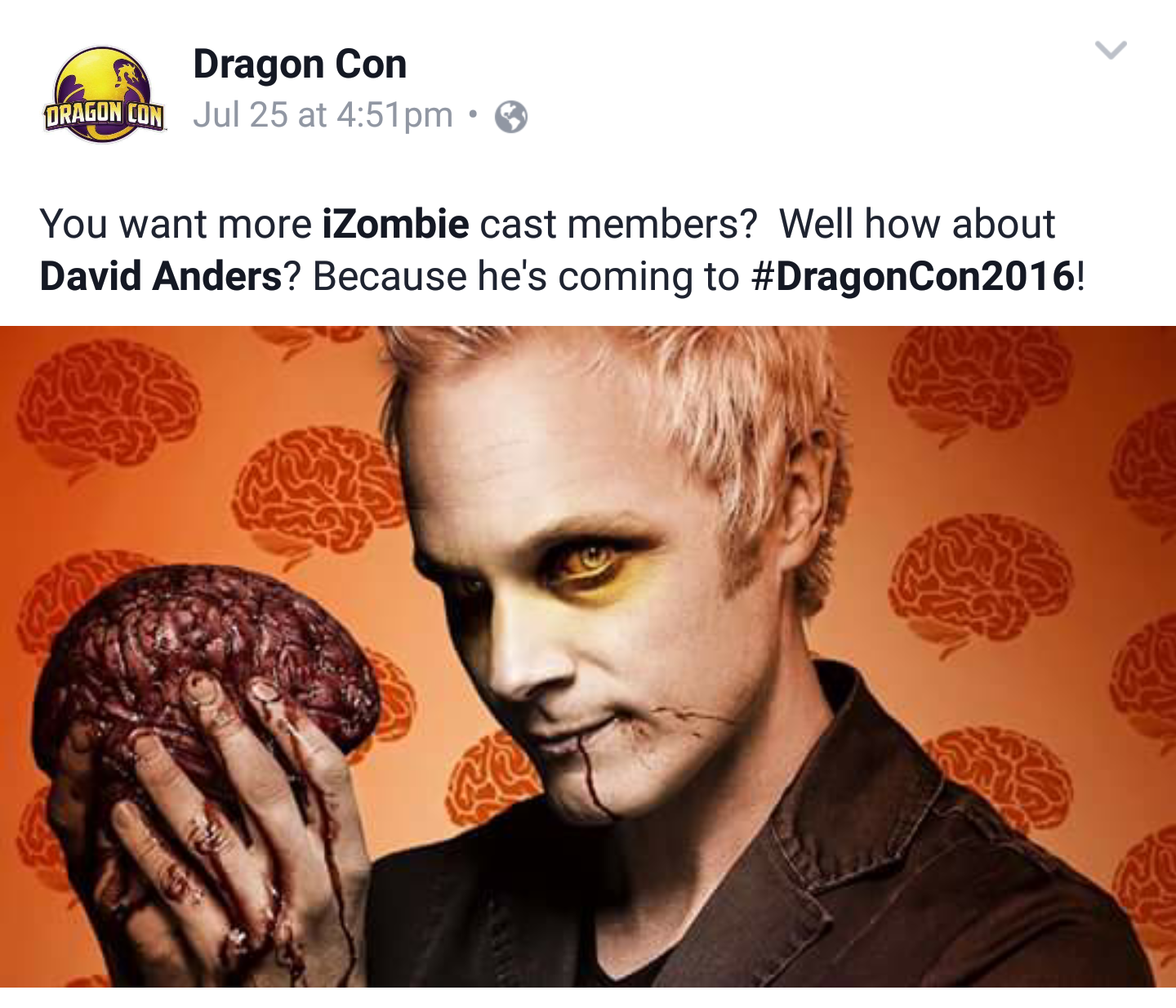 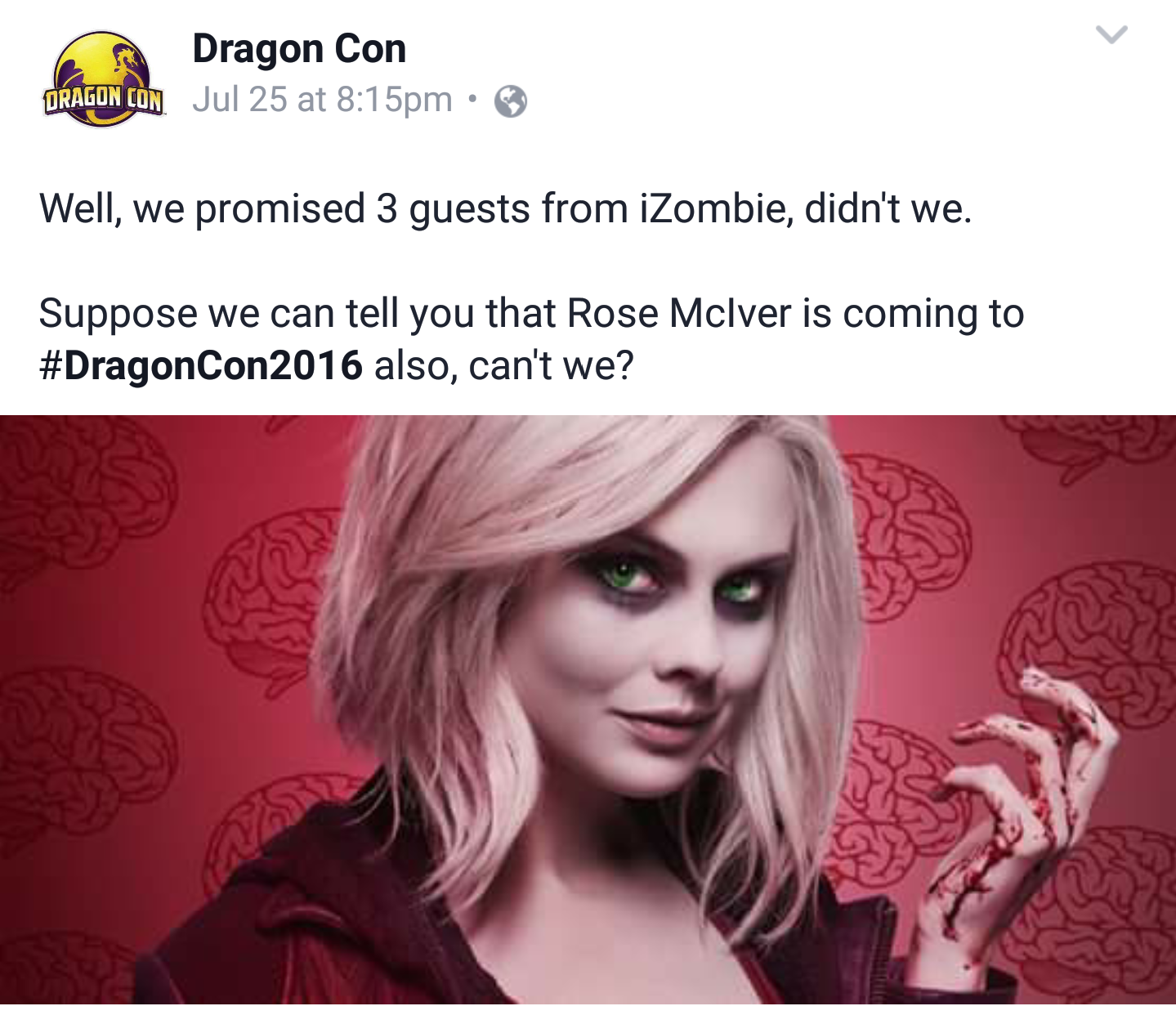 I’m a HUGE fan of iZombie. I started watching it last summer and immediately fell in love with the story and the characters. I knew I would be delighted with any iZombie cast members or production team. I’m a bit sad that Rahul Kohli (Dr. Ravi Chakrabarti) and Malcolm Goodwin (Detective Clive Babineaux) won’t be in attendance, but it’s probably safe to assume that their filming schedule may prevent their appearance. Executive Producer Rob Thomas tweeted yesterday that the first day of shooting had begun! The cast most recently appeared at SDCC 2016 for press and interviews, and Geekiary staff members Erin and Tara even got a chance to meet Aly Michalka out at dinner one evening.

Tara also wrote an article about the exciting announcement that Gillian Anderson is attending Dragon Con in September; with these iZombie announcements the excitement continues to grow. I’m so psyched for Dragon Con, even more than I already was!

Be sure to check out our Dragon Con masterpost and follow our social media accounts, where we’ll be posting updates throughout the summer.

Previous:PositiviTEA Tuesday with The Geekiary: The Comic-Con 2016 Edition!